France Had Some Issues Firing Ze Missiles During The Syria Strikes 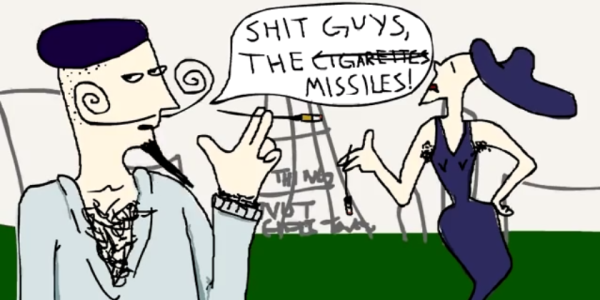 While U.S. and UK forces pummeled three suspected chemical weapons sites across Syria, the French military reportedly had some issues pulling its weight.

Steiger stated the cause of the misfire was currently unknown; Navy Recognition notes that the launch constituted the first time that the French military had ever actually fired its new MdCN (or “Missile de Croisiere Naval”) naval cruise missiles.

The French military currently has three advanced European multi-purpose frigates (FREMM) in its fleet, according to Le Mamouth: the Aquitaine, the Provence, and the Languedoc. It’s unclear whether it was the Aquitaine or Provence that experienced the misfire.

Not that it mattered: France’s remaining contribution of Scalp EG missiles were all deployed from military aircraft. “All the targets were hit,” Steiger told Defense News. “The military effect was obtained.”

Operational screw-ups happen, especially with new and relatively untested equipment. But with all this talk of the U.S. plunging into a global conflict in Syria, we can’t help but think of how the French will respond to the end of the world: by taking a nap and then (maybe) firing ze missiles: