“Project Pele involves the development of a safe, mobile and advanced nuclear microreactor to support a variety of DOD missions, such as generating power for remote operating bases." 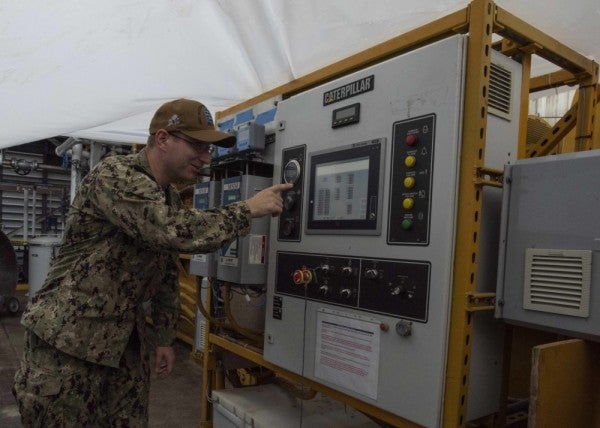 Every once in a while the military goes and does something which sounds like a superhero (or villain) origin story just waiting to happen. In November, it was cyborg implants and plasma-based water filters. But in 2020, there’s a new Dr. Manhattan-machine in town, and it could be coming to power up your forward operating base in the near future.

“Project Pele involves the development of a safe, mobile and advanced nuclear microreactor to support a variety of Department of Defense missions, such as generating power for remote operating bases,” the Office of the Secretary of Defense said in a press release on Monday.

Why does the military need an advanced nuclear microreactor? Well, it takes a lot of juice to run a global military presence: approximately 30 terawatt hours of electricity per year and 10 million gallons of fuel per day, DoD said. If that seems like a lot, DoD expects its power consumption will only increase in the future.

Of course, it always helps to have a little bit of great power competition greasing the wheels of scientific innovation, and Project Pele is no exception.

According to Jay Dryer, the director of Pentagon's Strategic Capabilities Office, the U.S. “risks ceding nuclear energy technology leadership to Russia and China,” he said in the press release.

“By retaking technological leadership, the United States will be able to supply the most innovative advanced nuclear energy technologies,” he added.

The reactors would be designed to be moved rapidly and safely by road, rail, sea or air and be capable of quick set up and shut down, said Jeff Waksman, program manager for Project Pele. The design would be “inherently safe,” he said, which would be great, because all superhero jokes aside, micro nuclear reactors sound pretty awesome.

According to DoD, microreactors could reduce the need for investments in costly power infrastructure. Meanwhile, civilians could use the reactors to support disaster response work, hospitals and remote locations where it's usually difficult to get electricity.

Of course, the reactors will only be as awesome as they are safe. DoD said it will conduct an Environmental Impact Statement for Project Pele, which we can only hope will include an OSHA risk assessment for the accidental creation of radioactive supervillains.

DoD is working on the project with the Department of Energy, the Nuclear Regulatory Commission, the National Nuclear Security Administration and industry partners, according to the press release.

DoD said it has chosen three companies to begin designing a reactor, and after two years of design work, one of the three may be selected to build a prototype.

You know what sounds a lot like X-energy? X-Men. This is how we get X-Men.