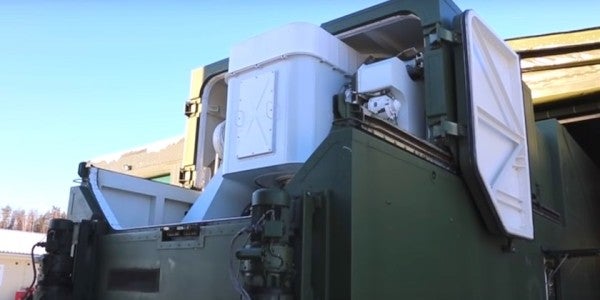 Russia's Defense Ministry has unveiled a new laser weapons system, the latest in a series of advanced offensive systems that the Kremlin has pledged to pursue.

A video published on the ministry's Twitter feed on December 5 showed the new Peresvet system being moved out of a hangar and put on display.

During his state of the nation address on March 1, President Vladimir Putin showcased a series of advanced weapons that he said the country's military was developing.

“We have achieved significant progress in laser weapons,” Putin said at the time. “It is not just a concept or a plan any more. It is not even in the early production stages. Since last year, our troops have been armed with laser weapons.”

It's unclear how operational the laser system is.

U.S. news reports in August, citing U.S. intelligence, said the nuclear-powered missile had crashed in a test flight in the Barents Sea, and Russian searchers were trying to recover it.

How The Other Half Fights
laser weapons
lasers
military tech
news