Here’s a tip: if you don’t want the enemy to capture your weapons, then don’t use them. But if you’re... 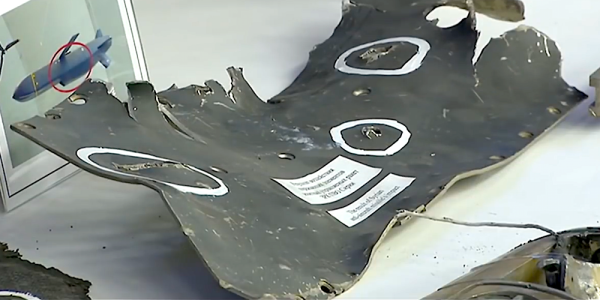 Here’s a tip: if you don’t want the enemy to capture your weapons, then don’t use them.

But if you’re afraid to use them because they might be captured, then what good are they?

Russia is crowing that it has recovered America’s Tomahawk cruise missiles that were launched in Syria but failed to explode. Russian officials have promised that examining two unexploded Tomahawks, salvaged by the Syrians and turned over to Moscow, would enable Russia would develop new jamming equipment. “Having this missile in hand, we can clearly understand what channels of communication, information and control, navigation and range finding it has. . . . And knowing all these parameters, we will be able to more effectively counter these cruise missiles at all stages of their combat deployment,” said Vladimir Mikheev, an adviser to the first deputy general director of Russia’s state-owned KRET electronics group.

Other Russian experts said that the Tomahawks would yield secrets of the latest missile navigation systems (one called it “a textbook on materials science, a textbook on technologies falling from the skies”). There’s a Russian video here, allegedly of Tomahawk debris, though it’s hard to be clear what we’re being shown or where the debris was found.

Perhaps Russia needs to crow about something: it’s not clear how many missiles its air defenses shot down (Russia claims many while the Pentagon claims none), and other than downing one F-16, Syria’s Russian-made air-defense missiles have proven ineffective against repeated Israeli air strikes.

But let’s assume Russia did, in fact, recover some Tomahawk missiles. Out of fifty-nine missiles launched at Syria in April, it is possible one or two failed to explode and were recovered. High-explosive weapons frequently don’t explode: 30 percent of the Allied artillery shells fired during World War I at the Battle of the Somme might have been duds, while modern cluster bombs have a dud rate as high as 20 percent.

The latest Block IV version of the Tomahawk is not the 1980s Tomahawk of Ronald Reagan or Operation Desert Storm. The Block IV is almost a drone, capable of loitering over a target while sending back imagery to ground controllers before being commanded to dive on to the target. It is also capable of redirected while in flight to one of fifteen pre-planned targets or to a set of GPS coordinates. Over thirty-five years, the navigation system and warhead will naturally have been upgraded.

But it is still a Cold War subsonic cruise missile that seems a bit of a dinosaur when compared to the supersonic and hypersonic weapons that are being developed today. If Russia, which fields an impressive array of tactical missiles, needs to learn from the Tomahawk, then Moscow has problems (and Tomahawks have been used for decades—it’s hard to believe that Russia has never gotten its hands on one until now).

If it’s just a question of jamming the Tomahawk, then the United States will modify the missile’s systems to compensate for that jamming. It’s the old chess game of electronic warfare. Whenever new radar and communication systems become vulnerable to jamming, then they are upgraded with new or anti-jam equipment. The game goes on.

As Spock once told the Romulans, “military secrets are the most fleeting of all.”

How The Other Half Fights
military tech
news
Russia
syria