There are many military installations near San Antonio, including Fort Sam Houston, Lackland Air Force Base and Randolph Air Force Base. Whether you’re stationed... 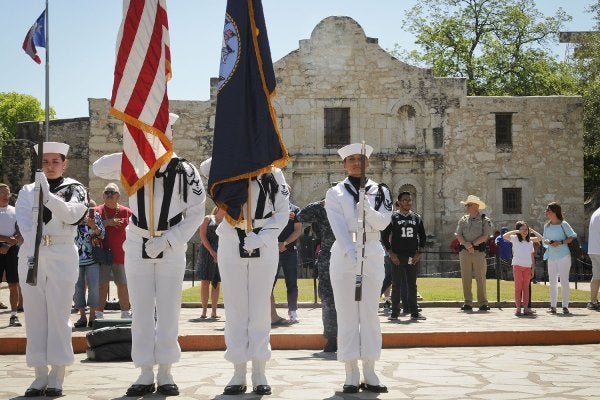 There are many military installations near San Antonio, including Fort Sam Houston, Lackland Air Force Base and Randolph Air Force Base. Whether you’re stationed in the San Antonio area or just visiting, there are lots of family-friendly military discounts to use while you’re there.

Hard Rock Cafes are known to be big supporters of the military. Head on over to the San Antonio restaurant to use their military discount.

The McNay Art Museum was founded in 1954 in San Antonio and is the first modern art museum in Texas. The collection has expanded to nearly 20,000 works including Medieval and Renaissance art and 19th- through 21st- century European and American paintings, sculptures and photographs. The museum offers $5 admission to active duty military.

Morgan’s Wonderland offers a $6 military discount for admission tickets. Park attractions include the Sensory Village, Butterfly Playground, the Wonderland Express and much more. Their operating seasons run from March through December.

The San Antonio Botanical Garden, which is open year-round, has 38 acres to explore and has many seasonal events, exhibits, classes and camps. It is open year-round. Active duty military can save $2 off admission tickets.

The DoSeum is a museum for children from birth to age 10 that provides engaging hands-on experiences with a series of three, two-story exhibit halls totaling 65,000 square feet. Head over with your little one and get a $1 discount for all military ID holders.

The San Antonio Zoo spans 56 acres and houses 750 species of animals. Plan a day of fun at the zoo and take advantage of their $1 military discount off admission tickets.

Schlitterbahn Waterpark and Resort in New Braunfels, Texas is located between San Antonio and Austin. The park has over seventy acres of attractions, river adventures, kids’ water playgrounds, and beautiful spots to relax and share a picnic. You can only get military rates on tickets at ITT/MWR offices at select military installations, including Fort Hood, so plan ahead.

The SeaWorld Parks and Entertainment salutes those who serve with free admission through their “Waves of Honor” program. Sea World is filled with amazing animals, shows, rides and exhibits. They even have a kennel service.

At Six Flags Fiesta Texas in San Antonio, you can get your heart pumping on the roller coasters, cool off at White Water Bay or relax at an entertaining show. While you can get military discounts, you have to plan ahead because the discounts aren’t offered at the park. Get discounted tickets at your local ITT/MWR office on a military installation, like Joint Base San Antonio.

The Witte Museum promotes learning through innovative exhibitions, programs, and collections in natural history, science and South Texas heritage. They are open year-round, and they offer a military discount of $1 off general admission for any adult when presenting a military ID.

What military discounts do you use in San Antonio?