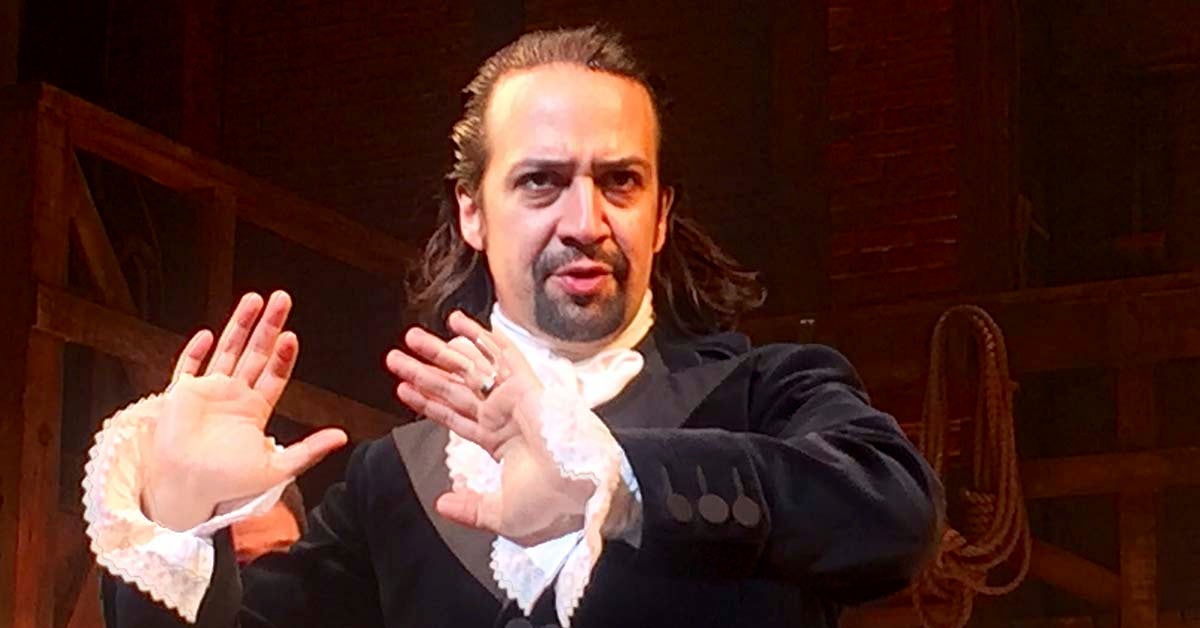 His name is Alexander Hamilton.

If you’ve already listened to the Hamilton soundtrack, you took a short break from reading this piece in order to finish the above lyrics. If you haven’t, it’s time. Nominated for a record-breaking 16 Tony awards and collecting 11 of them, composer Lin-Manuel Miranda’s modern day take on our founding fathers is catchy, addictive, and nothing shy of brilliant. On Friday, October 21 at 8 PM ET, PBS is airing Hamilton’s America, a documentary about the smash hit. Here are MilitaryOneClick’s top 10 Hamilton lyrics for military life:

1. I am not throwing away my shot

Every now and then, the stars align and you’re given that perfect opportunity to shine. Whether it’s the duty station you’ve been dreaming about or the leadership role you’ve been wanting, when you have the chance to show what you’re worth, don’t throw it away.

2. I hold these truths to be self-evident: that all men are created equal

I love this line so much, not only for what it is – the premise of our nation – but also for the line that comes next: “And when I meet Thomas Jefferson, I’m ‘a compel him to include women in the sequel.” While our military looks drastically different than it did in the Revolutionary War, the ideals remain largely the same: we are all in this together. Never has that been more true than it is today; our military has never been as inclusive as it is now.

3. I need my right hand man back

Everyone needs a wingman (or woman). We all need that one person who picks us up when we’re down, who challenges us to be better and who revels in our successes just as much as their own. We all need a person who we know can turn things around, even when it looks like we’re heading toward defeat. Every Washington needs a Hamilton.

This very well could be the theme song of military life. Whether it’s orders, promotion panels, deployment return dates, housing, the detailer’s call, an appointment through TRICARE, we all have to wait for it.

5. That would be enough Forget fame, money, a legacy. All Eliza wants is for her husband, Alexander, to be able to come home from the war alive and to meet their son. That would be enough. Sound familiar? It’s so easy to get caught up in the day to day nuances of military life, but in the end, coming home safely is what matters the most. The rest is trivial.

6. History has its eyes on you

Fifteen years into the War on Terror, and time will tell what is written in the history books. Let’s hope they say that our military families continued to serve with honor, distinction and integrity. If the definition of integrity is doing what’s right while no one is watching, we’ll remember that history has its eyes on you.

This oft repeated question is a staple line in military life, right alongside “wait for it.” We’re always looking to the next move, assignment, duty station, deployment. Aren’t we always wondering what comes next?

While we spin ourselves up waiting for it and wondering what’s next, it’s important to, every once in awhile, take a break. Although Hamilton couldn’t be convinced, we know you need that home leave. Cherish your time away with your family.

9. The world was wide enough

So often military life feels competitive. Whether you’re competing for a ranking, a position, a title, a home business, a friend, the world is always wide enough. There is always enough room for more kindness, more leadership, more encouragement. The world was wide enough for Hamilton and Burr. It is wide enough for you and any battles you may be facing, too.

On your darkest, most discouraging days look at where you are. Look how far you’ve come. The friends you’ve made, the lessons you’ve learned, the hurdles you’ve cleared. You’ve grown. You are stronger than when you started. You are braver than you’ll ever know, and it will only keep getting better.

It’s hard to narrow it down to only ten lines from Hamilton that are applicable for military life. The musical is rooted in our military’s beginnings. From the battles in Chesapeake Bay to the final one at Yorktown, there is so much that can be learned in those soundtracks… and not solely about history. Hamilton is more than just a musical, it’s a journey through the spirit of our early believers– our storied founding father- – and the heart of our nation’s upbringing. T. T. Robinson is a proud Navy wife, writer, and crisis management consultant – a skill that proves useful as the mother of two young children. She is the founder of Humans on the Homefront, author of the New York Times Deployment Diary, managing editor for SpouseBuzz, and political correspondent for NextGen MilSpouse.