Here’s how GI Bill reform would help — and hurt — families

If lawmakers and veteran advocates have their way – and it looks like they will – a set of big changes will... 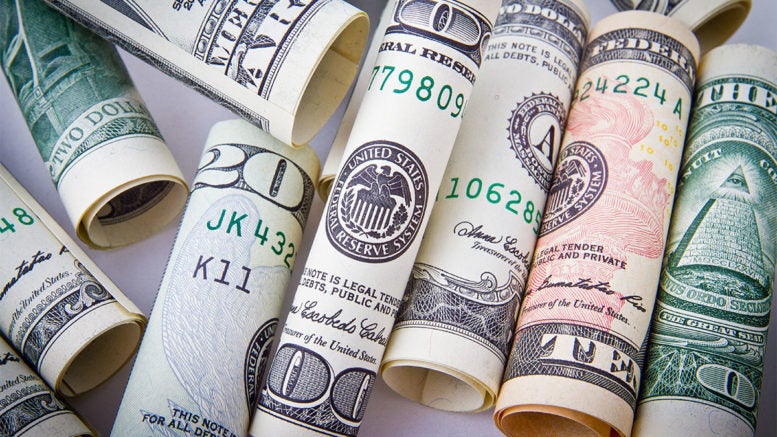 If lawmakers and veteran advocates have their way – and it looks like they will – a set of big changes will soon hit the post-9/11 GI Bill, including a trio of changes that could impact the amount of housing allowance you receive each month that you or your veteran is in school.

Most of the news reports on the changes focus on the impacts that are specific to the veteran. For example, the proposal removes a use-or-lose time cap and extends the benefit (but not transferability) to anyone who has earned a Purple Heart award, regardless of how long they served.

But the bill includes more than 25 other individual changes — and some of them impact military and veteran family members. Here’s the rundown.

First, a reminder of how the post-9/11 GI Bill works

Military members earn the full post-9/11 GI Bill by serving on active duty for at least three years, or, if medically discharged thanks to a service-connected disability, at least 90 days. Guard and Reservists can also rack up full benefits, but they have to hit service benchmarks. You can see those rules here.

Those using the GI Bill qualify for a monthly housing stipend for the months they are actively in school. The housing stipend is tied to the Basic Allowance for Housing (BAH) rate of an E-5 with dependents in the zip code in which their school is headquartered, plus $16. The housing rates update annually in August.

Military members can also choose to give their GI Bill to a child or spouse through a rule called “transferability.” To transfer the benefits, service members have to meet a time-in-service requirement while also committing to serve extra time (with a few exceptions). Read more about how to transfer your GI Bill.

If a service member is killed in combat after 9/11 and didn’t transfer his or her GI Bill, the survivors can still use it under a program called the Fry Scholarship. However, those individuals cannot use the GI Bill’s Yellow Ribbon Program, which allows other users to attend a more expensive private school while limiting, or sometimes eliminating, extra cash they’ll have to pay out of pocket.

Take, for example, someone who goes to a satellite school (at a place I just made up for this example) in Modesto, California, but the school’s headquarters is in San Diego, California. That person is getting the San Diego housing allowance – more than $1,000 more a month than the calculated cost of housing where they live and attend classes.

But if the person was attending classes in San Diego at a school headquartered in Modesto, they would have the opposite problem and be making $1,000 less than the calculated cost of housing in their area.

The reform bill fixes that by setting rates tied to where the person is actually attending classes. For some users this will come as a potentially big pay cut; for others it will be an increase.

Changes the amount of allowance you get. Another change will impact only future users. First, a little background: The housing allowance in the GI Bill isn’t actually “BAH.” It’s Military Housing Allowance, or MHA. Right now, BAH is set below the calculated rate of housing costs thanks to a change Congress made several years ago. But the GI Bill housing stipend, MHA, is still set at the old level. That means the GI Bill’s MHA is an E-5 with dependents rate for the school’s zip code, plus $16.

The reform bill would change that. Instead of the current system, the GI Bill’s MHA and the Defense Department’s BAH would be the same for students who start to use the benefit after the bill is signed into law. While that would not impact those currently using it, if you were planning to start using it in the future, you could see a slightly lower monthly stipend rate than you would today.

This change allows the allowance to be pro-rated. That means if a Reservist is activated on September 30 but has been in school September 1-29, he’ll receive a pro-rated allowance for those days, instead of losing it all.

Expands the Fry Scholarship. The Fry Scholarship allows survivors of military members killed on active duty to use the GI Bill in that person’s stead, even if it wasn’t transferred. But Fry users do not have access to the Yellow Ribbon Program, which expands the GI Bill benefit to cover more costs at private schools.

The reform package changes that. If passed, Fry users would be also able to use the Yellow Ribbon program.

Other survivors or spouses and family members of veterans ruled “permanently and totally disabled” have access to a different type of education benefit – the Survivors’ and Dependent’s Educational Assistance Program. This program offers more months of coverage than the GI Bill – 45 instead of 36 – but about $10,000 less in annual benefits.

The reform bill would both increase the annual amount users can access from $1,024 a month to $1,224, while decreasing the amount of total months available from 45 months to 36. For users who planned to take the full 45 months, that makes the benefit worth slightly less overall.

If your school closed or closes, you’ll get your benefits back

Lost benefit would be restored. Students hurt financially by the closure of private, for-profit schools have been big news over the last several years. Caught up in that were many veterans. But unlike users of Pell Grants or other federal financial assistance who had their money restored by Uncle Sam after the schools shuttered, GI Bill users were simply out of luck. No restoration of benefits. Nada.

This bill changes that for both veteran users and users of a transferred benefit – and the change is retroactive. That means if at any point a veteran or other GI Bill user lost months of benefits because their school shut down mid-degree program, that money will be restored. The original reform bill only restored it for the month the school closed. But a change in the works before the bill goes to the floor for a final House vote means the legislation will now will cover the entire amount lost.