by Kristine Schellhaas A few weeks ago a Marine was killed in a rocket attack in Iraq. He paid the ultimate... 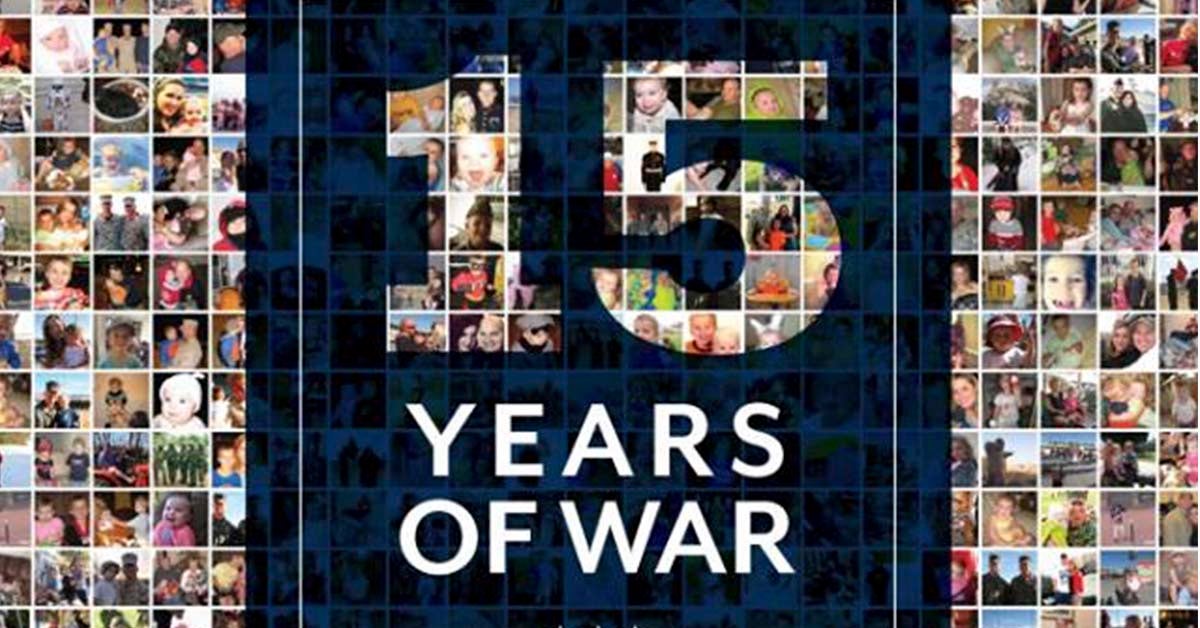 A few weeks ago a Marine was killed in a rocket attack in Iraq. He paid the ultimate price for our freedom and his death caused the public to sit up and take notice once again of the role our military and military families play in the Global War on Terror.

The war was declared over in 2012, but we all know that the war didn’t end just because the President declared it so. It very much affects our military today. In fact, my husband just returned home this fall after deploying to Iraq for six months. Five years ago, I realized that my husband and I didn’t have the mementos of love letters and photos exchanged like my grandparents did in their wars; our history has almost been completely digital. I wanted those moments back to reflect and remember, so I painstakingly dug through old backups to locate emails (this was before everything was on the cloud) and stitched them together to capture our journey.

How War and Military Culture Has Evolved

I set out to answer the question I get asked the most by civilians, “How do you do it and what’s it really like?”

I wanted to showcase our family’s story — one that likely resonates with military families across all branches — to show what the military spouse, child,  and service member have gone through from the days just before 9/11 until today. I wanted to use it as a tool to explain to the rest of America how longtime war has impacted families as a whole.

War today has taken on an entirely new meaning for our generation as these wars have been fought completely different from those in the past.

I remember feeling scared and overwhelmed as I watched my husband’s platoon fighting live in Iraq in initial invasion on the news. I didn’t hear from him for almost two months and I couldn’t pretend that he wasn’t in the fight; I saw it with my own eyes.

On social media daily, our families are up close and personal with tragedy. Each time a story surfaces about an accident or the loss of a service member, families are hoping and praying that they won’t get that fated knock on the door revealing a military member in dress blues: “On behalf of the President of the United States, the United States Marine Corps, and a grateful nation…” A Generation of Bonds

The bonds forged by military spouses on the home front and on the ground and air with the service member will last a lifetime. I find myself continually in awe of the amazing men and women creating, volunteering, and serving other families on this journey. 15 Years of War sets out to celebrate those friendships and bonds and explains to outsiders this special village we have. Kristine Schellhaas’s success as an entrepreneur and nationally known advocate for military families is the result of her unwavering passion, fearless commitment, and unique authenticity.

Born and raised in Boise, Idaho, Kristine currently resides at Camp Pendleton in Southern California with her husband, two children, and dog. In her spare time, Kristine enjoys reading, as well as celebrating life and red wine with friends.