4 lessons from one of the Coast Guard’s pioneering women 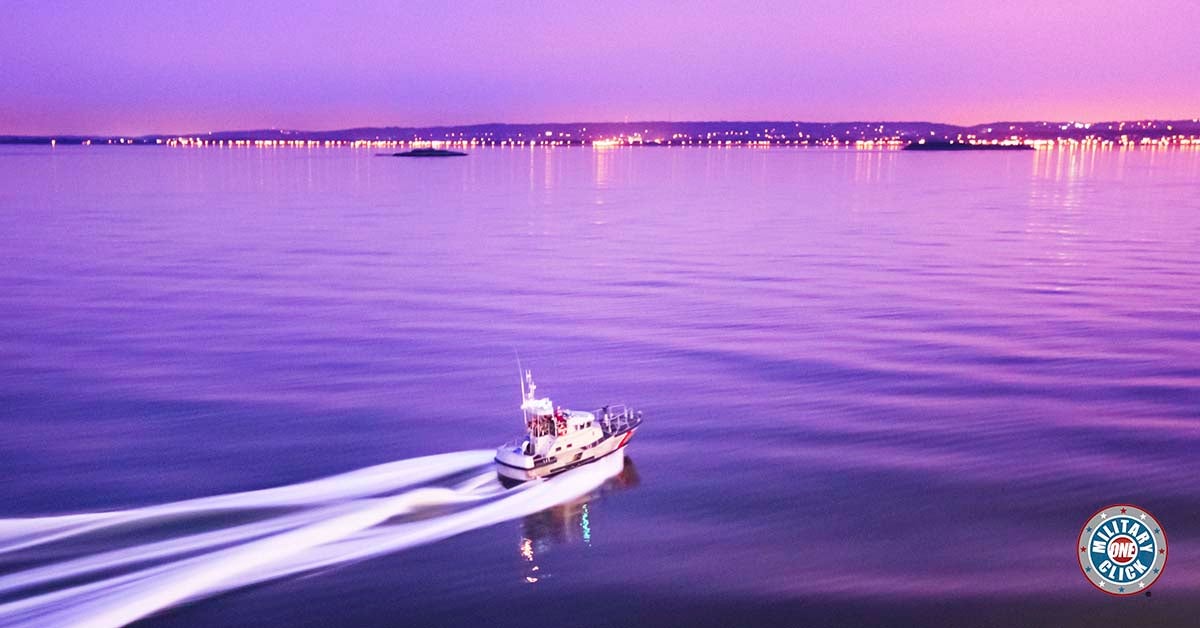 It was 1975. President Gerald Ford had just signed Public Law 94-106, allowing women to enter the service academies. Years earlier, high school junior, Joanne McCaffrey, had seen a commercial enticing civilians to “Join the Navy, See the World.” She applied to the Naval Academy, but didn’t receive a response. She received a mailing from the Coast Guard Academy, so she also put in an application there. McCaffrey heard back from the Coast Guard: she was in.

Joanne McCaffrey was one of the first fourteen women to graduate from the Coast Guard Academy, and has been blazing trails ever since. Let’s look at four incredible lessons McCaffrey’s path has taught us.

McCaffrey wanted to attend a service academy because she thought it would be an amazing experience. Her father had been in the military and she also wanted to serve, but her mother was adamant she go to college first. A service academy seemed like a happy middle ground. While some would find the unchartered territory daunting enough to deter them, McCaffrey welcomed the opportunity. She was willing to take a risk.

2. Don’t settle for the minimum

Just days before McCaffrey was to leave for New London, Connecticut, she finally heard from Annapolis: she’d been accepted. The Naval Academy was her dream; it’s what she wanted all along. But before changing plans, McCaffrey made a phone call to each school’s admissions office with a question: would women be allowed to go on the summer training cruises? The Navy said no, while the Coast Guard said their training would be the same for the female cadets as the males. McCaffrey’s mind was made up; she would train aboard the tall ship, USCCGC Eagle, and become a Coast Guard officer. When the training is the same, the experiences, and expectations, are more equitable.

3. Ask for what you need

The first year with women at the Coast Guard Academy bore a steep learning curve for everyone. McCaffrey recalls signs taped over the previously designated male bathrooms as female only, and paper placed over the urinals, almost in apology. While the school’s administration worked hard to accommodate the women, the three classes ahead were less than thrilled.

McCaffrey recalls, “The press was all over us. We’d be in line for haircuts and the media was there. We got so much attention that I think it built resentment. Despite trying to be a squared away cadet, I got written up by the upper class – a lot! I can’t say they rolled out the red carpet for us.”

But just as there were those who weren’t terribly interested in the women’s success, there were plenty of silent cheerleaders and the administration was committed to seeing them graduate. McCaffrey remembers the leadership asking for input from the female students. Although some thought there might be retribution for speaking their mind, McCaffrey looked at it as an opportunity to provide honest feedback. On the obstacle course, the school had added a ramp to assist female cadets in scaling a wall. The reality was that the ramp actually pushed them away from the wall and made it far more difficult to scale. McCaffrey recommended they do away with the ramp and simply shorten the wall a few inches. She also suggested the school bring in someone familiar with cutting women’s hair, instead of the barber, and asked that they not have to get their hair cut so short and so frequently. The administration heard her. The ramp was removed immediately and the wall shortened. At the start of their second year, a stylist was hired and female hair regulations were updated.

4. Push the envelope, not just for yourself but also for those who will follow

After graduation and a two-year shipboard assignment, McCaffrey once again found herself in unchartered territory: she became a working mom. As she finished graduate school, she had her third baby, incurred a four-year service obligation, and moved to a new assignment in Cleveland, OH.  Although she had wonderful child care, she felt like she was on a roller coaster that never stopped moving.

“We had three kids, I was working, commuting, traveling quite a bit, and I was exhausted.  I was also missing much of my older children’s preschool experiences and that was breaking my heart.” Her husband, Frank Albero, was also active duty. “Although I was obligated to remain in the service due to grad school, I wrote a letter requesting to take a break,” she recalls. “I promised I’d come back to complete my obligated service, and while my immediate command approved my request, the next stop up my chain of command didn’t.”

Instead, her command agreed to let her work from home on Fridays. “I was the first telecommuter,” McCaffrey laughs. “It was back when your inbox was literally an inbox, and I would carry mine home with me on Thursday, and come back on Monday.” During this time, the Coast Guard was finding they had a serious attrition problem, especially with women. They formed a women’s study group, and the group was given McCaffrey’s letter. It evolved into the groundbreaking “Care of Newborn Children Program,” allowing new mothers to take a timeout from service with caveats: you couldn’t have obligated service (McCaffrey’s was now complete!), and your baby had to be under a year old (hers no longer was).

Undeterred, McCaffrey wrote another letter, and this time it was approved. McCaffrey took two years off and returned to the Coast Guard to finish a 27-year career as a Captain. Timing is everything, and the first answer isn’t always the final one. McCaffrey’s efforts are still incorporated throughout the Coast Guard, and, in the spirit of true equality, are extended to men as well.

Breaking down the barriers in your way isn’t just about you. It’s about the countless people that will follow behind as well.

[Tweet “Breaking down the barriers in your way isn’t just about you. It’s about the countless people that will follow behind as well.”]

When the Women of ’80 were invited back to the Coast Guard Academy for a twenty-year celebration, McCaffrey and her thirteen classmates were amazed at the differences. Long gone were the taped over bathrooms; women now enjoy multiple locker rooms. The female students have long hair, and both little things and giant things have changed. “That’s exactly how we keep moving forward,” McCaffrey says. “We’re never done.” T. T. Robinson is a proud Navy wife, writer, and crisis management consultant – a skill that proves useful as the mother of two young children. She is the founder of Humans on the Homefront and author of the New York Times Deployment Diary, featured contributor for SpouseBuzz, and political correspondent for NextGen MilSpouse.