This piece originally appeared in 2016 it has been updated to reflect changes is available resources the LGBTQ community. Editor’s... 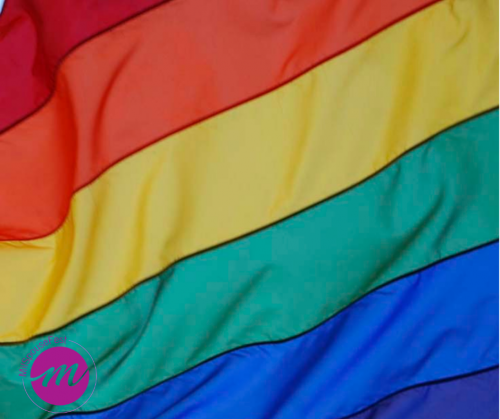 This piece originally appeared in 2016 it has been updated to reflect changes is available resources the LGBTQ community.

Editor’s Note: We had planned this piece on Pride Month and LGBT resources for military families and the publishing date before the horrific and unconscionable events at Pulse in Orlando. We hope that the publishing of this post in light of that hate and terror underscores our commitment to supporting all military families, regardless of what they look like or who they love, and our solidarity with the LGBT community at large.

Life is never what you expect it to be.

My wife is an Army veteran who is currently reenlisting; I work my 9-to-5 job. There are days when I don’t want to get up for work or clean my house and days I want my wife to already be back in the Army. (Waiting is such a tough thing to do when it means the rest of your life!)

I have been thinking about this blog post for the past few days, trying to figure out what to say. What words of wisdom could I share with LGBT and non-LGBT military families?  What better way to celebrate Pride than to share some resources I have gathered along my journey? Don’t get me wrong: I am by no mean a pro when it comes to being a military spouse, but I am learning every day. In 2015, President Obama declared June to be Pride Month. Along with the legalization of same-sex marriage nationwide in June 2015, this proclamation was a huge milestone for the LGBT community. Now, we are here during Pride Month, a year later and a year stronger.

I read the 2016 Presidential Proclamation about LGBT Pride Month stated by President Obama, “I call upon the people of the United States to eliminate prejudice everywhere it exists, and to celebrate the great diversity of the American people.” His statement really is the essence of what Pride means. In the end we are all Americans and we should celebrate each other.

From Wikipedia: “Gay pride or LGBT pride is the positive stance against discrimination and violence toward lesbian, gay, bisexual, and transgender (LGBT) people to promote their self-affirmation, dignity, equality rights, increase their visibility as a social group, build community, and celebrate sexual diversity and gender variance.”

Pride Celebrations around the country can be found here.

What does “Pride” mean to LGBT military families?

Many in the military know firsthand all about Don’t Ask Don’t Tell (DADT), the official ban of service by gays and lesbians in the military that was passed in 1994 and ended in 2011. Pride for military families means being able to be who they are and love who they love with full rights. Pride is also about talking to others and creating acceptance and tolerance for those who are different. Pride, for me, means being able to be a lesbian in my community and love my wife without fear or discrimination.

What resources are available for LGBT military families?

Every benefit and resource offered by the military and government is available to you if you are married and your spouse serves in one of the military branches.

I have to admit, I felt lost and confused when it came to my wife wanted to reenlist in the Army, as we weren’t together when she was in the military before. I had no idea what to expect–so many things race through your brain when your spouse decides to join the military. I wanted information. I wanted to know answers. I wanted to be strong.

Through some extensive Googling, I was able to find some great resources for LGBT military spouses. I recommend the following websites if you need resources or assistance. (Descriptions are in the organization’s own words.)

The Modern Military Association of America

The Modern Military Association of America is the nation’s largest resource and support network for the partners, spouses, families, and allies of America’s lesbian, gay, bisexual, and transgender (LGBT) service members and veterans. As a 501(c)3 nonprofit organization founded by the partners of active duty service members, AMPA has grown to the strength of over 40,000 members and supporters and is proud to be leading the nation in education, advocacy, and support for our modern military families. Through our unprecedented work, we’re building strong resource and support networks like no other.

American Veterans for Equal Rights (AVER) is the oldest and largest all volunteer service organization dedicated to supporting all active duty, reserve and veteran  members of the LGBTQ community. They support the military’s commitment to diversity. AVER provides resources support and PTSD among other topics. Military OneSource is a confidential Department of Defense-funded program providing comprehensive information on every aspect of military life at no cost to active duty, National Guard, and reserve members, and their families. Information includes, but is not limited to, deployment, reunion, relationships, grief, spouse employment and education, parenting and childhood services. It is a virtual extension to installation services.

As the largest civil rights organization working to achieve equality for lesbian, gay, bisexual and transgender Americans, the Human Rights Campaign represents a force of more than 1.5 million members and supporters nationwide — all committed to making HRC’s vision a reality. HRC envisions a world where lesbian, gay, bisexual and transgender people are embraced as full members of society at home, at work and in every community.

After my initial research slowed, I wanted to start a blog and website for lesbian military spouses and anyone else who wants to read or learn from my blog and website. I realized that I have story to share that many others have. Maybe other lesbian military spouses needed information, need stories, need help. Here I am today blogging away hoping I help, hoping I make a difference by sharing. Norine Holguin is the author of OMG Lesbian Army Wife blog and website creator of lesbianarmywife.com providing all military wives with resources and tips to help them on their journey as a military wife. Norine is on Twitter, Pinterest, Instagram, and Facebook.