This post is sponsored by the Breastfeeding Shop. We’ve all been there. You finally get the kids to sleep, only... 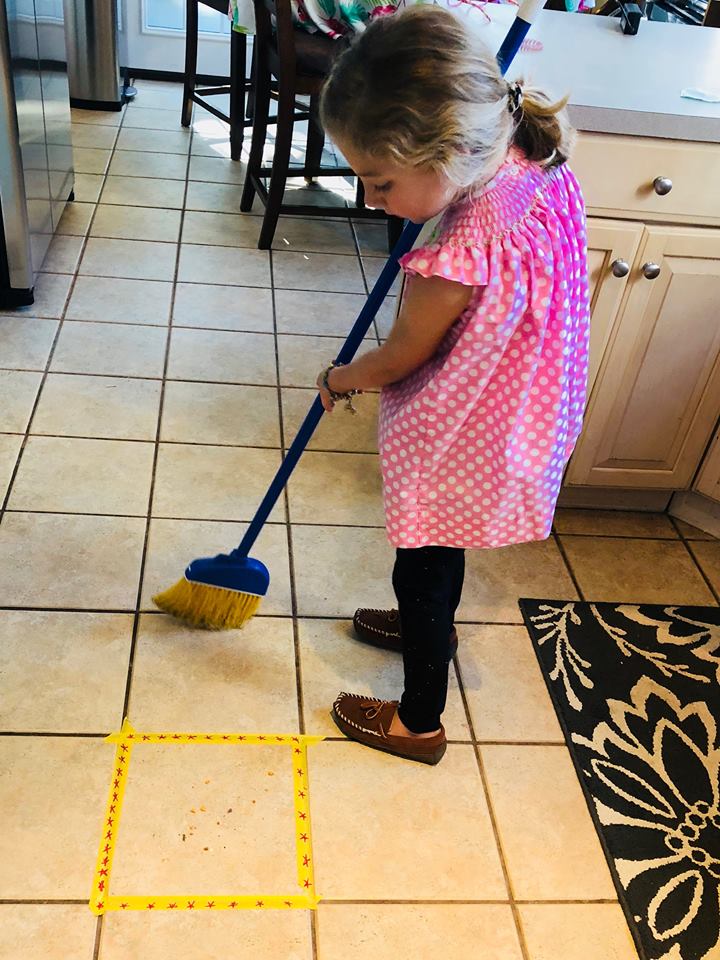 We’ve all been there. You finally get the kids to sleep, only to come downstairs to the mountain of dishes in the sink, the pile of laundry still waiting to be folded and the mail from two days ago still unopened on the counter. It seems there are little heaps of things all around the house taunting you as a reminder that you’re just not doing enough.

When your spouse is deployed, you’re trying to be everything to everyone. Somehow in the middle of trying to juggle 30 balls, it feels as though someone lit the balls on fire and is standing at close range pelting you with more. You’re forced to choose between deflecting the incoming shots or maintain your already precarious situation. You Just. Can’t. Do. It. All.

You know the moment. You’re looking around the kitchen, tears nearing your eyes at the sheer overwhelm when you take a deep breath and decide to “pull yourself up by your bootstraps” like everyone says you’re supposed to be able to do. But before you pick up a dish, you hear a little voice crying from the top of the stairs. Rinse, wash, repeat.

One of the hardest things for me during my husband’s last deployment was going through the exact scenario described above, every single night. When he’s home, we tag team bath and bed and dinner and dishes. One person takes kids, the other cleaning. Twenty minutes later, everything is magically done. But when you’re solo, you have to multiply time required by at least four because everything takes so much longer on your own. Insert a suggestion from a good friend of mine: paper plates. Voila. Dinner dishes take five minutes to clean up, your little ones can clear their own plates and everything is better. Go to Costco and buy the 500 pack and don’t ever look back.

There is something about trying to get out the door in the morning that adds a million percent to your stress level. You’re finally ready, teetering on that fine line between on time and late, and you notice your toddler put his shoes on the wrong feet. Not only does the physical act of changing shoes take precious time, the emotional toll of dealing with an already volatile three-nager is risky business.  Save you and your baby years of therapy later in life by cutting a sticker in half, and put one side of the sticker on the inside of each shoe for their easy recognition of which foot goes where. Brilliant and time saving.

Having routines for your kids during a deployment is crucial, and I (as a not-licensed in really anything but motherhood) think that having something special each week for them to look forward to is huge. Find a set time during the week to create a fun little memory for your kids and make things easier on you. We did “magic carpet dining” every Friday night. We spread a blanket out on the floor, ordered pizza (served on paper plates, of course) or made PB&Js, and snuggled up and watched a movie. Clean up was a breeze, the kids loved doing it, and it gave me a few minutes to really enjoy being a mommy instead of simply trying to survive.

I will never forget the grocery store trip I made with my then one-year-old daughter and newborn baby. It was an absolute disaster. The baby was hungry, my daughter was tired, all three of us ended up in tears; it was a full on train wreck. I spent most of the shopping trip consoling someone, and by the time we left the store, the sky had opened up and it was pouring. After I loaded the kids and the goods into the car I was sopping wet. I told a neighbor about the experience and she asked me if I’d tried their online ordering service. I did it once and I was hooked. Five years later, and I’m still doing it.

For a nominal fee, you’re able to order your groceries from your house and drive through to pick them up a couple hours later. An attendant brings them out to the car, loads them, and you don’t have to do anything. It’s amazing. I opted to pay the year-long subscription service (which for us is $99 for the year – less than $2/week), and I can’t tell you how much money I’ve saved by using this service. Ordering your groceries online allows you to compare prices easily, keep a running tab to make sure you’re sticking to your budget, and eliminates your impulse buys. Some commissaries offer this service now, and many local grocery stores have adopted this incredible technology. It’s a time and sanity saver!

Being solo often means that everything falls to you. Engage your kids in helping you as early and as often as you can. You’ll be surprised just how much they can actually do. From folding towels to wiping down surfaces, everything is better when made into a game. One of my favorite parenting hacks is the sweeping square. We put painters’ tape in the shape of a square in the kitchen and the kids take turns after meals sweeping the floor. It’s one less thing I have to do, and not only do they feel as though they’re contributing, they enjoy doing it. Wins all around.

Deployment is hard enough already. Use our five parenting hacks to make the solo situation a little easier.