5 things this military mom learned as a military kid

By Elaine Brye I hear you. You or your spouse signed up for this military life. But your kids? They... 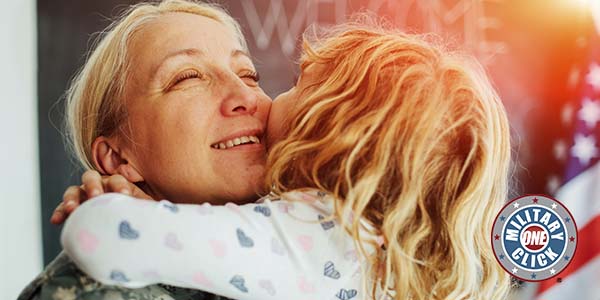 I hear you. You or your spouse signed up for this military life. But your kids? They got voluntold to be part of a military family. They PCS, endure the deployments, learn to adjust to new schools and find new places to sit in the cafeteria each time new orders come down. And you wonder if you are ruining their lives? Is this really all too much?

Let me tell you after (ahem) sixty-plus years on this planet I can unequivocally tell you some of the best things I learned where during my years as an Army kid. Yes, I moved 17 times and went to 12 different schools including 3 different high schools. But as I look back I can see how those experiences were a greater gift than I realized at the time. Now as the mom of four military officers and six military grandkids I take heart in knowing that they are learning some great lessons along the way.

1. Teamwork is the best thing.

I learned to be part of a team. My family became my unit. My six siblings and my mom and dad were my strength, my continuity, and my foundation. We learned to rely on each other because in the midst of change we were each other’s constants. Now decades later we still depend on each other in the best of times and the worst of times.

Speaking of worst of times–I learned to face and overcome challenges. I was a child of Vietnam. As my dad deployed multiple times I learned to step up and support my mom and siblings. I learned to be brave in the midst of hard things and that even kids can provide strength. I learned that hard times can be overcome which became a model for the challenges of life.

[Tweet “Hard times can be overcome which became a model for the challenges of life. #milkid”]

3. Make the world a better place.

I learned the value of service. As I watched my parents model service and duty to country I was in awe of their dedication and perseverance even in the most difficult of times. They became an example I hoped to follow. My dream was to make my world a better place whether it was my home, my neighborhood, or the wider world just like they did.

4. All kinds of people have worth.

I learned that people are valuable. I was exposed to people from all parts of the country with different backgrounds and experiences. I lived in different parts of the world and had to adapt to cultural diversity. I discovered we all had the same things in common. We love our families and want out children to have better lives.

I learned to be flexible. There Is nothing like growing up in the military to help you learn to be a creative planner. I can move from plan A to plan Z in a heartbeat. That has helped me in every aspect of my life from raising children to professionally creating successful grant applications.

I would not be honest to ignore the losses–of friends, the comfort of routines, and the favorite places. It was hard to leave so much behind.  Thankfully now the military community has put a lot of supports in place to help military children deal with the stresses of deployment and moves. But my life “in the fortress” was worth it. The foundation I received encouraged me to reach out past fear and become a teacher at age 50 and teach in Kabul, Afghanistan at age 55. Those were some of the most fulfilling accomplishments of my life next to raising and supporting my military sons and daughter.

Even though it can be hard to watch your children struggle as they make the changes required as part of their lives as military children, they will also be richer because of it.

Know that in the midst of these challenges, they are growing stronger. And isn’t that what we want as parents? Children who are adaptable, brave, bonded to their families with a reverence for service and duty who are accepting of differences. You can be very proud of who they are becoming. Elaine Lowry Brye, an avid supporter of and advocate for military families, served as a longtime moderator for the USNA-Parents listserv and was one of the founding organizers of its parent community website and Facebook page. She became a national figure when she introduced Michelle Obama at the 2012 Democratic Convention. She lives with her husband in western Montana. In Be Safe, Love Mom: A Military Mom’s Stories of Courage, Comfort, and Surviving Life on the Home Front, Elaine weaves stories from her own life as a military mom and those of other parents with advice, anecdotes, and wisdom to help guide other moms and dads on the long and bumpy road of having a child in uniform.