5 Ways to Go Green, and Save

This content is provided courtesy of USAA If you’re like many consumers who want to adopt a more environmentally conscious... 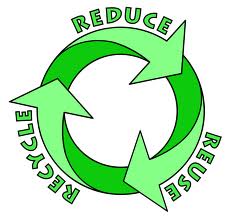 If you’re like many consumers who want to adopt a more environmentally conscious lifestyle, you may have discovered some inconvenient truths. A hybrid car simply not in your budget? Solar panels not realistic for your home?

If you’re budget-strapped but green at heart, consider a few easier ways to help save the planet — and your money, too.

The long slog to the office contributes to poor air quality. But electric cars aren’t the only solution.

Carpooling and teleworking are on the rise, with more and more companies encouraging ride-sharing and examining the benefits of work-from-home programs. The Spring 2012 Telework Week, sponsored by the Telework ExchangeSM, showed that if all eligible federal employees teleworked two days a week for a year, they would save $5 billion in commuting costs. The Exchange estimates that 12,527 trees would need to be planted to equal the environmental impact of those emissions in just that one Telework Week.

If the national average price of gas remains around $3.30, pumping five fewer gallons of gas every week for a year could save you $858. Driving less also means less wear and tear on your vehicle, and it may help you earn a low-mileage discount on auto insurance.

For 2012, the estimated energy costs for the average U.S. household was about $2,175, according to the Alliance to Save Energy. To reduce that cost, consider:

Potential cost savings: $40 over the lifetime of one CFL bulb compared to an incandescent bulb; up to 30% in related electricity bills for ENERGY STAR® appliances, according to energystar.gov.

Consumers migrating to mobile banking apps and online banking techniques can enjoy the convenience of:

Online banking has gone mainstream. A recent study by Javelin Strategy & Research found that 34% of respondents in 2011 received their bill statements online only — no paper formats through the mail. That’s a big jump from the roughly 25% online-only bills reported in 2009. The Electronic Payments Association estimates you’ll save around $100 annually on postage alone by paying bills online. For more reasons to bank online, visit payitgreen.org.

4. Do an Eco-Home Makeover

Home energy use produces twice as much pollution as a single car in one year, according to the Environmental Services Department for the city of San Diego. But an upfront investment can mean big savings.

When it comes to beverages, drinking bottled water can cost you — and the environment. According to the Center for a New American Dream, drinking one 16-ounce bottle of water a day for a year means you’re spending $546.77 more than you would by drinking the same amount of water from a tap.

And don’t overlook the negative effect of 365 plastic bottles on the environment. According to Corporate Accountability International, making enough plastic bottles for water sold in the U.S. generates about 2.5 tons of carbon dioxide a year.

For other ways to save money, please see MilitaryOneClick’s Deals and Discounts page