By Rob Aeschbach My wife was on an aircraft carrier on the other side of the world. My father was... 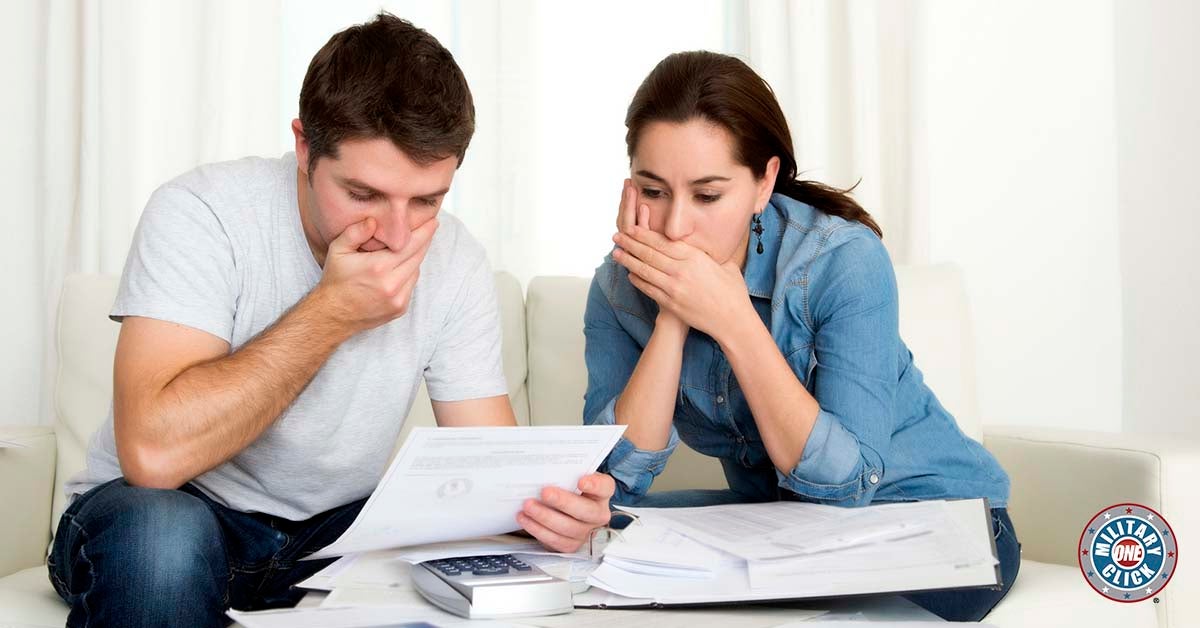 My wife was on an aircraft carrier on the other side of the world.

My father was in the hospital on the other side of the country.

I needed a plane ticket.

There’s pretty much only one way to buy an expensive plane ticket on short notice: with a credit card. Credit cards are useful in myriad situations. Like many good tools, however, they can be misused, generating high interest charges and fees.

1. Pay it off every month

The most important thing to remember about using a credit card is that you need to pay it off each month. Interest rates on credit cards are usually 15%–20% or higher. That’s a lot. And it adds up. Only 49% of service members report that they pay their credit card in full each month1.

Besides paying extra for whatever you bought, not paying off your credit card each month is a sure sign that you’re spending more than you earn. You’ll stay in debt forever that way. If you really can’t make it to payday without using your credit card for food, gas, or diapers, then you need to take a serious look at your spending.

Having a credit card is useful. Sometimes, though, it’s too easy to pull it out to pay for something you don’t really need. It might be time to freeze your credit card.

I don’t mean figuratively. Put your credit card in a plastic cup, fill the cup with water, and stick it in the freezer. The temptation to spend money you don’t have is gone.

[Tweet “Spending out of control? Literally freeze your credit card in ice.”]

If you have a true emergency, like traveling to see a sick relative, you can always thaw out your card pretty quickly. Don’t worry, the card will still work.

If you are living or visiting overseas it’s often easiest to pay for things with a credit card. That way you don’t have to go through the hassles of exchanging money and figuring out what to do with your leftover coins.

When you buy something with your credit card, the merchant charges you in the local currency, Euros, Pounds, or Yen for example. The credit card issuer converts the amount to Dollars before posting it to your account. But many credit cards also add a foreign transaction fee of up to 3%.

Avoid the extra (unnecessary) expense by getting a card with no foreign transaction fees. Many credit cards marketed towards travelers have no transaction fees at all; some military-friendly banks will waive the fees if you let them know you’re deployed or stationed overseas.

Simply asking can often get you a lower interest rate on your credit card. Some military-friendly banks will cut your rate if you’re deploying. A lower rate will certainly help if you’re still trying to pay off your balance.

A very low rate could still help out in an emergency, even if you’re already paying off your card each month.

While I was checking in at a hotel recently, a middle-aged couple was checking in next to me. Things were going smoothly for me, but the couple hit a snag. When the clerk ran their credit card the transaction was denied. He tried over and over but the results were the same. As I started off towards my room the couple were still quite agitated that they couldn’t check in.

This couple didn’t look like the kind of people that had trouble paying their bills. I’ve had transactions denied before, for varying reasons. Sometimes it’s a fraud protection issue — based on what I was buying and where, the bank thought my card was stolen.

Maybe that’s what happened with this couple. I wondered why they didn’t do what I do: pull out another credit card.

You can’t use every card everywhere. Many merchants won’t accept Discover or American Express cards. One time I was at a restaurant in France that wouldn’t take my MasterCard, but I could still pay with a Visa. And I feel like everyone’s had a time when the machine just won’t read that magnetic strip!

For many people using just one credit card makes the most sense. It makes it easier to track spending and remember when the bill is due. That doesn’t mean you can’t have another credit card as a back-up. You don’t even have to use it.

Another reason to have more than one credit card is to separate spending. That can be based on what you are spending on, or who’s doing the spending.

While my wife was deployed she used one credit card for everything, an account that I didn’t use at all. When I looked at my monthly statement, I didn’t have to figure out that the funny charge between the ones at the grocery store and the gas station was actually from a restaurant in Kuala Lumpur.

When you have a family emergency like I had with my father, it’s usually best to get help from your service’s relief agency2. They will often book a plane ticket for you and loan you the money interest-free.

My situation was a little different though. I didn’t really know how my father was doing — was he going to get better? Or worse? I might have to change plans, or I might not have to go at all. I determined that it was best for me to book my own travel, and I needed a fully-refundable ticket. Yes, those cost a lot more than the non-refundable tickets you usually buy for a vacation.

I made a guess about when I could get there, and I bought a ticket for the East Coast.

And then my father got worse, and I bought another ticket.

And then I bought another.

At one point I had three plane tickets booked for myself for three different days. I knew I’d cancel two of them, but I didn’t know when the refunds would come through. Our bank had lowered the interest rate on our account to only 6% for the deployment — if I needed a month or two to pay for my ticket the interest would be less than a Big Mac. I used a different credit card than the one for my monthly spending so I wouldn’t end up paying interest on groceries. And none of this affected my wife’s spending ability because she was using yet another credit card.

In the end, I had to take the flight. I cancelled the other tickets, and the refunds came through quickly. When the bill came I was able to pay it off with money from our savings and we didn’t pay any interest. Using the right tool, and using the tool right

A vast majority of service members (91%) have credit cards. But nearly half (49%) aren’t using them the right way. They are making only the minimum payment, paying late fees, paying over-the-limit fees, or not shopping around for cards.

Credit cards aren’t good or bad. They are a tool, one that can be very useful. Learn how to use them right and take charge of your finances. Rob Aeschbach is a financial planner helping young service members and their families make sense of their finances. Before becoming a financial advisor, Rob served in the U.S. Marine Corps, both on active duty and in the Reserves; he is also a Navy spouse. Rob is a candidate for CFP® certification, and a graduate of the U.S. Naval Academy in Annapolis, Maryland. He is the owner of The Military Financial Planner LLC, a Virginia registered investment advisor firm based in Norfolk. Find him on Facebook, LinkedIn, and Pinterest. Join the conversation in the Facebook group: Personal Finance for Military Service Members and Families.