Stories about Pearl Harbor are enduring stories of bravery and daring. And often, we hear the same stories because they... 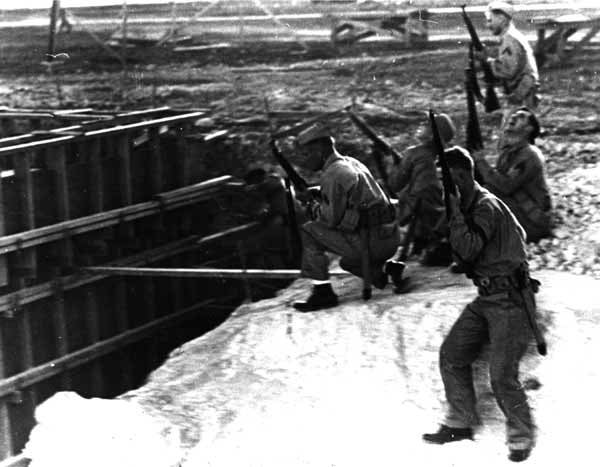 Stories about Pearl Harbor are enduring stories of bravery and daring. And often, we hear the same stories because they encapsulate the moment, the heartache, and the bravado of that fateful day. But the attack on Pearl Harbor in 1941 affected a large swath of people, not just sailors or Marines or men. Nurses and moms, kids and students–they experienced Japan’s terror and stealth attack that day, too. Here are a few of their stories:

1. The nurses of the Solace

The USS Solace was a newly commissioned ship that arrived at Pearl Harbor in October 1941. Anchored near some of the battleships, it was never bombed by the Japanese, which was a stroke of luck. As Japanese planes flew overhead and the ship was rocked by explosions, and the wounded and dying were transported to the hospital ship, where the nurses cared for more than 130 injured. More than 70 percent were burn victims.

2. The families of Nob Hill

Navy families occupied the homes of Nob Hill, a small part of Ford Island. On December 7, they woke to explosions as Battleship Row, a collection of Naval ships moored together next to Ford Island, was bombed by Japanese planes. The families–who had been practicing in case of an invasion– ran to an old bunker in the neighborhood. There, children and mothers hunkered down while wounded servicemen staggered into their neighborhood and into the bunker, some burnt beyond recognition, others covered in oil or shot by bullets fired at them from overhead.

3. The reporter who was censored

A reporter for the Honolulu Star-Bulletin, Elizabeth McIntosh, experienced the horror of the day first-hand. But when she turned in her reports to the newspaper, they refused to publish it, saying that her account was too graphic. She had to wait 71 years for it to be published. . . and then it was the Washington Post that printed it, not the Star-Bulletin.

On that Sunday morning, Cornelia Fort, a civilian pilot instructor was up in the air with her student when they became some of the first witnesses of the attack. Her student was at the controls when Fort quickly took over, noticing a plane flying straight for them. They watched the Japanese plane drop a bomb– possibly the first–on Pearl Harbor. She landed the plane and, as she and her student ran from the aircraft, an airplane overhead strafed the runway. Fort escaped unscathed that day, but two years later, she became the first female pilot to die while on active duty. She was flying as a WASP and was hit by another counterpart in midair over Texas.

5. The worker at the dockyard

Perched 50 feet up on a crane’s cab next to the USS Pennsylvania, George Walters was a civilian dockyard worker who may have saved the dry-docked battleship. He maneuvered the crane to shield the ship from enemy planes and tried to use the crane’s arm to hit planes that were low to the ground. While sailors manned the guns on the USS Pennsylvania, Walters’ crane-positioning helped them fire on aircraft they couldn’t see yet. . . but Walters could. He was finally dislodged from his perch when a bomb gave him a concussion after exploding in the dockyard.

6. The civilians who died

We often forget that the Japanese planes also targeted civilians and non-military buildings and points of interest. Some civilians were killed at their places of work by bombs, some were shot by strafing planes in their backyards, other died in house fires sparked by munitions. And, perhaps saddest of all, some of the anti-aircraft rounds fired by Americans at the Japanese didn’t hit their marks and exploded in civilian areas instead, wounding and killing some as the rounds made impact.  Three sugar mills were bombed while people were working there. Children were killed too, including a three-month-old, a seven-month-old, a two-year-old, and an eight-year-old.