Check out these 6 surprising military connections to Super Bowl LII

The Super Bowl is always an exciting time of year.  The food, rivalries, commercials, halftime entertainment, and so much more... 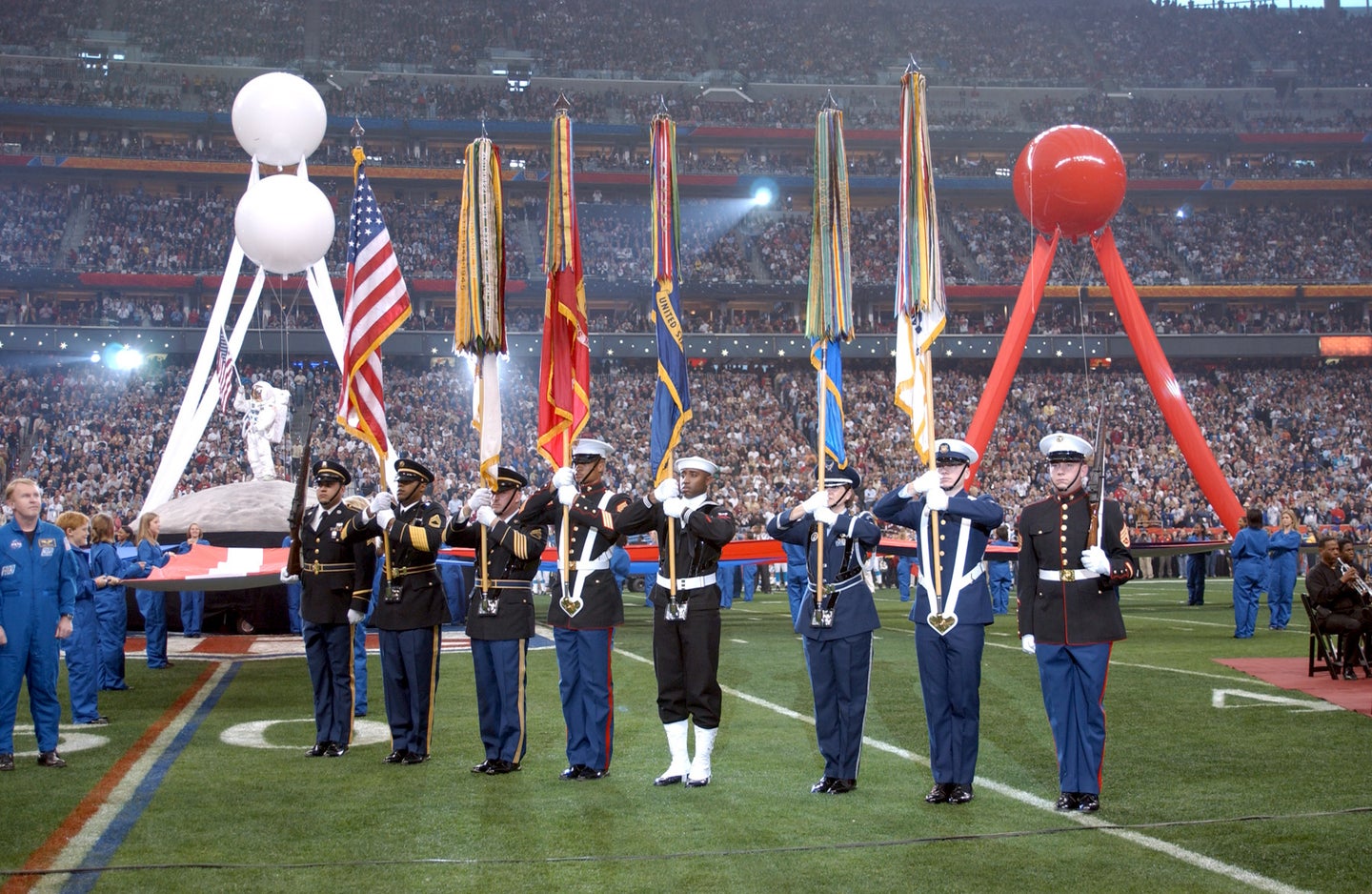 The Super Bowl is always an exciting time of year.  The food, rivalries, commercials, halftime entertainment, and so much more build excitement with fans and viewers across the world. This year, 15 veterans will be honored during the official coin toss. If that isn’t exciting enough, here are six more surprising military connections Super Bowl LII will have:

Alecia Moore, better known as P!nk, will be singing the national anthem at this year’s pregame festivities. Did you know she’s the daughter of a veteran? Her father served in Vietnam and wrote a song about his experience while he was in-country. Watch P!nk and her father debut his song, “I Have Seen the Rain,” together:


In addition, P!nk’s brother, Jason, has served in the Air Force and flew with the Thunderbirds demonstration team. (It is not known if he is still currently serving.)

Halftime entertainment will feature Justin Timberlake, his first time performing at the Super Bowl since the infamous “wardrobe malfunction.”  In 2011, Timberlake answered a YouTube request by Cpl. Kelsey DeSantis and attended the Marine Corps Ball as her date. He called the event “lifechanging” and “one of the most moving evenings” he’d ever had. Here’s what DeSantis had to say about her date after the night was over:

In 2015, he played in a golf tournament to honor military members. In the same year, he donated his guitar from the CMAs to a silent auction benefiting the Nashville and Fort Campbell USO chapters . He’s also spent time with members of the military during at least one USO function, a premiere for his movie Runner, Runner,

Rachel Washburn, a former Eagles’ cheerleader from 2007-2009, joined the Army after graduating from Drexel University and participating in their Army ROTC program. As a cheerleader, she participated in two overseas USO tours to deployed troops. As a service member, Washburn has been awarded many distinguished medals and has completed several tours overseas. She was honored at an Eagles game in 2013 as a “Hometown Hero” and continues to serve. Washburn’s father served in the Army and the Air Force, too.

4. The long-snapper in the Reserve

Joe Cardona, the Patriots’ long snapper since 2015 is a graduate of the Naval Academy. He comes from a military family and is currently an officer in the Navy Reserve. His father served for 24 years with the Navy prior to retiring. In October of 2017, Joe Cardona initiated the donation of 200 tickets for service members to attend a Patriots game.

Tom Brady, the Patriots’ quarterback, has many military connections in his family.  According to the Boston Globe, Brady’s father “joined the Marines, only to be discharged during the Vietnam War because of a knee injury.”  His grandfather graduated from West Point and served in the Army. He was captured during World War II and “became America’s first POW of the war, according to his published obituary.”

For the first time ever, the Air Force’s Hertiage Flight will conduct the flyover at the Super Bowl. It will consist of today’s most modern aircraft along with antique aircraft.