You’re not ready for tomorrow’s Army-Navy game until you’ve gotten the 411 on some of the completely special, out-of-the-ordinary happenings... 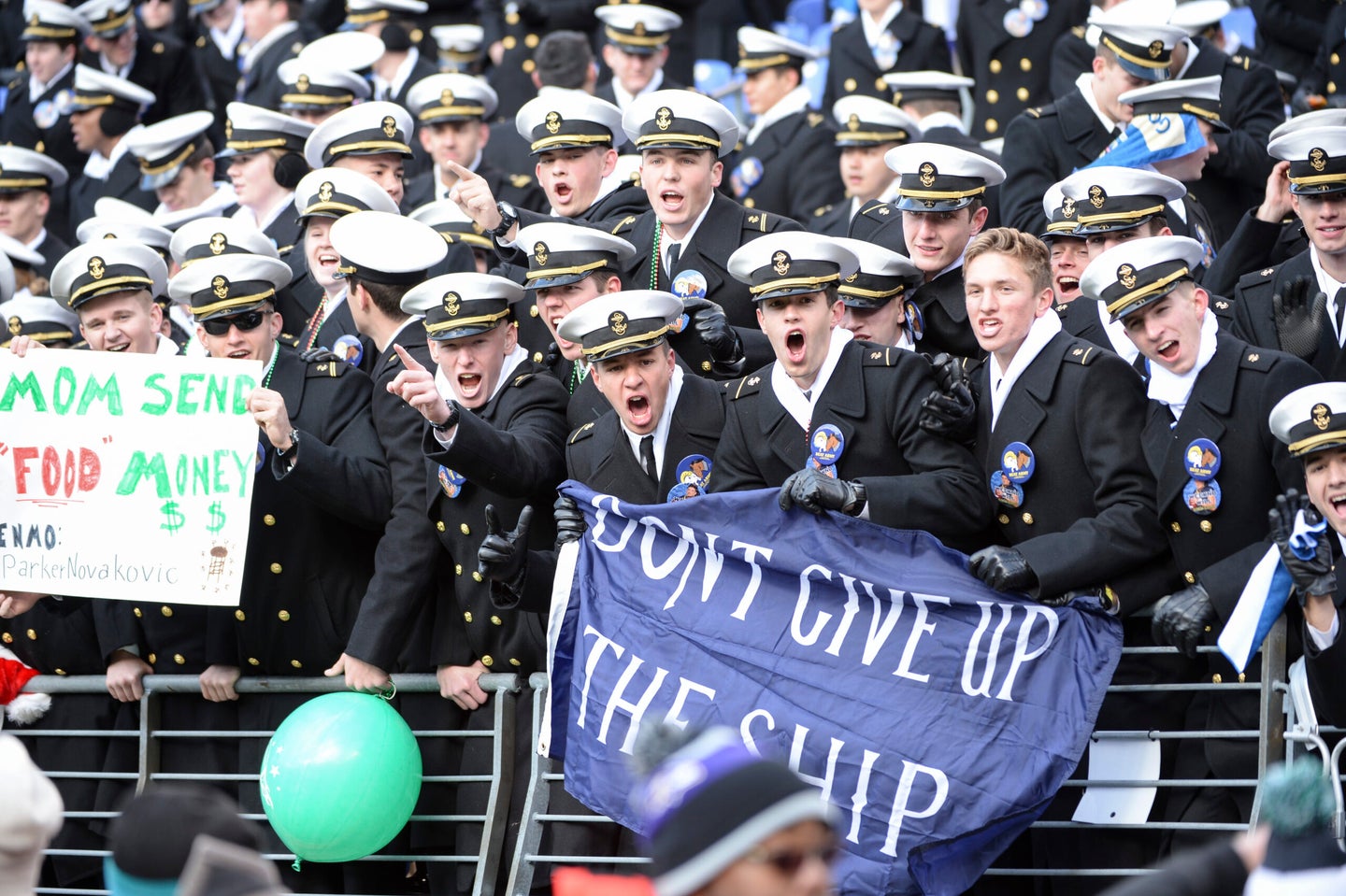 You’re not ready for tomorrow’s Army-Navy game until you’ve gotten the 411 on some of the completely special, out-of-the-ordinary happenings for America’s Game! Here’s what’s going down:

West Point’s uniform is a nod to the Army’s 10th Mountain Division. Nike calls the uniforms “The Climb to Glory,” commemorating the WWII soldiers, clad in white camouflage, who fought Nazis in the alps. Nicknamed “The Pando Commandos” for a Colorado town they trained near, the division’s mascot is a skiing panda, which is also prominently displayed on this year’s Army uniform along with the unit patches of the division.

The Naval Academy’s uniform also pays homage to the brave service members of its respective branch. Honoring the Blue Angels this year, the uniforms by Under Armour mimic the famed demonstration team’s flight suits. The helmets are painted with the Blue Angels in flying formation.

During the Army-Navy game, the Navy will officially debut their new slogan: “Forged by the sea.” This slogan replaces “America’s Navy,” took more than 18 months to create, and is part of a $457 million dollar contract with a marketing agency. Keep your eyes peeled for a commercial spot if you’re watching on TV. . . and an extra one if you’re in the stands at the game. And if you miss both, you can check them out on the Navy’s official blog.

Every year, the three service academies play for a gigantic piece of hardware: The Commander-in-Chief Trophy. This year, the 2017’s champion will be determined by the Army-Navy game. And trust us, it’s a big deal that the CINC Trophy is at the Army-Navy game. That’s only happened twice since 1978. The Air Force Academy is the most frequent titleholder with 20 wins since the inception of the trophy. Navy has 15 and Army has six.

Remember #SkyPenis? (Who could forget it?) Earlier this week, a brouhaha erupted over a spirit video that some on social media seemed to think was a tacit reference to the Navy’s genitalia skywriting debacle. In the video, the Abraham Lincoln maneuvers to cut “Beat Army” into the ocean. Navy officials confirmed that the video and current events are purely coincidence; the crew of the Lincoln was working on the spot for more than a month before its release– long before #SkyPenis.

The game’s going to be a cold one. . . and there’s a pretty good chance for snow. With an 81 percent chance of snow and a high of only 34 degrees, it’s possible that the Army’s uniforms will be perfectly suited for the climate.

MilSpouseFest will be covering the Army-Navy Game, presented by USAA, tomorrow. We’ll be on the field for pregame and there from the beginning to the end. Follow us on Facebook and Twitter for exclusive behind-the-scenes coverage for the day!