Here’s how living off base can be a financial suck

By Rob Aeschbach Most military families live off-base (or “off-post” for the Army families out there), but it can cost... 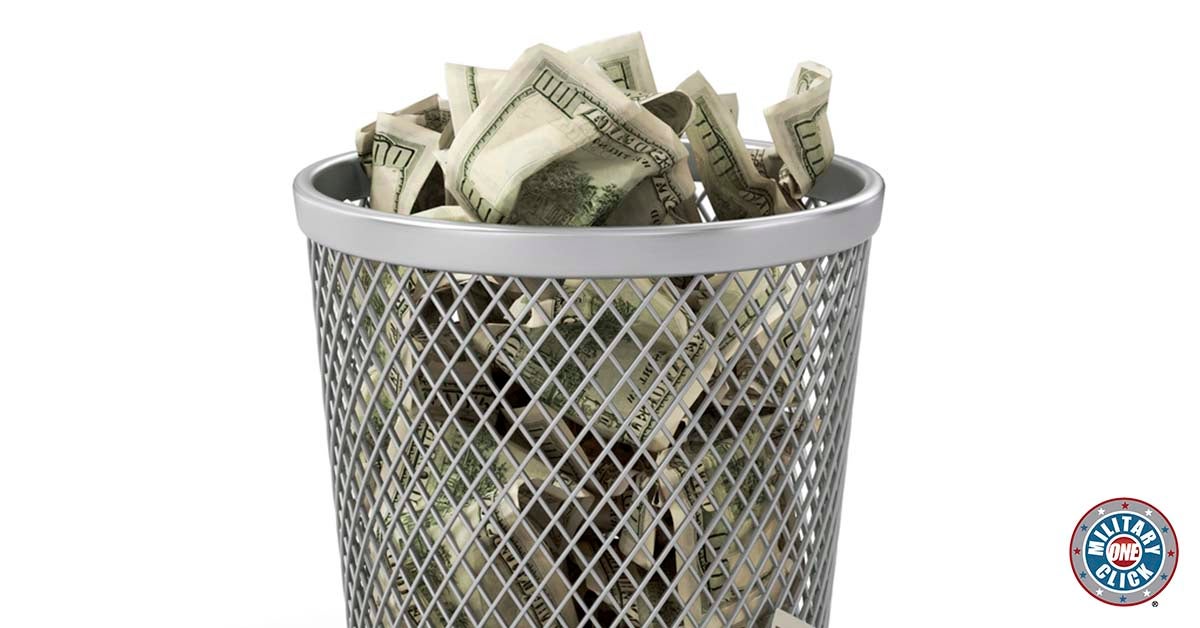 Most military families live off-base (or “off-post” for the Army families out there), but it can cost them. Although it’s not for everyone, or even available to everyone, there are financial benefits to living on-base.

Here’s how living off-base can make a deep financial impact:

The cost of renting

Renting a house or an apartment off-base has associated costs and risks that you might not deal with in base housing.

To move in you’ll probably need to have a security deposit off base, in addition to the first month’s rent. Many families report that they need to have last month’s rent as well. Together that can add up to three times the monthly rent. That’s a pretty big check to write for a lot of military families. Dislocation Allowance and Advance BAH can help, but it’s still a lot of money to have set aside at a tumultuous time for the PCSing family.

Renting out in town also leaves you at the whim of the landlord at the end of your lease, which is usually no more than a year. If your rent goes up, what are you going to do? Alternatively, you might have to move out if the owner decides to sell the home your renting. Moving your stuff locally is not something the military will pay for.

The cost of maintenance

If you’re renting an apartment or condo, outside maintenance is probably included in your rent. If you’re in a house on the other hand, mowing that great big lawn is on you most of the time. Get ready to buy a lawnmower, string trimmer, and hedge trimmer that you might not otherwise need on base. That’s because lawn care has often been included in the rent since the privatization of base housing began. It wasn’t always like that, I can assure you. I was “lucky” enough back in the day to get a house on Camp Lejeune with a huge corner lot — and plenty of grass to cut all summer.

Living off-base also means paying for your own light bulbs, air filters, and batteries for fire alarms, maintenance that is often included in base housing.

The cost of utilities

Your BAH is supposed to cover both rent and utilities. The rates are adjusted each year to match the average costs in a given area. If you live on-base you usually have nothing to worry about — your electricity, water, sewer, gas, trash, and/or heating are included in your rent. You’ll have to pay extra if your usage is excessively high, but that’s still a small amount compared to paying the full utility bill.

If you’re in a rental house off-base you’re probably on the hook for all the utilities, plus initial deposits for each account if applicable. On average, your rent should be about 80% of your BAH with the remainder going towards utilities; that’s how BAH is calculated, although the ratio varies widely across the country. Many families don’t think about that though and choose to live in a home where “BAH covers the rent.” Some even pay more in rent than they get for BAH. Those families, paying utilities out of pocket, are certainly spending more than if they lived on base.

Speaking of utilities, have you or someone you know been surprised by a huge bill after moving to an unfamiliar area? I’ve seen my share of $300+ electric bills during hot, humid summers in the South (note: I’m not from the South). Likewise, you’re probably not familiar with home heating oil unless you’ve lived in the Northeast. It looks and smells like diesel fuel, and it’s delivered by tanker truck. One of our rentals was an old house with poorly insulated windows and a cranky oil-fired furnace. After a nearly $700 fill-up one December, the tanker truck came back in February to fill our tank up again and left us with a bill for $1,466.06. Yikes!

The cost of buying

That doesn’t mean buying a home is any better. With the costs of buying and selling a home, possibly 10% of the home’s value each time, you’re probably not going to come out ahead financially after one tour. Some people think it’s easy to rent out a house in a military town, but there’s more to it than location. Unless you know that you have the knowledge, skills, fortitude, and savings to be a landlord, it’s probably not for you.

The cost of commuting

A big cost, both financially and emotionally, of living off-base is the commute. To get the big yard or great school, many families choose to live many miles away from the base, leaving the service member with a “soul-crushing” commute. Sure, it might only take 25 minutes without traffic, but who goes to work when there is no traffic? And does that include the 15 minutes waiting at the front gate during rush hour for an I.D. check?

Financially, living off-base will likely mean higher costs to operate your vehicle as part of that commute, including fuel, tolls, insurance, and maintenance. On the other hand, while living on-base, some families don’t even need a second vehicle because the service member can walk or bike to work. How much could you save in a year without paying all the costs associated with another car?

At one duty station, one of my favorites, I lived on base and my “commute” was a 500-yard walk, rain or shine. Even if it’s too far to walk, some service members living on base save money by going home for lunch each day rather than eating out.

The costs of shopping and recreation

Many military families save money by regularly shopping at the commissary. Living close to the commissary means you can save money not only on the big pay day or weekend shopping trips, but also for all of the times in between to pick up milk or eggs or fruit. For example, when we were stationed at the Pentagon I could get down to the commissary in less than 15 minutes as long as it was the middle of the day. If it was too close to rush hour, however, when I finally figured out that I really needed something from the store I had to go to the nearest supermarket, a place our family called “The Safeway of Doom.” Besides being more expensive than the commissary, it wasn’t a very pleasant shopping experience.

In addition to the commissary, living on-base means you’re probably closer to all sorts of things that are cheaper than out in town— some are even free. Most bases have a gym, a pool, a movie theater, a bowling alley, and a golf course. Some have campsites and marinas. The base child care facility is often more affordable than out in town. Additionally, you can save by shopping at the local exchange and avoiding local sales taxes.

Living on-base is not for everyone. In fact, there are not enough units for ‘everyone’ in the military to live on base. But it can be a money saver. Even choosing to live closer to the base, rather than on base, can result in many of the same savings above. The bottom line is to think about what your options are when you’re deciding where to live, and to make an educated choice about the costs and benefits. Rob Aeschbach is a financial planner helping young service members and their families make sense of their finances. Before becoming a financial advisor, Rob served in the U.S. Marine Corps, both on active duty and in the Reserves; he is also a Navy spouse. Rob is a candidate for CFP® certification, and the owner of The Military Financial Planner LLC, a Virginia registered investment advisor firm based in Norfolk. Find him on Facebook, LinkedIn, and Pinterest. Join the conversation in the Facebook group: Personal Finance for Military Service Members and Families.