By Lizann Lightfoot There’s a saying in the military community that military culture is stuck in the 1950’s. In the... 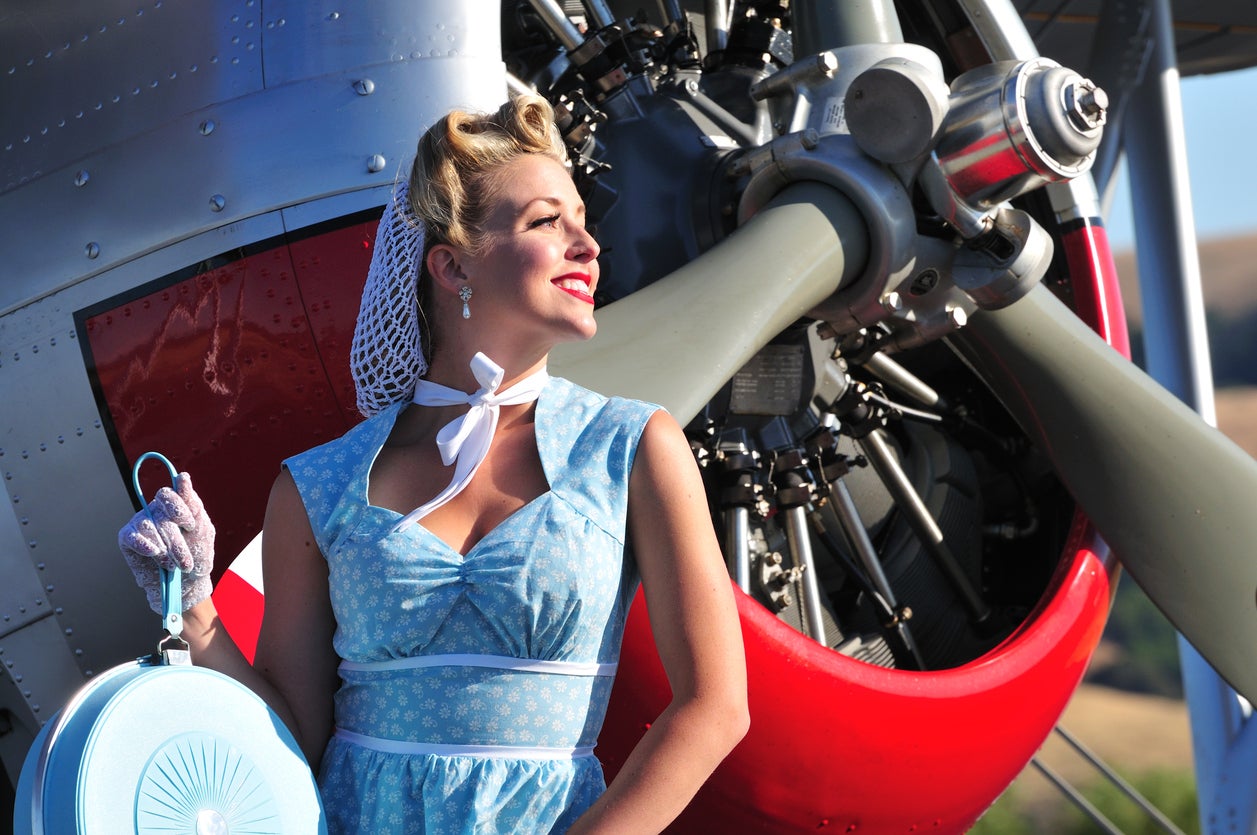 There’s a saying in the military community that military culture is stuck in the 1950’s.

In the post-World War II era, service members returned home, married their sweethearts, and started the Baby Boomer generation. TV shows like I Love Lucy and Leave it to Beaver portrayed a family ideal where the man went off to work in a suit and returned home in time for dinner, while the woman stayed home vacuuming and wearing pearls. Popular fashion items were poodle skirts and tight sweaters. Couples danced to music by Elvis, Frank Sinatra, or Nat King Cole.

Does that sound anything like modern military life? Let’s discuss. . .

1. Spouses are assumed to be wives

Even though married female service members make up approximately 10 percent of the military, the military does little to acknowledge the existence of the male military spouse community or the LGBT community. Both groups remain invisible and often ignored. There aren’t many resources for single service members, either. When unit events proclaim, “Welcome, ladies!” with pink, flowery decorations or recommend shopping and a spa day as the solution for deployment stress, it’s no wonder that male spouses complain about the military being stuck in the 1950’s.

2. Wives are expected to stay home and keep house

The military still operates under the old-fashioned theory that every married service member has an unemployed spouse who can stay home, take care of the house and children, and volunteer for social events like a wives’ tea or an annual fundraiser gala. A “good military wife” is held up as someone who bakes cookies for new neighbors and can set a fine table when entertaining officers. She “knows her place” and won’t do anything unacceptable that might get her service member in trouble. This one-sided relationship can lead to abuse, whether it is verbal, physical, or financial control from the service member.

In military culture, the service member’s rank still dictates the spouse’s access to base benefits, and, in some cases, determines their role in the FRG community. Rank is used to assign housing communities and some spouses use rank to determine friends. Enlisted members address all officers as “sir,” even those younger and less experienced than they are. This can sometimes feel more like 1950’s England than America.

The military still requires couples to follow a traditional timeline of dating, marriage, moving in together, then having babies. Modern civilian couples can do these activities in any order. They can even skip the wedding entirely if they choose. But the military will not let families move into base housing or have a baby at the base hospital without an official marriage certificate.

While we’re discussing base housing. . . yeah, it’s dated. Since the construction boom on military bases in the 1950’s and 1960’s, many buildings have undergone very few updates. Garages are small, bedrooms are small, and yeah–kitchens are small, too. If couples can afford to live off-base, they typically prefer to because of the extra space and amenities in off-base homes.

6. There is a dress code for spouses

Yes, the military tells spouses how to dress. On base, there is a dress code that can get you kicked out of certain buildings if you don’t comply. There are actually spouse training academies that lecture wives on dress code and etiquette. Women are often expected to attend military formations, promotions, and public ceremonies in dresses and heels.

Spouses can have their own careers

Military spouses no longer face strict expectations about ending their careers before marriage. About half of military spouses are employed, and many of them have become entrepreneurs and started their own business. Others are licensed professionals who pursue their own career goals alongside their service member.

The military community has finally moved into the 21st Century, allowing women to serve in all job fields. Equality among different races, religions, and genders was inconceivable in the 1950’s, when the country still treated many groups as second class citizens.

All relationships are valid

Thankfully, the modern military is more accepting of all types of multi-cultural and LGBT relationships. Straight and gay couples have equal benefits under the law.

Military spouses are much less restricted than they were during grandparents’ time. We can host a formal dinner. . . but are more likely to throw a fun backyard BBQ. Some of us have beautiful taste for interior decorating. . . but if the house is messy when friends come over, that’s okay too. We can get classy for a military ball. . . or rock yoga pants and a messy bun if we choose. Military spouses don’t spend deployments pining for their lover: They get jobs, earn degrees, pursue hobbies, start organizations, and make waves in the military and civilian communities. They are movers and shakers, in ways that couldn’t be imagined in the 1950’s. That is progress worth celebrating!