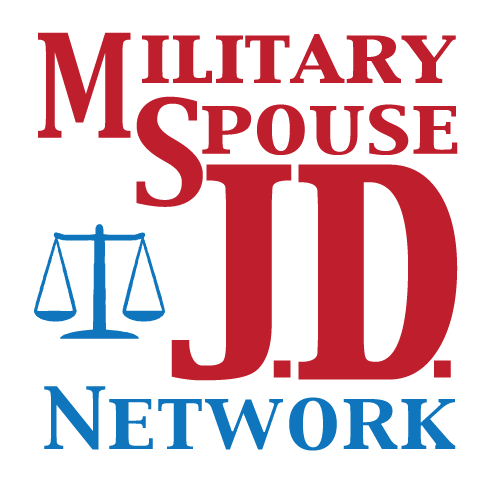 As a Navy wife, Judy Brown is no stranger to self-sacrifice, family separation, and the flexibility required for constant relocations that are a fixture of military life. Yet having to give up her career as a Dental Assistant ranks pretty high on her list of military-induced heartaches. After enduring licensing transfers from Virginia, Texas, and Hawaii, the insulting salaries and limited positions offered by
employers failing to recognize skills she acquired in other states was finally too much. When her husband was transferred to Hawaii, she couldn’t justify going through it all again. After only 14 years in the profession, she “retired” from her dream career and started looking for a new job.

If you’ve felt this way, you’re not alone. Nearly one in three military spouses have an occupation that requires state licensing despite the fact that with every move, they face the same uphill battle to obtain a license and find employment in their field of expertise. That puts additional strains on families already working hard to create flexibility. As Senator Bob Casey (D-PA) notes: “when a military family is asked to move as part of their service to our country, the government should do everything possible to make that transition seamless.”

That’s why Senator Casey, Senator Jerry Moran (R-KS), Congressman Matt Cartwright (D-PA), and Congressman Rob Wittman (R-VA) reintroduced the Military Spouse Job Continuity Act this month, which would provide a tax credit to defray the cost of renewing or transferring a professional license due to military relocation. The Military Spouse JD Network immediately responded with their support. It isn’t unusual for our attorney members to be licensed in three or four different states, despite the fact that the process can take up to a year or more and can cost $4,000 to $5,000 in materials and fees. This burden is reflected by the fact that less than one-third of MSJDN members currently have full-time legal employment and half are unemployed and actively looking for work, under-employed in non-attorney positions as paralegals and secretaries, or can only find part-time work.

The tax credit of up to $500 would be triggered by a move across state lines due to a PCS, and is applicable for the renewal or transfer of a professional license in a range of fields. It recognizes that military spouses are financially disadvantaged by government ordered moves, and the credit can at least partially alleviate additional strain on the family finances.

Judy Brown says she likes the idea, but she thinks giving a tax credit to employers who hire military spouses would go further. Even though she returned to Virginia, a state where she was previously licensed and could practice without a loss in her credentials, employers looked negatively on her lack of continuity. Her decision to give up being a Dental Assistant was as much about the cost of her unrecognized years of experience as the cost and hassle of a license transfer. Since the First Lady and Dr.Jill Biden’s Joining Forces initiative took on the issue of transferable military spouse careers, state licensing authorities have finally begun to understand the untapped resource that can be found in our nation’s military spouses. However, incentives that carry this idealism to the bottom line in the form of a tax deduction for employers seems like a guaranteed way to change corporate minds even faster.

The Act’s sponsors recognize that the relief this Act provides is just the beginning of a solution, not the end. Co-Sponsor Congressman Matt Cartwright noted: “In a time when our economy is struggling, jobs are scarce, and people are having trouble making ends meet, this legislation would alleviate burdens on families whose service keeps our nation safe.” Rep. Wittman echoed the sentiment, adding that the bill represents “a small but important step in efforts to strengthen our military, our families, our economy and our nation.” Karen Golden, Deputy Director of MOAA’s Government Relations team, points out another reason it’s a step in exactly the right direction: ”We now have action on two fronts. States are addressing the specific licensure challenges and Congress is tackling the inherent financial burden that comes with transferring or renewing licenses every 2- 4 years. Together, these initiatives should help get and keep spouses in the workforce.”

MSJDN strongly supports the Military Spouse Job Continuity Act and will continue to work with partners like NMFA and MOAA on this and other initiatives to improve career portability for military spouses. It’s a critical component of improving the lives of military families as a whole.

You can lend your voice of support for the Military Spouse Job Continuity Act by contacting your representatives in the Legislature here.

To help alleviate more licensing woes, MSJDN is hosting their first education and networking event for military spouse attorneys on May 22nd at the Washington DC Army & Navy Club. Scholarships are available for military spouses, and  sponsorship opportunities are offered for those who would like to let it be known that they support these hard-working military families. You can find more information at www.msjdn.org/rightmoves.

For a complete list of events coming to your area, please see MilitaryOneClick’s Event Calendar.