This is how 7 other countries honor their war dead

By Lizann Lightfoot Although Memorial Day is an American holiday that originated after the Civil War, the tradition of honoring... 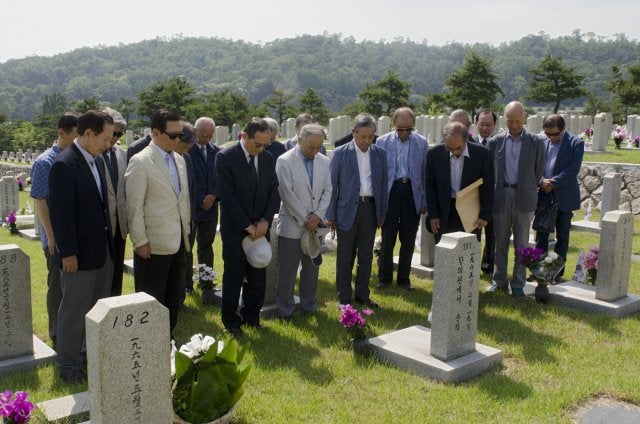 Although Memorial Day is an American holiday that originated after the Civil War, the tradition of honoring those who died in military service can be seen in countries around the world.

America’s Memorial Day is celebrated in May because the Civil War ended in April. Memorial traditions sprang up across the country as towns searched for an appropriate way to honor soldiers from both sides who were buried in their graveyards.  In 1868, Memorial Day (also called Decoration Day) was officially declared to be May 30. It has been moved to the last Monday in May.

The purpose of America’s Memorial Day is to preserve, decorate, and honor the graves of those who died defending their country in any war. Around the world, other countries hold similar holidays to honor their fallen military heroes. The holidays are held on different days, but the tradition of honoring military graves is similar.

Our Northern ally uses a bright red poppy flower on Remembrance Day, which falls on November 11. The date was originally called Armistice Day because it marked the final treaty of World War I on that day in 1918. The tradition of the red poppy is traced to Canadian poet John McCrae, who wrote “In Flanders Fields” during World War I after burying war comrades in Belgium. The poem begins, “In Flanders fields the poppies blow/Between the crosses, row on row…”

Canadians sometimes call Remembrance Day “Poppy Day.” Wreaths of poppies are placed on military graves, including Canada’s Tomb of the Unknown Soldier in Ottawa. The nation observes two minutes of silence at 11 AM (the time the treaty was signed) to honor those who died.

Great Britain and most Allied nations also honor their military heroes on Armistice Day, November 11. They have adopted the tradition of the red poppy to represent the blood shed on the battlefield. Many citizens wear a real or fake poppy, including the Royal Family. Citizens also place red poppy petals into public fountains, such as Trafalgar Square in London. At 11 AM, the entire nation observes two minutes of silence.

The closest Sunday to November 11 is called Remembrance Sunday. On that day, the Queen leads a ceremony for government and military officials at the war memorial called the Cenotaph in London. A wreath of red poppies is laid on the grave and all observe a moment of silence.

These countries honor their military dead every year on April 25, known as ANZAC Day. ANZAC stands for the Australia and New Zealand Army Corps, which was the title of their combined forces in World War I. April 25, 1915 was the first day the ANZAC forces saw military action during World War I. They fought the Ottoman Turks in modern-day Turkey.

Australia and New Zealand celebrate ANZAC Day with early morning memorial services commemorating the ANZAC forces landing on the beaches at dawn’s first light. Later in the day, there are parades, a national moment of silence, and a wreath laying ceremony at the Australian War Memorial.

Turkey celebrates Martyr’s Day on March 18, the anniversary of their naval victory against the Allied forces from England and France during World War I. During the naval battle at Gallipoli, the Turkish forces sustained 118 casualties, while sinking three battleships and inflicting 700 casualties on the Allied fleet. Turkey’s victory in the Dardanelles campaign was one of their greatest victories.  Today, the holiday commemorates all Turkish martyrs, including the 86,000 who died defending their shores from the ANZAC invasion one month later.

France celebrates World War II Victory Day (la Fete de la Victoire) on May 8, the day Charles de Gaulle announced the end of World War II in France in 1945. On that day, church bells rang out across France to celebrate the news. Every year on May 8, French citizens attend church services or parades celebrating France’s freedom from Nazi occupation. Events honor all those who died in World War II by placing wreaths on graves across the country. Surviving veterans are invited to participate as much as possible.

Memorial Day in South Korea in on June 6 because June is the month the Korean War began in 1950. The country honors those who died defending it during the Korean War. Families lay flowers on the graves of those who died during the war. It is also a tradition to display the flag of South Korea on the front door of homes that lost a service member.  The nation observes a moment of silence at 10 AM.