James “Mad Dog” Mattis is a retired Marine General and a contender for the new administration’s Secretary of Defense post.  But... 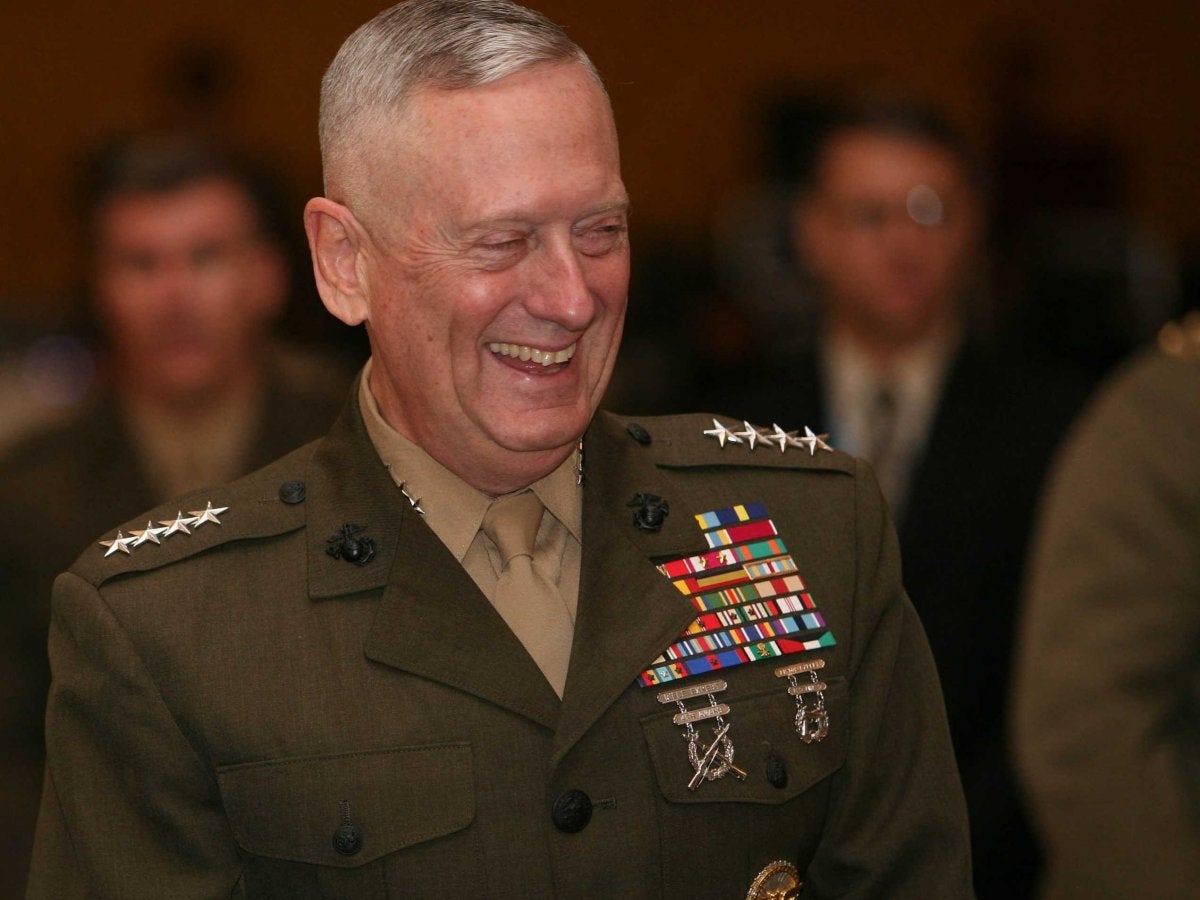 James “Mad Dog” Mattis is a retired Marine General and a contender for the new administration’s Secretary of Defense post.  But regardless of whether or not he gets the nod, Mattis, the most prolific war general of the modern era, will remain securely in the company of past military icons like George S. Patton, Douglas McArthur, and Dwight D. Eisenhower.

Mattis is notorious for being a Marine’s Marine and a poet-warrior.  Beloved by troops across all branches of the military (and our allies), Mattis’ colorful quotes and demeanor have inspired the Post-9/11 generation of warfighters.

Not one to mince words, he has given the military community courage at a time when 15 years of war have taken a toll.  But Mad Dog’s words aren’t just for those downrange. Here are a few of his most popular quotes and how they apply to the lives of military spouses around the world:

Haven’t all milspouses been there?  The homecoming is delayed one more time, another something goes wrong in the house, or we’re in the long line at the commissary . . . on pay day.   The gate guard won’t let us on because we forgot our ID in our other jeans.   But, it’s that moment when we get to “the end,” the end of the rope and we’re hanging on by a thread, where we think, “Just don’t f@*k with me.”

2. “The most important six inches on the battlefield is between your ears.”

Milspouses know better than anyone that military family life is tricky.  We’re alone most of the time, balancing life, curve balls, and a family.  But it’s all up to us.  Use your head, work it out, Google how to fix a flat, be resourceful.  We gotta keep it together, ladies (and men, although this quote might mean something else to you).

3. “There are hunters and there are victims. By your discipline, cunning, obedience and alertness, you will decide if you are a hunter or a victim.”

‘Nuf said, right?  You get that, right? Because otherwise we’re going to have explain it and, well, see no. 1 above.

4. “Demonstrate to the world there is ‘No Better Friend, No Worse Enemy’ than a U.S. Marine.”

Ooh-freaking-rah.  Every day. And this isn’t just for Marine Corps milspouses. It doesn’t matter what service your spouse is in. Get up, take a breath, and give yourself a big ol’ ooh-rah!  This life isn’t easy, and it takes a special breed, friends.

5. “I don’t lose any sleep at night over the potential for failure. I cannot even spell the word.”

Now, full disclosure, we might actually lose a bit of sleep because well, there is just so much to do.  But, we won’t accept failure.  Not ever.  Bring it on, military life.   Bring it the heck on!  We got this, all day, every day.

6. “If in order to kill the enemy you have to kill an innocent, don’t take the shot. Don’t create more enemies than you take out by some immoral act.”

Milspouses know integrity is key.  We do what’s right because it’s right, not because it’s popular.  We stand up when standing up is required and sit down when it isn’t.

Know that what you do makes a difference, milspouses — a very big difference.  Each day, you fight the good fight on behalf of a lot of people who depend on you.  Be happy in that knowledge.  Be happy fighting for the right reasons.