By Lizann Lightfoot The British royal family has a special regard for their country’s military families. That’s no surprise, since... 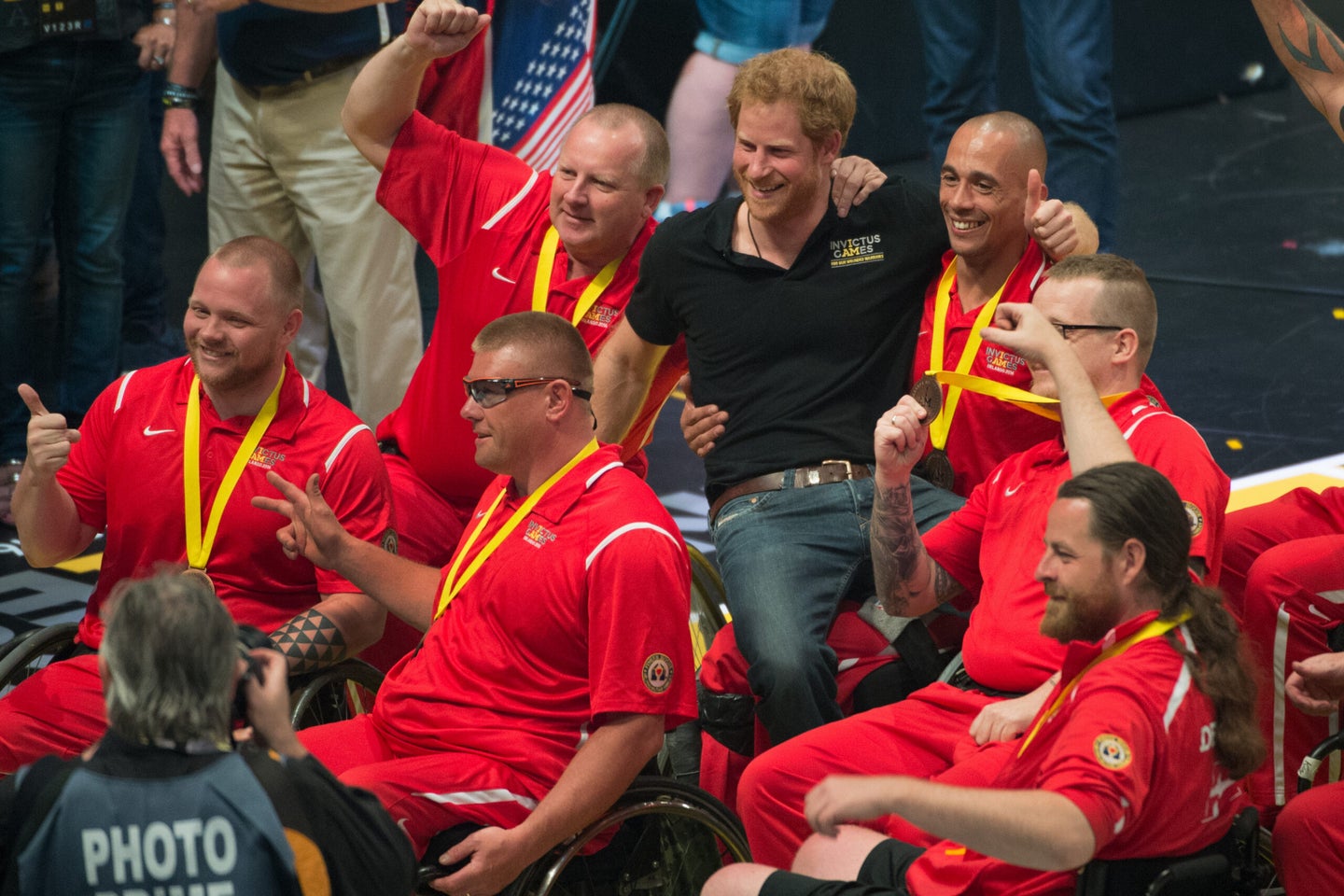 The British royal family has a special regard for their country’s military families. That’s no surprise, since both Prince William and Prince Harry have both spent time serving in the British Army. Prince Harry even deployed to Afghanistan twice and earned a service medal there. Their father, Prince Charles, served in the Navy.

Military service has been a family tradition among the royals. Did you know that the current Queen also spent time serving in the military? She joined the Auxiliary Territorial Service (ATS) in 1945 during World War II, when she was Princess Elizabeth. There, she learned to drive and maintain vehicles. She became the first female member of the royal family to join the armed services as a full-time active member.

Here are some of the many times the royal family has publicly demonstrated their support for military families.

1. The Queen created a military medal for military family members

In 2009, Queen Elizabeth instituted a military medal in her own name, the Elizabeth Cross. It gives recognition to families of those who have died on military operations or as a result of terrorism since 1948. The Queen said, “I greatly hope that the Elizabeth Cross will give further meaning to the nation’s debt of gratitude to the families and loved ones of those who have died in the service of our country.” Every November, the Queen and members of the royal family lead Britain’s observance of Remembrance Day, which honors all those who have died in wars or other conflicts around the globe. The Queen used to lead the parade wearing her military uniform. Now that she is older, she observes the national two minutes of silence at 11 AM and then lays wreaths of poppies, which are the national symbol of remembrance. Remembrance Day is usually celebrated by numerous other public engagements, which the royal family attend to show support for military families.

The younger generation of the royal family has created a charity called The Royal Foundation of the Duke and Duchess of Cambridge and Prince Harry. Among other charitable projects, the organization serves military families through programs like The Endeavor Fund for British wounded veterans. They have also contributed to America’s military families through the Hiring our Heroes program.

The Invictus Games were sponsored by the royal family and held after the 2014 Olympic Games in London. The four-day competition was open to military active duty members and veterans from all over the world. The games are a result of Prince Harry’s desire to focus on recovery and transition assistance for wounded veterans. During the first Invictus Games, 400 competitors–many of them wounded–competed in nine different sports. The Invictus Games were next held in Orlando, Florida in 2016, and will continue to be sponsored by the British royal family annually at locations in various countries.

5. The royal family honors military families around the world

Whenever the royal family visits a foreign country, whether it is America, Canada, or a smaller ally, they make an effort to visit with military families and show support. During a visit to Canada in September 2016, William and Kate attended a party for Canadian military families. Their young children, George and Charlotte, played with balloons, bubbles, and animals in a petting zoo along with Canadian military children.

The royal family has visited Virginia on several occasions, usually to see Williamsburg, the first British colony in America. During these visits, they have traditionally made an effort to stop at Norfolk and meet with service members and families. Royal visits often include a military parade or review and sometimes lunch with military families. Prince Charles once joked that he was a “genuine redcoat” coming to tour nuclear-powered aircraft carrier, the U.S.S. Nimitz.

Prince Harry, along with his brother Prince William and sister-in-law Kate, the Duchess of Cambridge, will host a party at Buckingham Palace for the children of service members who died serving their country. The ‘Party at the Palace’ is designed to recognize the sacrifices military families make and to help military kids connect with others who have experienced the same loss. It will be held in May 2017.