By Amy Byrne College and the military: A relationship that can be best summarized as fickle. While your military branch... 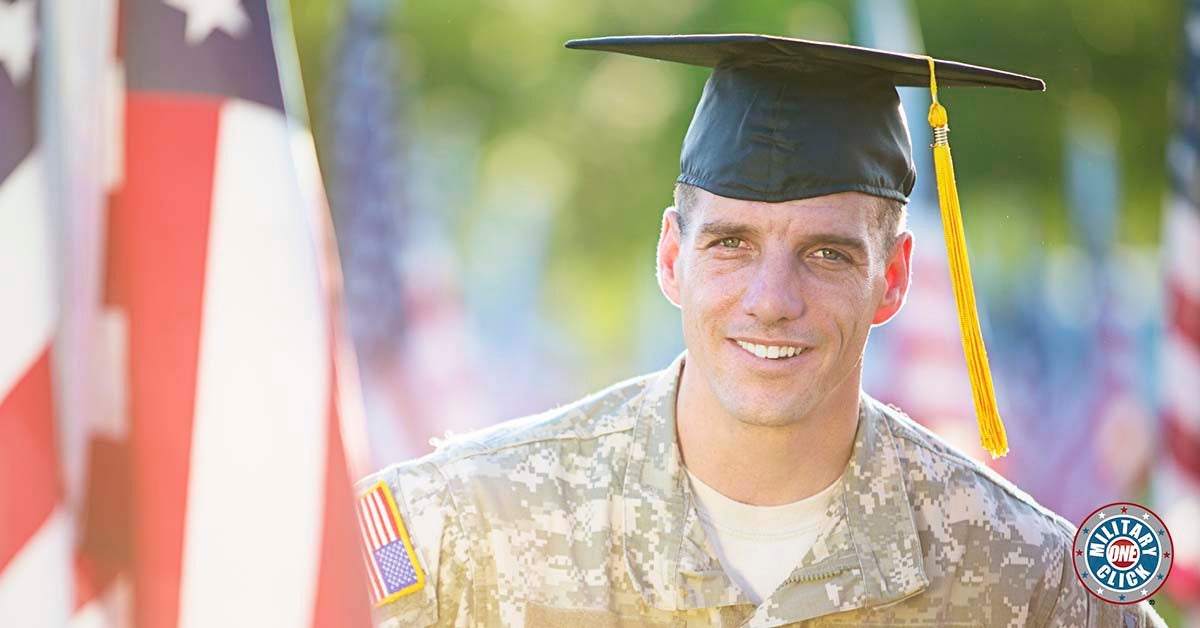 College and the military: A relationship that can be best summarized as fickle.

While your military branch (or branches) may inundate you with messages about transitioning into college, sending your kids to college, or getting your spouse the best certifications, at the end of the day it often hits like a barrage of buzzwords. On the other hand, many colleges will tout themselves as “military friendly,” without necessarily having a fleshed out body of resources to back up this claim.

And at the end of the day, anyone who’s been to college in the US will know it’s murky waters. Do you pay more for a brick and mortar school? Is it worth investing the time and effort to dive head first into college? What’s the deal with “for profit” colleges? What is a degree worth at one college, versus another? And why do you even need a degree anyway?!

If the idea of college has got your head (and your wallet) into a tailspin of anxiety, there’s some good news: There are many excellent, state-funded (and private) universities with fantastic reputations that are dedicated to getting your military family the best possible education, without breaking the bank.

So we made it simple, and picked the creme de la creme of military-friendly schools with top funding and/or scholarship programs for active duty military, veterans and dependents in the US, right now.

Named Military Times’ “Best For Vets” school in the country in 2015, it’s easy to see why. Unlike many other schools, where finding the right financial aid can be a tricky business, UNO clearly outlines their Wounded Veteran’s Scholarship on their main financial aid page. The scholarship is available to veterans (and spouses of veterans) who were wounded in combat during Operations Iraqi Freedom, Enduring Freedom, and New Dawn, and are retired or separated from active service. Mad kudos, guys!

As well as a wildly diverse (and concise) listing of in-house and independent< scholarships to military members and veterans, and an immensely dedicated Veterans Affairs office, UMUC offers many of its own in-house military scholarships. The Ed and Jean Miller Answering the Call Scholarship Award, for example, is available to both undergraduate and graduate level students, and is open to to those students who have served as part of the United States armed forces in a war zone in the past 24 months of the award or are currently serving in a war zone, or to family members of soldiers who lost their lives in combat. Other notable grants include the General John W. Vessey, Jr. Scholarship Fund for wounded warriors, and the George and Ruth Bryer Shepard Scholarship Fund, for Army members and their children.

Texas A&M is, in every sense, a military school, and their dedication to enriching the lives of veterans, current service members and dependents reflects this. As well as providing an extensive list of outside scholarships for military families, they also provide many of their own, such as the Heroes of the War on Terrorism Scholarship, which extends to dependents of those killed or disabled in the Global War on Terrorism.

Excelsior offers a full spectrum of scholarships to members of the military community — many of which encompass both veterans and their spouses. In addition to this, the state of New York comes in with a real winner for military families here: The state offers a wide array of scholarships to active duty military, spouses and dependents, based on a variety of circumstances. While these state scholarships are limited to NYS residents, they’re incredibly generous (the Recruitment Incentive And Retention Program offers up to $4,350 per year).

Liberty University, like many others, promises to honor our nation’s veterans and this is reflected through multiple incentives for service members, veterans, and spouses. All the above are eligible for tuition reductions, book waivers, and fee waivers, but the school also pours money and resources into the Heroes Fund Scholarship. The HFS encompasses service members involved in the Gulf War (1990-present day), and may be awarded to recipients of the Purple Heart, or are rated 50-100% disabled by the VA, or are spouses who lost a service member within this time frame. The HFS can be used for a student’s first Certificate, Associate’s, Bachelor’s and/or Master’s degree; it covers up to 120 credit hours for undergraduate degrees and 30-60 for graduate programs.

ASU is one of few public universities that offers an in-house scholarship to veterans, the Military Active Duty and Reservist Commitment Scholarship.This is offered to all those who qualify for TA, and are participating in an ASU course online — it’s great quality education, without the cost, at a distance. Perfect for families who are on the move! The UM office of Financial Aid assists the needs of many, and there’s a dazzling variety of military scholarships to be scouted. We noted the Osman scholarship, and the Accenture scholarship (current or former members of the US military) — and the school also participates in the Yellow Ribbon Program. George Mason’s reputation for being supportive of the military is widely renowned as one of the very best; the school offers extensive support for veterans (including the Battle Buddies scheme). The school accepts students via the Virginia Military Survivors and Dependents Education Program (MSDEP), waiving tuition and fees for Virginia residents whose parents or spouses were KIA, taken prisoner, or rendered more than 90% disabled in an armed conflict. Moreover, GM endeavors to connect military students with scholarships and offers financial assistance to “top up” what the Armed Forces Tuition Assistance (TA) does not cover.

OSU was the top-ranked CollegeFactual.com college of 2016 for veterans — cheers, Buckeyes! The office of Military and Veteran’s Services provides emergency and supplemental scholarships assist student-veterans, military members and their families attending OSU by offering additional financial support for those who have exhausted their VA benefits or those who only have partial benefits.