9/11 changed Millennials. Why don’t we talk about it?

We millennials get a bad rap. Older generations like to say we are selfish, lazy and too into our smartphones.... 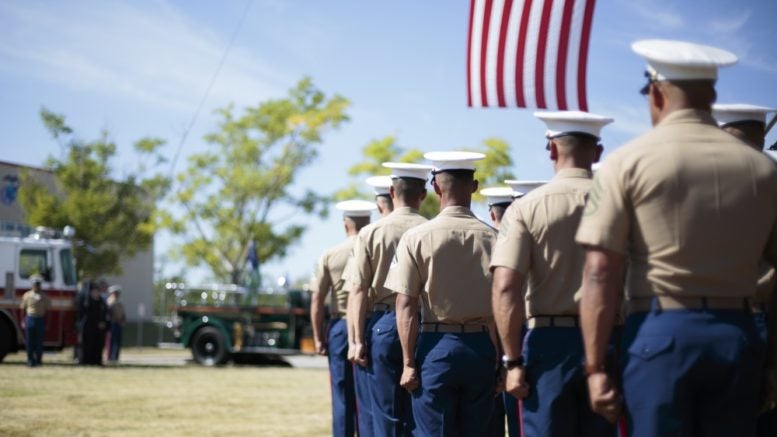 We millennials get a bad rap. Older generations like to say we are selfish, lazy and too into our smartphones.

Everyone always says they remember where they were when it happened, chemistry class with the television being projected onto the pull down screen, but I rarely see people talk about how they are now — after.

But when I think about our coming of age, I know it was different from that of prior generations. September 11, 2001 happened when we were still growing up; I was in the 10th grade. We were living in Pennsylvania, the farthest north I had ever been, and I had never even heard of the World Trade Center until that day. My dad was in the Army and knew people at the Pentagon.

As a Girl Scout, we did service projects. Mine in high school must have been similar to those done during other conflicts and wars. We made care packages to send to “Any Soldier,” we once put a star on the lawn in front of the flagpole for every single person who lost their lives on 9/11. The changes to our daily life happened quickly, and yet we adapted and our post-9/11 lives went on.

My older brother enlisted during my senior year of high school. I remember thinking he was going to have to go to war and what that meant for our family. My dad went over, too, but his job was going to be very different from a private. Even so, while he was away training, I was applying for Army and Air Force ROTC scholarships — much to everyone’s surprise. I was constantly asked, “What if you have to go to Iraq?”

Well, then I would go.

My brother ended up serving 18 long months starting in my freshman year of college. It was weird not having him home for Christmas and Thanksgiving, but we made do. He would call us when he could, and send emails and letters. My mom got really good at care packages. When I finally commissioned in 2007, I knew the opportunity for deployment was still there, but that did not matter. I was, and still am, committed to serving my country.

And so is every single service member who signs up today. Privates today were only two years old in 2001. Think about that. All they have ever known is the conflict in the Middle East — this is their “normal.” Military children today are used to saying goodbye to their moms and dads, having Skype chats on Sunday nights and sleeping with Daddy Dolls. The news talks about how resilient these children are, growing up in a “single parent” household as their military parent has racked up deployment after deployment.

While I grew up with a military father, he did not leave for a year at a time, multiple times. Meanwhile, my family, much like other families, can remember their deployments easily by looking at the birthdays of our children. So many “welcome home” and “see you later” babies, but we do not even bat an eye at how odd that may seem once you actually write it out.

When I read conversations online about how millennials are lazy, selfish and killing everything from fast-casual restaurants to home ownership, one slice of avocado toast at a time, I have to wonder: have the authors considered military millennials?

Historically speaking, the number of Americans willing to sign up and fight is right on par with other generations, the majority being men. But thanks to laws being changed, more women are serving today than ever before, with the vast majority of them pulling “double duty” as service member and military spouse.

We have been a country in conflict for 16 years and there are still people willing to lay down their lives, for the same reasons people did in the 1970s and 80s — education and travel opportunities, and the chance to be a part of a meaningful team. When I ask my co-workers why they joined the military, knowing they would go to the Middle East, it was not even a factor for most. The majority of us just want the opportunity to serve the United States, to support and defend the Constitution.

For me, it was the day that my home life changed. It was the loss of an innocence that our country raised children in.

I lived on a military installation, and have done so again several times, and the days of breezing on and off are gone. Having friends who live off post means they cannot easily visit your house. We could no longer go to the gate to meet our dad as he returned from a business trip.

My children know no other way to fly except with TSA with screenings and watching the baby food get tested for the third time in under 10 minutes. I have lost friends in Iraq and Afghanistan. Reading news articles about losing service members is difficult, wondering if I will know the face staring back at me.

And yet, if you asked one of us “lazy millennials” if we had the chance to sign up all over again, knowing we were signing up to go to war, we would do it in a heartbeat.