A Story of Saturn, the Elf on the Shelf

Blog courtesy of our guest blogger, Rebekah Spotts     It’s that time of year again.  Time to put out... 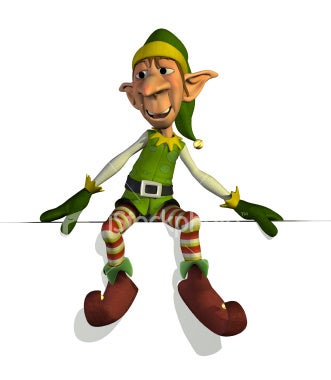 It’s that time of year again.  Time to put out our “Elf on the Shelf.”  Saturn arrives each year after Thanksgiving, flits about our house each night and departs on Christmas Eve.    Our elf arrived several years ago before the elf industry got big, as my grandparents had a few elves around their house during the holidays.  They sat upon the cuckoo clock and the piano, always watching us but they never moved.  I and my sister remembered them so fondly that when my mother found a couple of elves that came with a fun story (the aforementioned “Elf on the Shelf”), she, as grandparents will do, sent them to us and started us down a slippery slope!

I’m not sure if the elves got wise, got agents who drew up huge contractual obligations hidden in the story or what, but these elves have needs!  First, they arrive sometime after Thanksgiving (meaning, where did I put that box last year?).  Second, they have to move every night because, after all, they’ve flown home to Santa to report on the kids behavior.  Ever have one of those heart stopping moments when you awaken from a dead sleep because you’ve forgotten something huge?  This is the curse of the elf!  Sure, you can cover a few times that your elf “didn’t get a good look yesterday” so he’s in the same spot, or make up a story that the kids were just a tad out of control so Santa sent him back to review their behavior in that place again, but soon they’ll get wise and start asking questions.

Speaking of questions, I’m now creating cover stories for other elves and I’m not the only one!  My sister told me of the elf that was touched by a child (again, contract says you can’t touch the elf), he had to go back to the North Pole for a stint in rehab and the family got another elf.   My kids have noticed the plethora of elf boxes in stores  (the industry has grown) and want to know where the “fake elves” have come from.  They know Santa sends the elf, so why would anyone buy one?  What to say?  Should I throw other children under the bus with “good kids are sent an elf, bad kids have to buy one.”?  Should I fess up?  No, I’ll continue on with the ruse because the look on my kids faces when they find Saturn every morning and try to guess what he’s been up to, is priceless.