Saying goodbye is one of the hardest–and most iconic–parts of being in a military relationship. Anyone who has stood on... 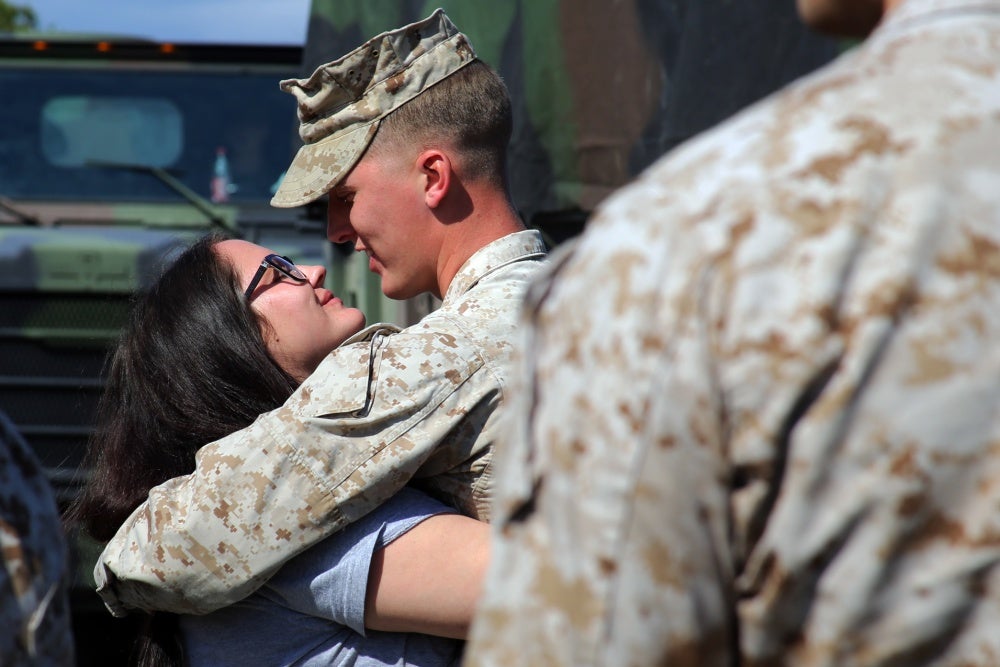 Saying goodbye is one of the hardest–and most iconic–parts of being in a military relationship. Anyone who has stood on the tarmac or at a bus station or in a parking lot simultaneously wishing for more time and to get it over with knows the gut-wrenching pain of the last kiss, the last touch, the last words before the inevitable separation. And now, Pulse, an independent film company that specializes in documentaries and music videos wants to honor that sacrifice through a short documentary project for an internationally known band (although, for the time being, they’re keeping the name of that band under wraps).

Pulse is currently looking for four real-life military couples as they say goodbye for either a deployment or extended training within the next four weeks. The documentary team will film each couple for 24 hours before and including the departure. Only one member of the couple needs to be in the military, and couples from all branches are encouraged to apply.

Through a press release, Pulse explains that the short film will highlight a universal theme: “. . . That we are fortunate to share our lives with the people we love, and that in the moments we say goodbye, we truly feel how profound that love is.”

Pulse has produced music videos for groups such as Radiohead and Mumford & Sons, worked with brands like British Airways and Royal Caribbean, produced content for channels like the BBC, ITV, and MTV, and recently had a project, All These Sleepless Nights, named one of the top 25 documentaries of the 21st century by IndieWire.

Filming for the project must take place within the next four weeks. Interested military couples should email shortlovedoc@gmail.com with:

Those who participated will be compensated for their involvement. Pulse notes that “we understand and respect OPSEC/PERSEC. You need only submit information you are comfortable disclosing at this time. All information submitted will remain confidential.”