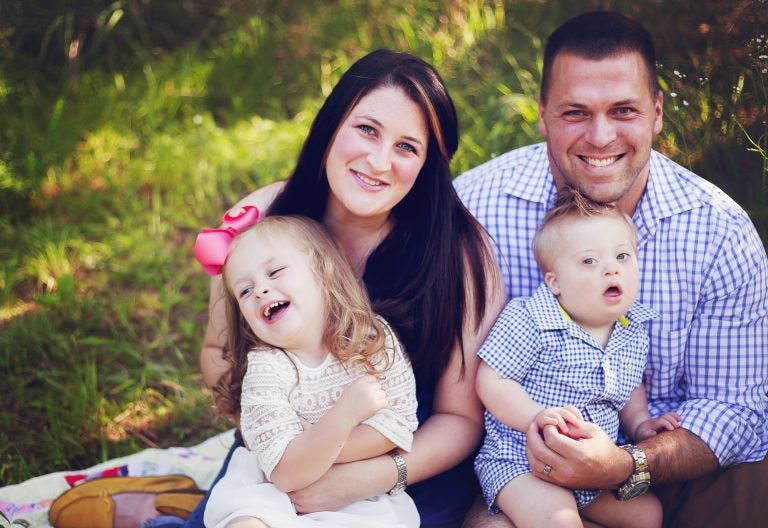 Boccher, a woman who wears many hats in her community, is an Air Force wife and mother of two. She is the president of the Little Rock Spouses’ Club, an advisory board member for the Little Rock Air Force Base (LRAFB) Thrift Store, the parent liaison for the Air Force Exceptional Family Member Program, and the founder and director of the Down Syndrome Advancement Coalition’s Tank Filled Life Project. As the 2016 AFI MSOY for LRAFB, she was able to “change the landscape of a playground on base” in order to make it ADA accessible for children with disabilities and helped to promote the purchase of Caroline Carts at the base commissary.

Boccher owns Brittany Boccher Photography and is the co-owner of Mason Chix, both of which “directly support Down syndrome treatment, research and neurodevelopmental therapies as well as other military entrepreneurs.”

On Military Spouse‘s website, Boccher outlined her platform as one of advocacy for families who fall under the Exceptional Family Member Program (EFMP). She is driven by her son’s experience as a military kid “who is rockin’ an extra chromosome known to most as Down syndrome,” as she puts it. Her interests also expand to inspiring others: “I’d also like to continue to empower military spouses to embrace the military life, their military community inside and outside of the base gates and to embrace the beautiful opportunities that this life provides!”

The announcement culminates a months-long process that includes nominations, online voting, and judging. Winners were announced at the base and branch level earlier in the year. Branch winners for 2017 are: