Sitting on a pile of airline miles you might not ever use? Consider donating them. When we moved to Alaska... 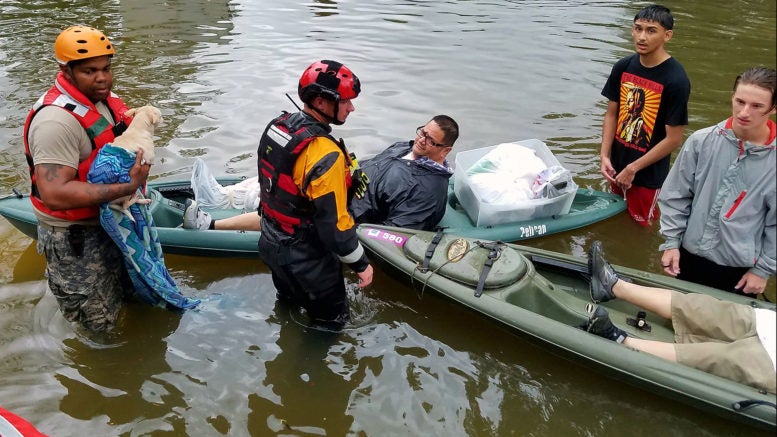 Sitting on a pile of airline miles you might not ever use? Consider donating them.

When we moved to Alaska last year, with us came a huge pile of  Southwest airline miles. Our previous duty station had been near a Southwest hub, so we had a Southwest Visa card that accumulated them. But Southwest doesn’t fly to Alaska. So instead we switched primary credit cards for one that earns Alaska Airlines miles. That just made sense.

But as a result of our move we were unlikely to use those miles anytime soon. Southwest miles don’t expire as long as you’re earning at least once every 24 months. But since we don’t live where the airline goes, well, that was unlikely.

And that’s why I was really excited when I found out that we can instead donate them.

When hurricane Harvey ripped through portions of the southern U.S., Team Rubicon, which responds to natural disasters with its crew of volunteer veteran workers, activated. Money is always a great way to help that kind of organization, but to get their team to response location, they rely on other non-monetary donations: airline miles.

Disasters like Harvey makes many of us really want to do something. Tight budgets mean that we can’t always afford for that something to be giving actual dollars. And relief organizations say sending physical donations is often more harm than help.

Enter my 13,000 useless to me Southwest miles. Shipping them off to Team Rubicon was a no-brainer.

In the four minutes it took me to transfer my miles to Team Rubicon, I realized that among the partner recipients of Southwest and other carrier miles is a variety of awesome military charities, including Fisher House, the Mission Continues, Honor Flights and the Wounded Warrior Project.

Your miles can help with military medical emergencies, supporting veterans, responding to disasters and giving veterans a chance to see their memorials. How cool is that?

Here are a few airline miles donation links to make it easy.

Southwest airlines has a donation link on their web page. If you want to support disaster relief, specifically, Team Rubicon is a great place to start.

Alaska Airlines is currently collecting miles for disaster relief and then matching them.

Airlink.org will connect you with other airlines through which you can donate miles.