Airman seeks to build a generation of lifesavers

Senior Airman Selina N. Okyere has one goal in her life. “I’m trying to teach the whole nation (of Ghana)... 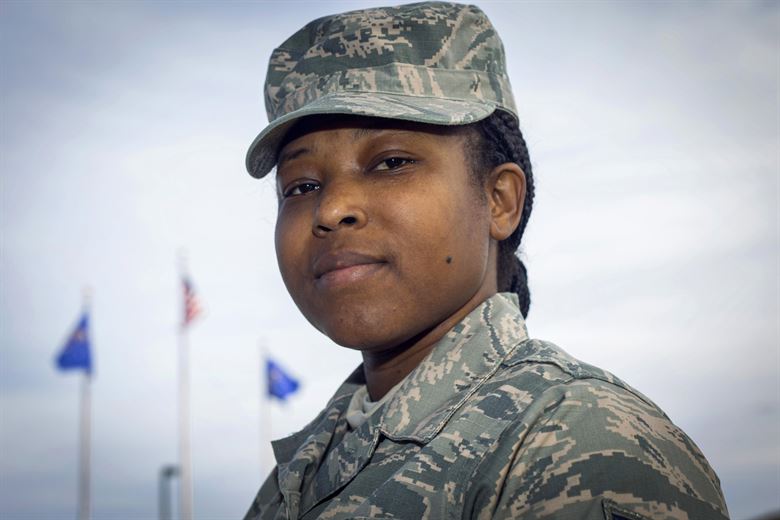 Senior Airman Selina N. Okyere has one goal in her life.

That’s no small undertaking; the Republic of Ghana is about the size of the state of Oregon and has a population of approximately 29 million people.

For Okyere, this goal is personal: she was born in Ghana.

“People die in Ghana because the people around them don’t know basic first aid,” said Okyere. “It’s crazy when you hear about someone dying and it was something simple – that could’ve been prevented.”

It took joining the New York Army National Guard’s 69th Infantry Battalion in 2012, and taking her first combat lifesaver course, for Okyere to decide on making this her life’s purpose.

The course was an epiphany for Okyere. She realized what she learned could be taught in Ghana.

“On the battlefield, you don’t have doctors or medical professionals following you, we take care of our battle buddies. So why can’t we teach someone how to apply pressure, or a tourniquet if someone is bleeding, or do CPR?”

So after Okyere received her U.S. citizenship, courtesy of her military service, she began working on how she could train the average Ghanaian with those life-saving skills.

According to Okyere, there is definitely a need for this training because in Ghana, very few people outside the medical field know life-saving, or even basic first aid skills. This includes both police and fire departments, and the military.

“I spoke to the police and firefighters and they said this is the type of education they need to know,” said Okyere.

Outside a major city in Ghana, the closest clinic or hospital can be an hour and a half away. Even for people living in large cities, congested traffic can mean an ambulance or taxi takes 45 minutes to get to the hospital. In Okyere’s hometown of Kumasi – a city of more 1.7 million people – she said if your injury is life threatening, chances are you will die before you make it to the hospital.

“Your life really depends on bystanders, because the most they can do is get you in a car,” said Okyere. “It’s between you and your god if you survive.”

And if you do survive and make it to a hospital, there are still no guarantees.

“I did a survey of the clinics in my area and some of them don’t have any emergency room nurses. A big clinic near where I lived had only one. You can’t expect that person to work a 24-hour shift, or seven days a week.”

For Okyere, the solution is simple…Teach people basic life-saving techniques so in an emergency, they can step in and provide first aid until help arrives.

“I believe you don’t have to be a health professional to save a person’s life,” she said.

During her time in the New York Guard, she started investigating ways to raise money for her plan and decided to create a 501(c) (3) nonprofit organization.

In 2016, that organization, Global Life Savers, was granted both incorporated and 501 status. It was also the same year she transferred to the 514th Air Mobility Wing as a crew chief with the 514th Maintenance Squadron.

The organization’s vision is, “Empowered people saving lives.” Their mission is advocacy and education, resourcing and skill development.

Okyere’s big push is to raise money for training aids, such as CPR manikins and patient simulators, as well as first aid kits for every school.

“I want to start in elementary schools, teaching children basic life-saving techniques – I want to build a generation of life savers,” Okyere said.

To accomplish that, she took her message to Ghanaian government. On Sept. 30, 2016, Okyere spoke with Nana Akufo-Addo while he was campaigning for the Ghanaian presidency.

“I spoke to the minister of communications – he was very interested,” she said.

Okyere is following up with another meeting with Akufo-Addo and other ministers during a training mission to Ghana in December 2017.

Her long-term goals include getting supplies, beds and other basic hospital supplies. She has also put her own money toward realizing her dream.

“I have purchased six blocks of land in Kumasi,” she said. “It is my dream to create an [Emergency Medical Technician] school to specifically train nurses and other people because they lack the basic life-saving training in schools,” said Okyere.

Okyere is looking to raise $500,000 to build the school. Once built, she will then turn her attention to staffing the school.

“I’m looking at bringing nurses over here [to the U.S.] to get the education so they can go back and teach at the school,” Okyere said.

To accomplish this, Okyere is exploring partnering with American medical schools and hospitals while investigating other partnerships.

One of the groups Okyere is talking to is the European Resuscitation Council. The ERC’s goals mirror Okyere’s in that they look at improvements in science, research, education and implementation, and make those skills available to everyone.

In the meantime, Okyere has assembled a group back in Ghana to take those life-saving skills on the road.

“When I was in Ghana, my brother, who is a nurse, got some people together from his hospital and I gave a CPR and basic life-saving skills class,” she said. “Then we went to churches, schools and sporting events to teach people about first aid.”

The 30 minute classes teach the basics of first aid. So far, Okyere has taught multiple classes each trip she’s taken to her homeland, with more trips scheduled in coming months.

The training is paying off.

In May, Okyere said her group went to the town of Ejisu Asaman to give a series of classes. Soon after, one of the students used those skills and saved an individual who had a heart attack. In the past, because the village is located in a remote part of Ghana, that person would have died. This time, because of the training Okyere’s group gave, that individual lived.

“They did the right thing and saved the person’s life,” said Okyere.

With that life saved, Okyere is one step closer to realizing her goal.