Another round in the battle over Vietnam

There are two Vietnam wars, and the second is still going 40 years after the first ended. The United States... 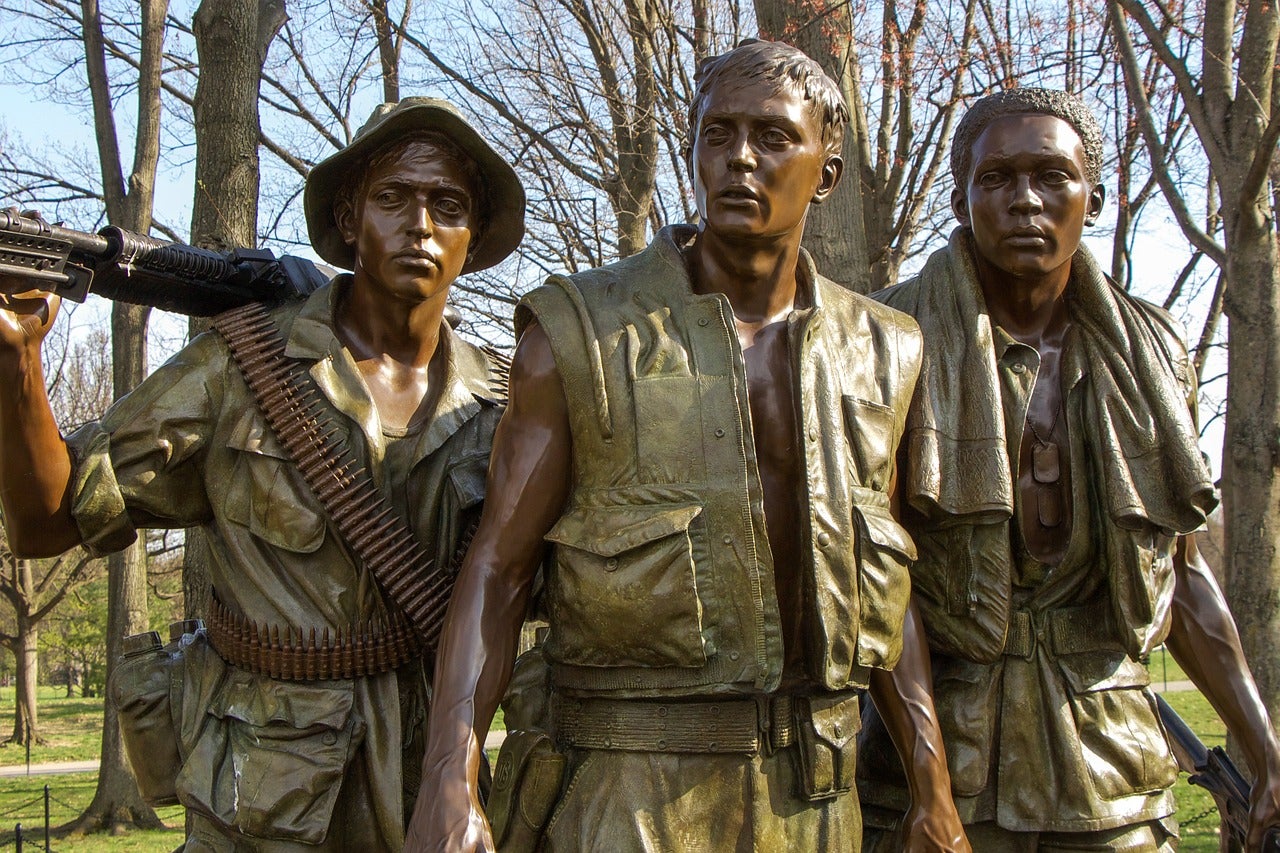 There are two Vietnam wars, and the second is still going 40 years after the first ended. The United States fought the first one from 1959 to 1975 in the jungles, villages and airspace of Indochina. The second is the war over how that war, the first lost war in America’s national history, is remembered. This month, as Ken Burns’ 10-part Vietnam documentary is aired on PBS, the second conflict is sure to heat up again with renewed intensity.

The positions will be fiercely argued. What was the war good for? Absolutely nothing, as the 1970 song put it? Or was it a heroic cause? The most important — and poignant — group who will offer answers to these questions is Vietnam veterans themselves.

They see themselves reflected, against the roll of the dead, on the black granite walls of Maya Lin’s Vietnam Veterans Memorial in Washington, or in the faces of Frederick Hart’s evocative sculpture of three soldiers nearby.

Many who served came home and got on with their lives, whatever the wounds and scars of war. A more visible subset of aging warriors sits astride motorcycles in Veterans Day parades or stands in the median strips of our streets holding cardboard placards. They live their lives as war survivors. They ponder what might have been.

Often, no matter how their lives have unfolded, Vietnam vets have a chip on their shoulder. They ask or wish that their patriotism, their service, be better recognized, even glorified: They stepped forward, regardless of the flawed rationale and conduct of the war, when hordes of other young men, especially the so-called best and brightest, avoided the unpleasantness altogether.

For those who avoided the draft and the danger, there is often a quiet guilt — I have witnessed it many times. They dodge the inevitable question: How did you manage to get out of it? Hasty marriage? Graduate school? A trick knee? Men in this category do not invite conversation about that time in their lives, any more than combat veterans discuss the horrendous things they witnessed in the war zone. Only those who came of age after the draft turned into a lottery, the ones with high, untouchable numbers, or those who arrived after the Army went voluntary, escaped the moral dilemma of serving or resisting or malingering.

The statistics are revealing. Of the 26.8 million men who were eligible for service during the war period, 15.4 million were deferred, exempted or disqualified. Of those who served, 2.1 million were deployed to Vietnam. More than 58,000 died, 300,000 were wounded and 245,000 have filed for injuries incurred by exposure to the defoliant weapon Agent Orange. More than 50,000 draft-age men fled to Canada and Sweden. There are no statistics on those who suffer from permanent psychological wounds.

The men who actively protested against the war may feel best about themselves. They were engaged in the struggle of their generation, and they deserve the lion’s share of credit for stopping the war. Their resistance, especially from 1967 to 1969, when U.S. casualties were the highest, forced the hand of America’s leaders. They have a better argument for serenity in their old age than those who merely avoided service and stood smugly on the sidelines.

Then there are the politicians. The rationale for American involvement — the phony Tonkin Gulf resolution and the discredited domino theory — forced the moral dilemma on the Vietnam generation. Five years after Saigon fell, in the election of 1980, presidential candidate Ronald Reagan romanticized the conflict as a “noble cause.” He planted the enduring notion, so popular on political hustings nowadays, that America must never again fight a war it does not intend to win. This glib rhetoric is sure to be prominent in renewed debates over the war, and it may make those who bear the brunt of the war’s loss feel better: It wasn’t their fault. But scoffing detractors will ask whether more troops and more bombs would really have ensured victory. They will turn Reagan’s phrase upside down: America must never again force another generation to choose between service or resistance in an arguably immoral war.

It is with bitter irony that the Vietnam generation has witnessed the friendly visits of Presidents Clinton and Bush (both of whom avoided the war) to Hanoi, or the jovial Oval Office interchange between President Trump (deferred because of bone spurs) and Nguyen Xuan Phuc, the prime minister of our new ally and bulwark against China, the People’s Republic of Vietnam. They must cope with the recent revelations that Richard Nixon scuttled a Lyndon Johnson peace deal during the 1968 election for cold political reasons, a deal that might have saved the 20,000 American soldiers who died during Nixon’s subsequent six-year presidency. With mixed feelings or quiet applause, they watched John Kerry, a bonafide war hero and an antiwar leader, in his last act as secretary of State, meet the Viet Cong veteran who tried to kill him in the murky waters of the Mekong Delta.

Reconciliation after divisive wars, especially a lost war, is a tricky business. Those who served in Vietnam or resisted may never be considered members of a Greatest Generation, like World War II veterans. Nevertheless, their experiences are authentically American, deeply revealing of divisions and ideals that haunt us still.

In the early 1980s, the design for the now-celebrated Vietnam memorial wall — a site that has evolved into a place of contemplation for the pacifist as well as the warrior — attracted advocates and enemies who saw it as yet another opportunity to re-fight the war. An editorial in the Boston Globe summarized what would become a five-year art battle this way: “Commemorating the war in Vietnam is likely to prove no simpler than fighting it.”

The Burns documentary airs in a week. Get ready for another round.