Are We Destroying Our Department of Defense? Live Interview with Senator Lindsey Graham and Dr. Bill Bennett

Are We Destroying our Department of Defense? Please listen to the interview: http://media.townhall.com/townhall/bennett/LindseyGraham8.2.12.mp3 During an interview this morning between Senator... 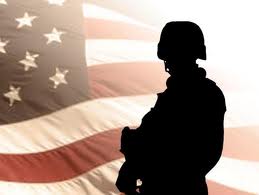 Are We Destroying our Department of Defense?

Please listen to the interview:

During an interview this morning between Senator Lindsey Graham of South Carolina and Dr. Bill Bennett, former Secretary of Education and host of Morning in America,  spoke about an alarming situation occurring right now with the future of our Department of Defense.  “We are destroying the finest military in the world at a time we need it most.”  What they are referring to is a term called “sequestration”, which right now involves Congress, The President and the military budget.

If Congress can’t come to an agreement on the budget, “sequestration” will force the Department of Defense to pay a penalty of $600 billion in blind cuts on top of the $487 billion in cuts they already made.  If lawmakers and The President fail to come up with a 1.2 trillion deficit reduction package by January 2nd, half of it – $600 billion will come from OUR military.

The following is a short list of the extensive devastating consequences that WILL occur starting in January 2013 if we do not take action:

During the interview, Graham also referenced Leon Panetta, Secretary of Defense, as stating , “this (sequestration) will cause us to have a Navy without ships, an Air Force without pilots, an Army without bullets , shooting ourselves in the head…most devastating event of the Department of Defense since WWII.”
MilitaryOneClick is a non-partisan organization – however our main mission is the Military and Community working as ONE.  We need to work together to make sure our Military remains #1.

“We the People of the United States, in Order to form a

the general Welfare, and secure the Blessings of Liberty to

ourselves and our Posterity do ordain and establish this

Constitution for the United States of America.”

Please visit our Get Involved Page to find your local representative information and voice your opinion:
http://www.milspousefest.wpengine.com/getinvolved/

Encourage your lawmakers to fight for our military!  Yes, we need to reduce spending, but we can’t destroy the Department of Defense while doing this.

Please share this information on your blog, Facebook, emails etc.  We need to spread this far and wide because you will not hear about this on the main stream media.

Thank you for supporting our military and the community that supports them ~ we will continue to update you on this alarming situation – please check back.

“Who’s going to fight for the one’s fighting for us?” Graham asked on this morning’s show.

If you are going to fight for them – please add a comment below, I will be sending this out far and wide.