Army couple visits every national park in under 5 years

It all started with a quiet weekend trip to Arches National Park, Utah, in early 2012. Now-married Army Capts. Kendall and John... 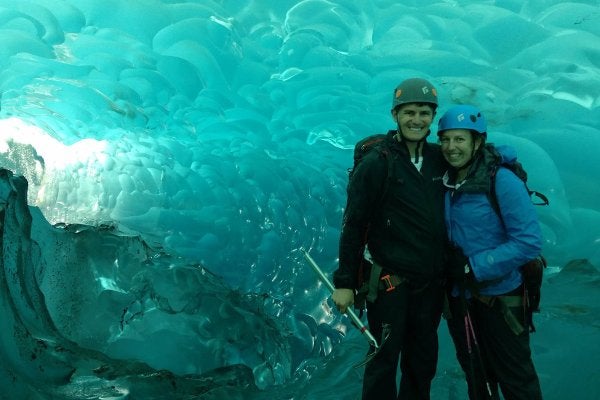 It all started with a quiet weekend trip to Arches National Park, Utah, in early 2012.

Now-married Army Capts. Kendall and John Gomber, who were dating at the time, had an idea for a way to see America while also seeing each other: visit every U.S. national park.

“It was awesome, especially when we were separated and at different duty stations. We’d have to see each other somehow, so we said, ‘Let’s go meet in Utah or Arizona or something,’ ” Kendall said.

Now the couple, who met at West Point in 2008, will soon check off their 59th and final national park this Labor Day weekend with a visit to Acadia National Park in Maine.

If all goes as planned, they will have visited every national park in just under five years.

That is no small feat, and officials with the National Park Service, who were tipped off to the couple’s travels through an email from Kendall’s sister, called it “a major accomplishment.”

Although there are only 59 national parks spread across the United States’ 16 territories, 50 states and the District of Columbia, some of them, like Katmai National Park in Alaska, or the National Park of American Samoa, are so remote they can only be accessed by boat or plane.

Add in coordinating trips between two separate Army training and deployment schedules while stationed at different locations, and you have a logistical nightmare.

But that didn’t stop the Gombers, who married in 2015 and are now stationed together at Fort Hood, Texas.

Traveling to the parks over weekends and any leave time they could coordinate, the couple was determined not just to dip into every park, but to actually spend time in each one, they said.

“We had to go on some kind of run or see something” for a visit to count on their tally, John said. “What we would usually do is just on Trip Advisor, see what the top 10 things were, and see where they were in the park relative to where we would be.”

Not every trip went smoothly. For example, their flight to Dry Tortugas National Park, off Florida, was canceled due to fog after they spent hours traveling to southern Florida, and they missed their flights to Big Bend National Park, Texas, when John got stuck in Indiana during a training exercise.

The project was also not cheap, they said. Between air, boat and car travel; lodging; food; and gear, getting to and safely spending time in each park cost them between $70,000 and $100,000, John estimates.

For example, to visit two of Alaska’s eight national parks, the couple had to hire a bush pilot.

The only thing that didn’t cost, they said, was entrance to the parks themselves, thanks to the free military America the Beautiful pass.

Kendall said her favorite is Congaree National Park, South Carolina, in part because it seemed so unknown to many Americans.

The couple said they’d recommend the challenge to anyone, but suggest those interested make sure they plan their visits carefully.

Most parks are wild places and having the wrong clothing, equipment and lodging plans can quickly turn a great trip sour.

“Whatever one you go to, make sure you talk to the park rangers,” John said. “If you have the right equipment and right mindset for what you’re doing, it’s always going to be a fun experience.”