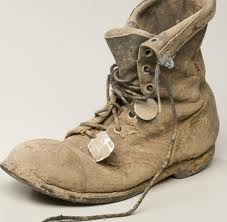 WASHINGTON, Feb. 15, 2013 – As military leaders struggle to reverse rising suicide rates within the force, Fort Bliss, Texas, is bucking the national trend, reporting a 30-percent drop last year and serving as a promising model for the Army and its sister services.

Fort Bliss had the lowest suicide rate in the Army during 2012 — four confirmed and one still under investigation from its population of 33,000 soldiers. That’s down from seven in 2011.

Fort Bliss reported three other preventable soldier deaths last year, also the Army’s lowest rate. This came at a time suicides increased in the overall Army and across the military as a whole, despite sweeping initiatives across the services and the Defense Department to stem them.

So what’s the magic formula at Fort Bliss, a sprawling post in Southwest Texas’ high desert that became the new home to the 1st Armored Division last year?

Confronted by a spate of suicides among redeploying air defenders when he arrived at Fort Bliss in July 2010, Pittard launched the “No Preventable Soldier Deaths” campaign. The goal, he explained, was to prevent not only suicides, but also high-risk behaviors that can lead to drug overdoses, motorcycle and vehicle accidents, and other preventable fatalities.

The campaign is an umbrella for about 32 distinct programs and initiatives. All aim to address the root causes of suicide and high-risk behavior and create an environment that encourages soldiers to look out for each other and seek help when they need it, Pittard said. But the long-term focus — one he said ultimately will make these successes “stick” — is on improving soldiers’ ability to overcome adversity and to bounce back when it strikes.

“It takes a comprehensive and holistic approach to try to reduce preventable soldier deaths,” Pittard said. “So we have united the resources of our entire installation — our hospital, our fitness program and our wellness programs — in getting at this challenge, together.”

“Our approach creates layer upon layer upon layer of safety nets,” explained Army Lt. Col. Leonard Gruppo, director of the Wellness Fusion Campus that Pittard stood up to synchronize these efforts across the installation.

“You can imagine them as one on top of the other, overlapping and crisscrossing with each other up into the sky,” Gruppo said. “That way, if a soldier falls, if the first safety net doesn’t catch him, the next one or the one after will. And in the end, we have very few who actually hit the ground.”

One might wonder, with so much time and energy dedicated to these programs, how it’s impacting Fort Bliss’ core readiness mission.

“We look at this as supporting our warfighting capability and readiness,” Pittard said. He noted, for example, that waivers for nondeployable soldiers have dropped dramatically.

“By making our soldiers that much more fit and by promoting wellness and making sure they are as resilient as they can possibly be, we are making them better combat soldiers,” Pittard said.

But Pittard recognized from the start that creating a culture that de-stigmatizes asking for help was going to be a challenge.

So he made it an area of command emphasis, calling on leaders from across the installation to be part of the solution.

“That is important, because we recognize that we are accountable to the American people for their sons and daughters that are under our charge,” he said. “Every single life counts, and that is what we want to convey here to our soldiers and families.”

The effort, Gruppo said, helps identify high-risk soldiers but also ensures every soldier is familiar with Fort Bliss’ array of programs to support them.

Also, in September, Pittard made the Army’s Applied Suicide Intervention Skills Training mandatory for all incoming soldiers at Fort Bliss.

About 3 to 5 percent of all soldiers Armywide have taken the two-day training, designed to help them identify signs of distress in fellow soldiers. But at Fort Bliss, that percentage is closer to 30 percent, and Pittard is committed to meeting the 90 percent level by 2015.

“We are far and away from any other installation on training people in ASIST,” Gruppo said. “We have met the Army standard and exceeded it many times over. And we believe this is having a big impact, as a component of the program, in reducing suicides.”

Meanwhile, officials at Fort Bliss are working to promote resilience across the force: emotional resilience, physical resilience, spiritual resilience, social resilience, and through one of its newest initiatives, financial resilience, Pittard said. The idea, he said, is to get “left of the boom” — a wartime term he said applies equally to staying ahead of threats that haunt some soldiers after they return home, and even those who have never deployed.

“The Army recognizes that in the long term, giving people greater resilience skills is the way to get left of the event, before it happens,” Gruppo said. “It’s giving people the right skills to cope with bumps in the road of life better than they [did], so they never get to the point where they want to kill themselves or do something that results in an accidental death.”

To support its long-term strategy of building resilience, Fort Bliss requires that every unit down to company level have a certified master resilience trainer within its ranks. Current Army policy requires one at the battalion level, but Fort Bliss “is continuing to vigorously train people as quickly as we can to get it down to the platoon level,” Gruppo said.

Fort Bliss’ suicide prevention and wellness efforts include some unexpected elements. Leaders added bike and walking paths and gathering places, and planted more than 10,000 trees to encourage soldiers to commune with nature and each other.

Concerned that soldiers were spending too much time cooped up in their barracks rooms, Pittard reintroduced the old concept of day rooms so they could hang out together. He cut off Wi-Fi reception in the barracks so soldiers would congregate at designated hot spots.

“The idea is to create here at Fort Bliss this oasis — this island of wellness for our soldiers and families,” Pittard said. “We want it to be a place that promotes resiliency as an installation.”

Meanwhile, he took the bold step of allowing members of the El Paso community just outside Fort Bliss’ gates to come on post simply by showing a driver’s license.

“That in itself has helped us not be isolated from the American people who serve,” Pittard said. “It helped promote this feeling of communal support among our soldiers, and the sense that they are not alone.”

Statistics indicate that the formula is working. Fort Bliss enjoyed 120 straight days without a preventable soldier death from September through January. Other Army installations and leaders are taking notice, and exploring ways to adopt some of the practices proving successful at Fort Bliss.

But Pittard knows he’s far from the finish line. Already this year, Fort Bliss has suffered two preventable deaths: a soldier who overdosed on prescription drugs in his barracks room, and another who wasn’t wearing his seat belt and was killed in a car crash.

And although no Fort Bliss soldiers have taken their lives in 2013, the post still reports two or four suicide attempts every day.

“We are not going to be satisfied until we have zero preventable deaths, consistently,” Pittard said. “So even though we’ve made some successes, we are a long way from where we want to be.”

Meanwhile, Pittard will continue to focus on creating a “culture of seeking help,” he said.

“We are only partially there, because cultural change takes time,” he said. “But we have some strong efforts in that direction.”

This article originally appeared on defense.gov. For more information on suicide awareness and prevention, visit health.mil.