By Lizann Lightfoot Starting next week, military members will pay more for tobacco products on base– much more. In the... 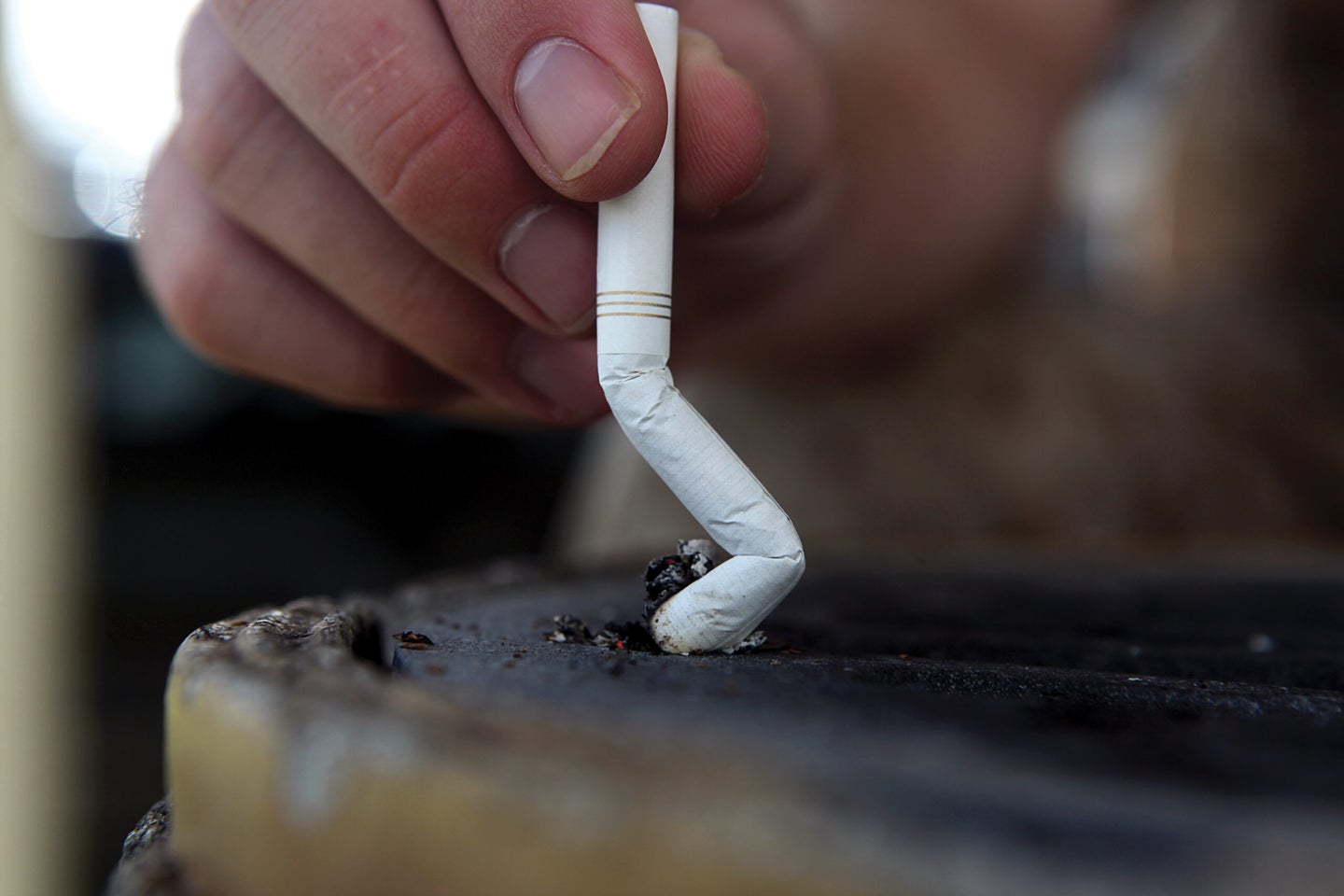 Starting next week, military members will pay more for tobacco products on base– much more.

In the past, service members could purchase tobacco products at the base Commissary, Exchange, or mini-mart using discounted prices. They were not charged local tobacco taxes on the products. Now the DoD is making an effort to decrease tobacco use in the military.

The most effective way to do this is to hit service members where it hurts most: their wallets. The new legislation requires base locations to match tobacco prices off base, including all local taxes. In some places, this could mean an increased cost of 25-30 percent.

The legislation was signed a year ago and will apply to all military bases across the country as well as stores on Navy ships. Some locations will see price changes today. The new rates apply to all tobacco-related products, including cigarettes, smokeless tobacco, cigars, and hookah products. E-cigarrettes and vape pens also will also be affected by the price increase.

Tobacco use in the military has decreased, but not enough

Over the years, the military has tried different methods and rules to reduce tobacco use. Smoking is no longer allowed in government buildings. Second-hand smoke exposure is reduced because smokers must be more than 50 feet away from a public doorway. Smokeless tobacco is not permitted in military classrooms and in some office locations. The DoD is now considering legislation that will outlaw smoking at Veteran Affairs (VA) facilities around the country.

The DoD has a vested interest in reducing service member tobacco usage. Tobacco-related costs to the military–including health costs and loss of productivity–have been estimated around 1.9 billion annually. The office of the Secretary of Defense stated in February, “DoD is committed to advancing the health, productivity, and readiness of the Military, and is making efforts to prevent initiation of tobacco use, help those who want to quit, and decrease exposure to second-hand smoke. Because price is a significant factor in tobacco cessation decisions, DoD believes this policy will make a meaningful improvement in the health of our military.”

What about American tobacco products sold on bases overseas?

At most overseas locations, the only way to purchase American tobacco products is on base. Off base tobacco brands in other countries are not comparable–and in some countries tobacco products are not permitted–so their prices will not be used as a benchmark. Instead, overseas locations will set prices within an average range that reflects CONUS retail prices. “Outside the United States, prices shall fall within the range of prevailing prices for that same product established in outlets of the defense retail systems inside the United States,” the military reports.

Now is the time to quit