Music has a way of connecting us and offering up encouragement during our struggles. During our previous deployments,I have found... 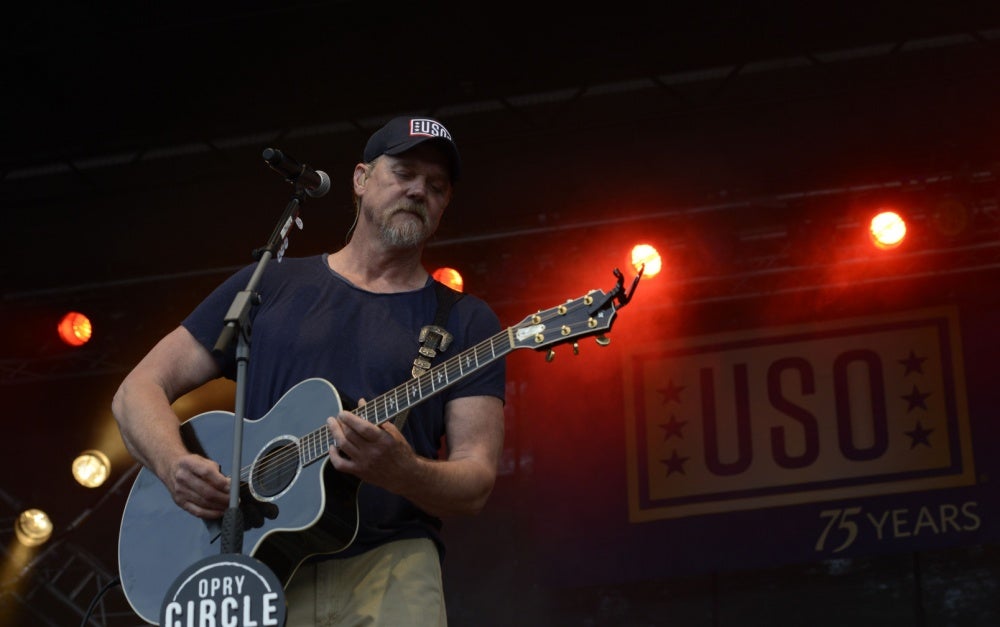 Music has a way of connecting us and offering up encouragement during our struggles. During our previous deployments,I have found music videos were healing during my most difficult moments. When I am sad, I can listen and start to feel better. . .  even if they do make me cry. Here are some of the best music videos with a military theme that will touch you:


This is a touching song about a soldier who receives letters from home: First from his mom, then his fiance, and later his father. This video shows how much letters from home can mean to those serving in the war, especially from those you would least expect.


The story is told from the point of view of a soldier who was killed in action and is now buried at Arlington. There is footage of Arlington and memories of visiting there when he was just a boy.  It’s a reminder of those who have lost their lives for our country.


This song was written for all the service members Toby Keith met during his USO tours. The video follows a soldier having to leave his family to go off to war. We also get to see clips from other time periods in America’s history. This video brings us the realities of a service member’s life, what they give up, and why they serve.

Just a Dream by Carrie Underwood

Carrie Underwoods video is a heartbreaking story of a young wife who loses her husband when he goes to war. Anyone who has lost someone they loved before can understand the feeling of wanting it all to be a dream and to go back to the good times they had together.

I’m Already There by Lonestar

This song is about a man away from his family, missing them, and how his family is doing without him there. The “Message from Home” version of this video has dubbed in telephone calls from military family members and clips of service members and their families.

Citizen Soldier by 3 Doors Down

If your spouse has ever been deployed, you know how badly you want them to come home. . . and that’s what this song and video are about. As the community comes together to light candles and hang yellow ribbons, the singer tells us about how she wants her loved on to come home soon and how hard it can be to be away from one another.

Letters From War by Mark Schultz

This follows the story of a WWII soldier exchanging letters with his mom. His mom then receives a letter from a fellow soldier telling her that her son has been captured. She does not give up and writes to him every day. Two years go by, and a black car comes up to her house. She drops to the ground only to see that the man climbing out of the car is  her son, holding her letters.

Part of Me by Katy Perry

This video is all about self-empowerment. Filmed over three days at Camp Pendleton in California, this is the story of hurt women who just broke up with her boyfriend and decides to join the Marine Corps. You can also see how she tries to work through the pain of the breakup during the training. Local Marines participated in the filming of this video.