President Obama vetoes 2016 National Defense Authorization Act By SARAH PEACHEY In what has been considered an “unprecedented response,” President... 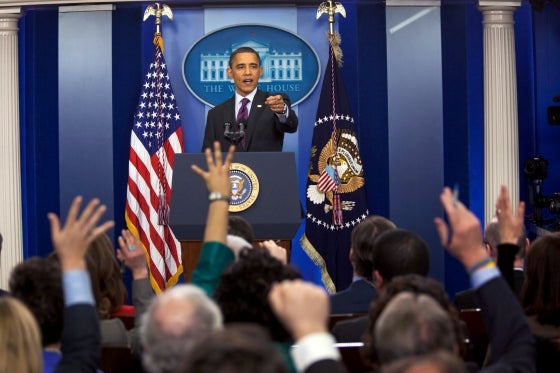 In what has been considered an “unprecedented response,” President Obama has said he will veto the $612 billion National Defense Authorization Bill for fiscal year 2016. The president and some Democrats oppose the bill because it “supports a $38 billion plus-up to defense through a wartime account known as Overseas Contingency Operations, which skirts Budget Control Act Caps [familiarly called sequester],” according to Defense News.

Sen. Pat Toomey (R-PA) said Oct. 22 during a general speech at the Senate that the president plans to veto the NDAA because those who passed the bill bust defense caps, but refuse to bust domestic caps.

The NDAA passed the Senate with a veto-proof majority, but the House passed just below with a vote of 270-156. With the veto, the bill can move back through the house and Senate and be enacted with a two-thirds vote from both levels of Congress. Many are skeptic that the votes will be available.

The 2016 NDAA offered changes to a variety of service member and family benefits:

There are some good and bad decisions included in the bill, but some lawmakers, primarily Republicans, feel the veto is dangerous.

“President Obama’s veto of the National Defense Authorization Act is not only unprecedented, but it is reckless, cynical and downright dangerous. Never before has an American president used the bill that provides pay and support to our troops and families as political leverage for his domestic agenda. The American people, and most importantly, the men and women in uniform deployed to fight in dangerous war zones around the world, expect more from their Commander-in-Chief,” said a press release by Sen. John McCain (R-AZ) and Rep. Mac Thornberry (R-TX).

“This defense authorization bill authorizes exactly as much money as the president requested for national defense. It provides our troops the resources they need for complex missions, and delivers some of the most significant reforms to the Pentagon in more than 30 years. It makes important reforms that improve the benefits, management and acquisition system in the Pentagon. It gives our service members new tools to battle ISIL and al Qaeda, and it provides the Ukrainians the lethal assistance they need to combat Russian aggression. This bill also includes a provision that would enable Congress to adjust the budget categories to match any subsequent budget agreement. The defense authorization bill is the product of bipartisan work, which broad majorities in both houses of Congress have overwhelmingly approved,” the press release said.

The house will hold an override vote on Nov. 5, requiring a two-thirds majority from both levels of Congress.

Information from this article came from Defense News, the National Military Family Association and the Defense Drumbeat Blog by the Armed Services Committee.