It can happen to your mother, sister, neighbor, friend. . . or yourself. One in eight women in the US... 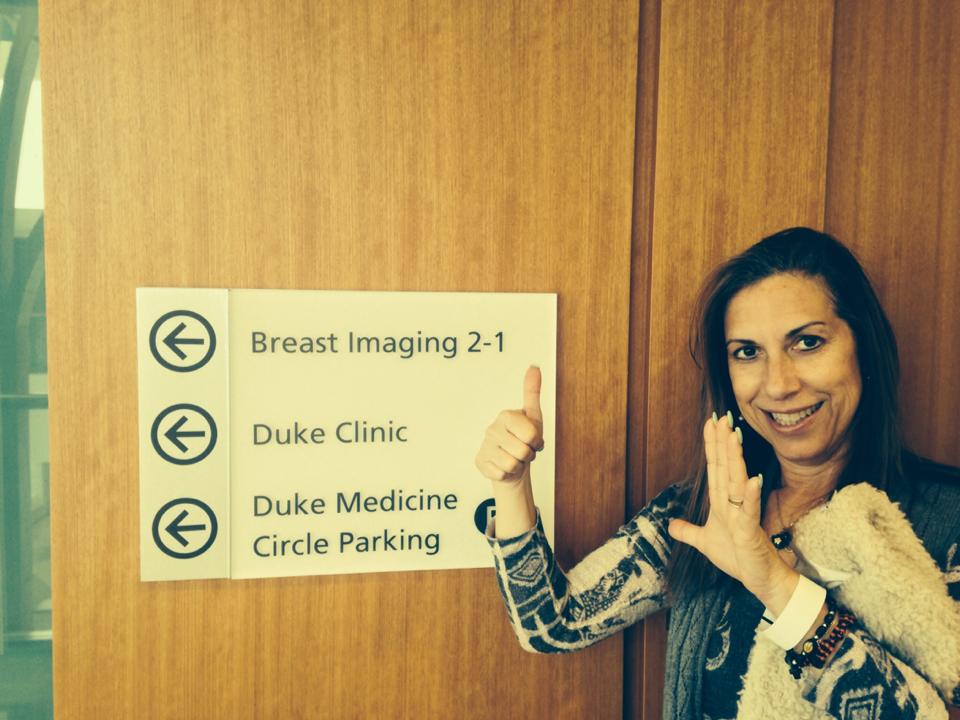 It can happen to your mother, sister, neighbor, friend. . . or yourself. One in eight women in the US will develop invasive breast cancer over the course of her lifetime, according to Breastcancer.org. One in eight. That may be someone in your community, your family, or your unit. For women who have been diagnosed with breast cancer, they say early detection is key and so is finding support.

A deployment and diagnosis

For Eli Arroyo-Allen, the diagnosis came at an already uncertain time: The day her husband was deploying for a one-year assignment to the Middle East. Up until that point, there had been no history of cancer in her family.

“I had turned 40. . . and was always scared to go get a mammogram. Finally, I had my appointment with my OB/GYN coming up, and I knew she would be mad at me once again, so I finally went and got it done,” Arroyo-Allen said. “There was no pain or even lumps palpable.”

The news came the morning of the day she was preparing to say goodbye to her husband Dave. Her immediate reaction was that she was going to win this battle because she had a son, husband, mom, and family that needed her.

As is the case for most military spouses, Arroyo-Allen lived away from the support of her family. She was stationed in North Carolina; they were in Florida. Her treatments included a lumpectomy, lymph node dissection, six rounds of chemotherapy, and 39 radiation treatments.

Because she learned firsthand of the hardships of navigating the unknowns of a cancer treatment, she founded an organization to help connect other patients with a support network. The Loving Life Foundation was created in 2009 to help those with barriers to the critical support they need. Today, Arroyo-Allen has expanded services to reach Latina women because of her own Cuban heritage.

Since her diagnosis in 2003, she has relocated to Florida but continues to travel to North Carolina for follow-up appointments. She says that the journey has taught her about making herself a priority.

“I learned so many things, but primarily to live and enjoy the smallest of things around you,” she said. “Listen to your body as it speaks to you. There is always a message in there for you.  Do your self-exams and if you are scared to do them yourself, find a friend or relative to assist you–it can be intimidating at times.”

Being your own advocate

In May 2012, Elizabeth Castro, a Marine wife, became a part of that national statistic. Prior to her diagnosis, she had no symptoms and no family history. She scheduled an appointment for a mammogram because she was approaching 40, but TRICARE initially wanted to deny the request.

“I had just turned 39 and we had orders to the Dominican Republic (DR) for that summer. I knew I would be turning 40 in the DR and wanted my first mammogram done stateside,” Castro said. “I don’t know why or what made me insist on this. At first, TRICARE said no. Then, they said yes as long as I was 39 years and a day old. The funny thing is, months later they tried to charge me for that mammogram,” she added.

TRICARE’s website states that mammograms are covered for women 40-plus, or patients 30 years or older “who have a 15 percent or greater lifetime risk of breast cancer, according to risk assessment tools based on family history” or meet specific risk criteria.

Castro explains she was in full shock when she got the diagnosis from the radiologist. The family canceled travel plans and moved in with her parents in Texas to undergo treatment.

“Once I saw a breast surgeon, it was decided that I would have a bilateral mastectomy with immediate reconstruction,” she said. “After the surgery the pathology report showed that the cancer had not spread to my lymph nodes, and radiation and chemo therapy was not necessary.”

The mother of two who currently lives in Japan considers herself to be very lucky that it was caught early, which gives patients the best chances of a good prognosis. She says men and women need to be their own best advocate for their health care needs.

“Listen to your gut and ask lots of questions. I always wrote down questions before my appointments. This way if I got nervous I could always pull out my journal,” Castro shared. “I learned to slow down and take care of me. Do things for me. . . I also learned that by sharing my story, it was helping me heal. I would panic every time I had an ache or pain the first few years. There isn’t a day that I don’t stop some time during the day and remember what I’ve been through and thank God for a second chance.”

Experts recommend women to conduct self-examinations at least once a month. For information on how to properly perform a self-exam, visit breast self-exam.