What a Coast Guard Family Wants You to Know

We are used to confusion about our military branch of service – it’s small, and you may not know too... 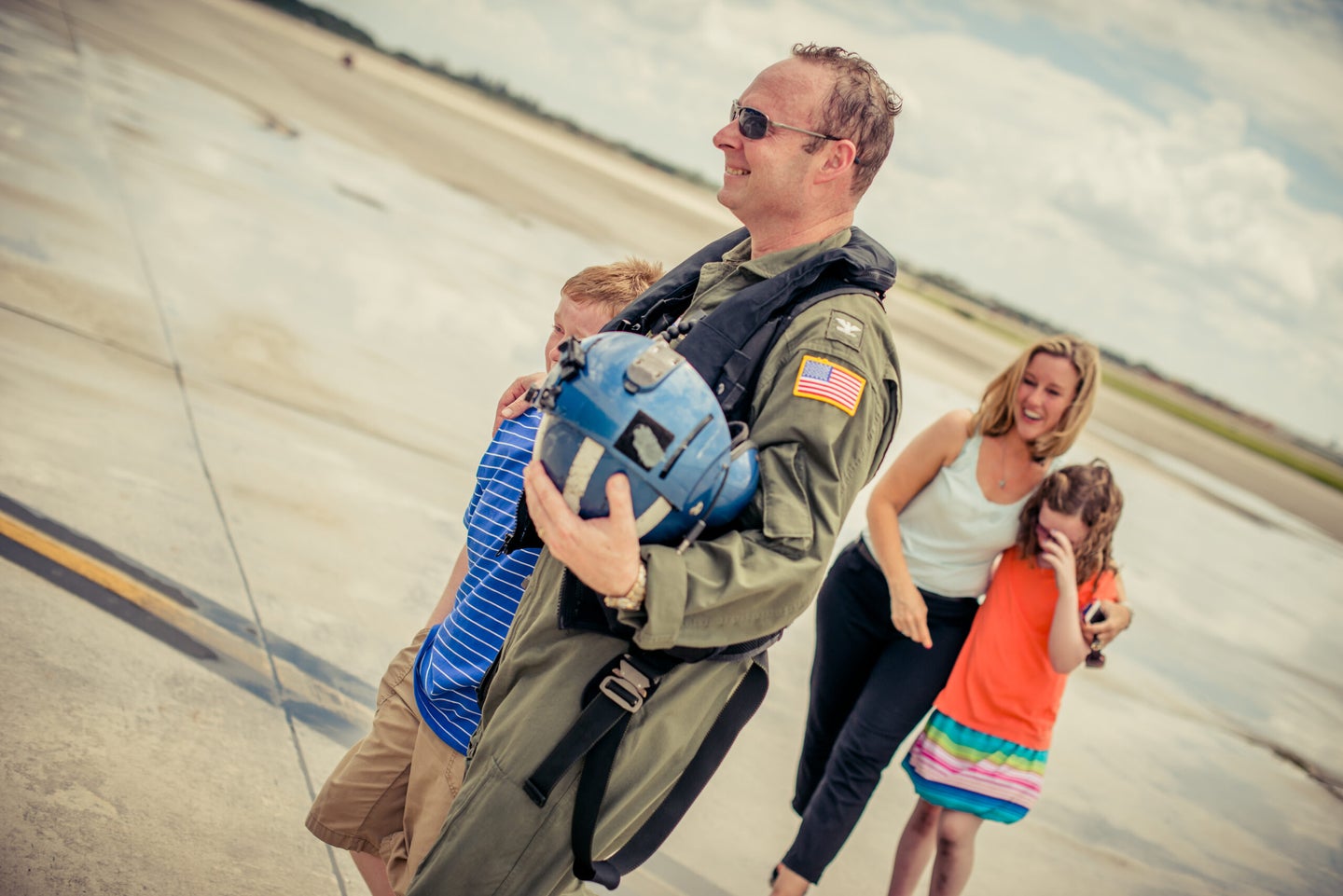 We are used to confusion about our military branch of service – it’s small, and you may not know too many of us.  But you probably know the Coast Guard when you see it, whether it is a ship in a harbor or an aircraft flying overhead.

As our families prepare to celebrate the Coast Guard’s birthday August 4, it’s a great time to fill you in on what Coastie life is like. The Coast Guard has a long history. It began as the nation’s first maritime armed force. We celebrate our beginnings on August 4, 1790 thanks to George Washington’s signing of the Tariff Act, which authorized the construction of 10 cutters to patrol, prevent smuggling, and enforce trade and tariff laws.  While it began as a nautical service, it expanded to include aviation 100 years ago, in 1916.

The modern Coast Guard is responsible for missions that vary among search and rescue, port and waterway security, law enforcement, drug interdiction, marine safety, and defense readiness, which includes combatting terrorism. The average day in the Coast Guard means 9 lives saved, 48 searches and rescues, helping 73 people in distress, and drug interdictions averaging $8.2 million.  In one day.

We do a lot with a little:  We are a small branch, with 41,000 active duty members. The Coast Guard also struggles with a smaller budget and fewer assets.  The Coast Guard operates its assets longer than other branches – some cutters and aircraft are still in regular use after nearly 50 years.

We are military families. The Coast Guard is included in Title 10, Section 101 of the U.S. Code, and it is one of the armed forces. This is the source of some frustration from those who have served and those who love them. I don’t know a Coastie family who has not had to explain that, yes, we really are military families. Active duty Coast Guard is full time.  There is a separate reserve component. (And it is celebrating its 75th anniversary this year.)

Which means, we are not that different from other branches. Our active duty members serve all over the world, including in the Middle East, Europe, Asia, and South America. You will find Coasties embedded in all of the combatant commands around the world.

Our active duty members deploy, and families are home alone a lot, too. The length of deployments varies depending on the mission and the job — whether the service member is shipboard, an aviator, or shore-based.  Deployments can last up to a year for overseas deployments, or six  to nine months on some ships.  They can be repetitive – those on cutters may be home three months, and then back out for three months, or two months in, two months out.

We PCS every few years, just like everyone else, and we have the same amount of control families in other branches have about where they end up. However, our housing is mandatory, so if there is Coast Guard housing available, we are required to live in it. We rarely live near military treatment facilities, commissaries, or large military bases.

However, on the plus side, we are almost always near the water, and we get to live in some of the most beautiful locations in the country, like Alaska, Hawaii, Puerto Rico, or Florida. Or we get to be a part of the communities in some vibrant port cities like Boston, Seattle, or New Orleans. There are also some inland duty stations around the Great Lakes region or along larger waterways like the Mississippi River. Some of the waterfront communities at which we’re stationed, while beautiful for vacations, can be expensive for year-round living. When it comes to our kids, Coasties are often one of the few military families in schools. Coastie families are used to having to explain military life and the particular needs kids have to administrators and other parents.  I always think that makes us a kind of ambassadors for military life in the civilian world.

Our differences make us unique while also bringing us special challenges. We are not DoD. We are DHS.  Because we are not part of DoD, Coastie families are not allowed to access the support services that are available to families in other branches. Family support programming comes directly through the Coast Guard, with a much smaller budget. We are not included in Military OneSource.  Instead, we have a smaller version called Coast Guard Support.  It can get complicated, and most of us are masters at poring over the rules and regulations to see where we stand.  A common example among us– we are not eligible for scholarships through the My Career Advancement Account, better known as MyCAA, or employment help through the Spouse Education and Career Opportunities, MySECO. When we can’t find similar support through the Coast Guard itself, we get creative and find help through nonprofit organizations.

Volunteerism keeps us afloat.  When it comes to family support, we do not have brick-and-mortar locations to find services.  When we are lucky, a Coast Guard family member at a unit will step up and volunteer to be an ombudsman (much like the U.S. Navy).  These are the people who work with commands to hold up our families when things go wrong, help us find services when we need them, or assist us in settling into our new communities.

The other huge corps of volunteers is the Coast Guard Auxiliary – there are almost as many volunteer civilians as there are active duty members.  The auxiliary is made up of 30,000 people in all 50 states, as well as OCONUS locations like Puerto Rico, Guam, the Virgins Islands and American Samoa, who work on their own time to support Coast Guard operations. Maybe because we are small, or maybe because we don’t get all the same support programs, we are close-knit. The Coast Guard is so small that we tend to know each other or we have mutual friends. Do you have Coastie friends?  If we haven’t met them, we probably will eventually. This is especially useful when we are moving. We can usually track down a friend or an acquaintance who has been to a particular duty station.  I know that has saved my sanity in every single move.

We rely on each other first. We have a very strong network, especially online, of connected Coast Guard families who stick together to make sure we have everything we need.  This week, You’ll catch us together at picnics, sporting events, parades, and parties celebrating our families’ commitment to the Coast Guard core values of honor, respect, and devotion to duty, but also to the service that unites us.

We know our active duty loved ones are committed to assisting those in need, and we, as family members, remain Semper Paratus, or always ready, to do the same. Military family has always been at the core of Shelley Kimball’s life.  She has been a Coast Guard spouse for more than 15 years, but she also grew up as an Air Force kid.

She writes a regular column about military family life for the Coast Guard called From the Homefront . She is also on the board of directors for the Military Family Advisory Network.

She holds a Ph.D. in mass communication and teaches at The George Washington University and the University of Florida. She and her husband, Joe, an aviator, are proud parents of two Coastie kids.