A commissary pilot program that allows users to order their groceries online and pick them up outside the store will soon be... 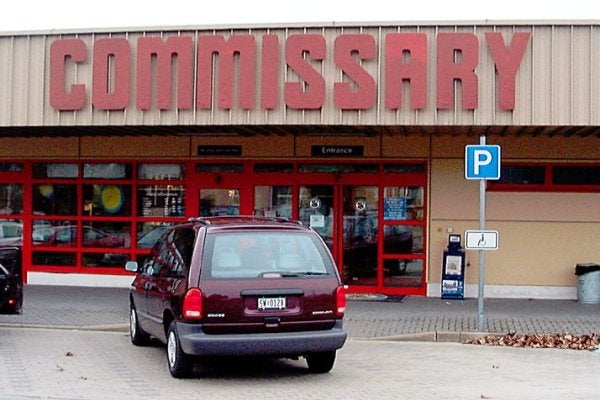 A commissary pilot program that allows users to order their groceries online and pick them up outside the store will soon be expanded, possibly with a new service fee, officials said.

The service, which allows authorized shoppers to order food and other items online and select a time for pick-up, is currently free, and users are not permitted to tip. The program, known as Click2Go, has been in operation at three stateside commissaries since 2013. In June of 2016 officials said they had no plans to expand or eliminate the pilot program, although they said at the time of roll-out that they expected the test to last only into 2014. The program is currently available at Fort Lee, Virginia, Offutt Air Force Base, Nebraska and Travis Air Force Base, California.

Now officials said they are planning an expansion to the service, although they have yet to announce where it will operate.

“The Agency is actively engaged in the development of a Click2Go expansion plan,” Kevin Robinson, a commissary spokesman, said in a statement. “We expect to have an announcement soon on specific plans to expand.”

Launching the service at a new location requires the installation of a delivery area and call button adjacent to the store where users stop for pick-up. Orders must be placed on the commissary’s website a minimum of six hours in advance, and can be scheduled up to a week out, according to a commissary fact sheet. Coupons are accepted, and patrons pay at pick-up using a credit card or debit card run as credit. Cards requiring a PIN, WIC and food stamps, cash and checks are not accepted at the curbside stations.

The curbside program makes up about 2 percent of sales at the three stores it’s operating in now. That number is in line with civilian grocers, such as Walmart, who offer the service outside the gate, officials said. The average amount, known in grocery parlance as “basket size,” spent on Click2Go orders is about $105 — 60 percent higher than the basket size of shoppers inside the store, they said.

Officials said any new fee for the service “would be in line with grocery retailers.” Although some grocers, like Walmart, offer pick-up for free, fees at other grocers vary. For example, Giant charges about $3 per order, while Ralphs charges about $7 and Kroger charges about $5.