By Amy Bushatz, Military.com and Spousebuzz.com The commissary system will introduce its first-ever product under its new in-house brands at... 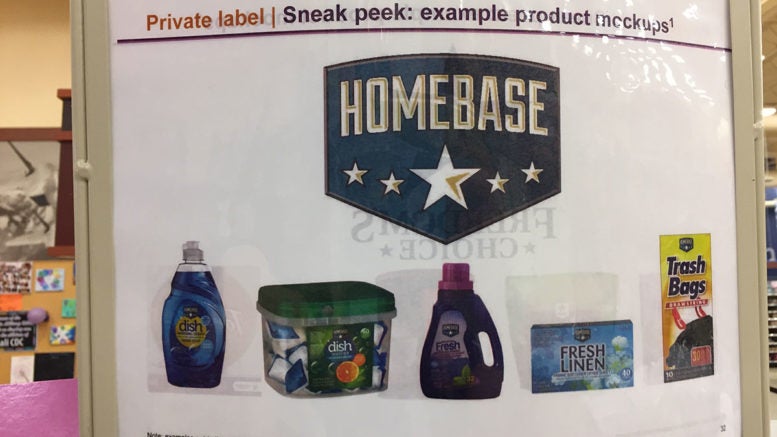 The commissary system will introduce its first-ever product under its new in-house brands at the end of May: bottled water.

Officials announced plans to produce and introduce 4,000 private label, generally known as “generic,” items after a 2015 law change allowed them to do so. Last year they announced that those brands would be known as the not at all cheesy “Freedom’s Choice” and “HomeBase” product lines. (No word yet on whether or not “Freedom Rings” cereal will be an option — but please let it be so).

And commissary officials say that will kick-off with bottled water. At least one store is advertising the upcoming introduction, although officials tell us that announcement isn’t system wide.

Here are the pictures of the new brand logos, in case you have forgotten.

While having a generic brand tends to give shoppers a cheaper alternative to name-brand items in any given store, the commissary brand doesn’t really serve that purpose quite to the extent as the one at, say, Walmart does. That’s because the commissary already offers off-label brands at a lower price. For example, in the cereal aisle you’ll find the Ralston brand.

Instead, the commissary’s main benefit to producing these generic brands is income. The agency plans to sell goods for more than they cost to produce, marking one of the first time in its history that it is turning a profit on goods sold. This comes at the same time as the other initiative in commissary’s history that it’s been able to sell goods at more than cost — running a pilot program to raise prices to be a certain level below outside the gate.

Let us know when you start to see the new brands!