A national memorial honoring the contributions of the Native American community to the US military will soon become reality. It’s... 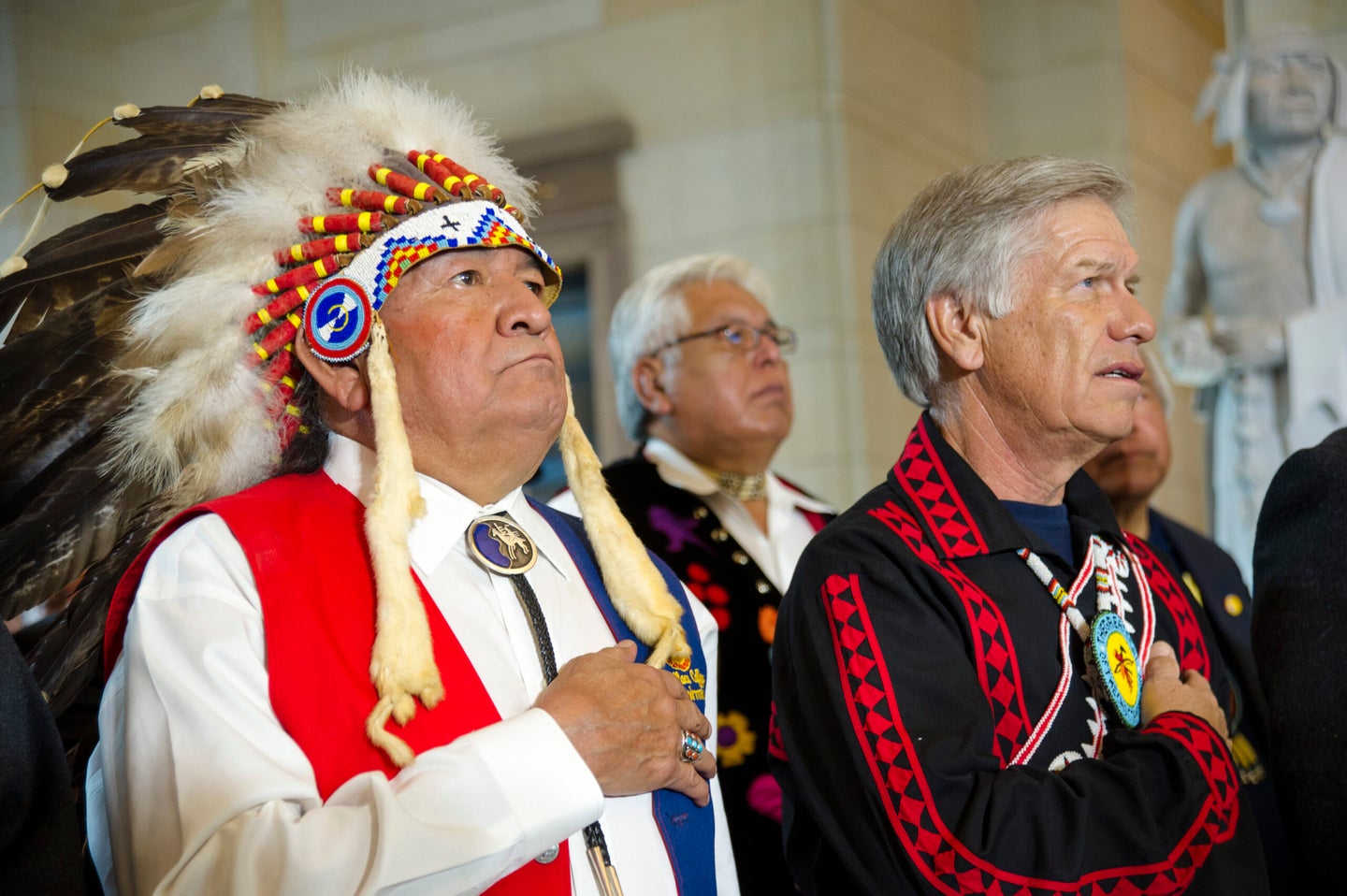 A national memorial honoring the contributions of the Native American community to the US military will soon become reality. It’s estimated that about 24,000 active duty military members and more than 150,000 veterans identify as Native American or Alaska Native. Native Americans–both men and women–have participated and fought in every US war since the American Revolution, yet their stories are widely unknown. This memorial seeks to change that.

The National Native American Veterans Memorial, when built, will reside on the grounds of the National Museum of the American Indian, a Smithsonian Institute dedicated to the history and culture of the continent’s first people.

The project has received the congressional approval needed to erect a monument on the National Mall; however, no federal money will be used for the build because according to the Smithsonian Magazine, “Congress has declined to apportion federal funds for the memorial.” The project is expected to cost $15 million dollars.

“This is a tremendously important effort to recognize Native Americans’ service to this nation,” Ben Nighthorse Campbell, a member of the Northern Cheyenne tribe, Korean War veteran, former Senator, and co-chair of the memorial’s advisory committee says of the memorial. “We have so much to celebrate. Like so many others, I was compelled to serve to honor the warrior tradition that is inherent to most Native American societies—the pillars of strength, honor, pride, devotion, and wisdom.”

The memorial will be brought to fruition by a panel of members from around the US. The memorial’s advisory committee is made up of Native American service members, Gold Star parents, military family members, and veterans and represent every branch of the service including the Coast Guard, Reserve, and National Guard. The advisory committee and the National Museum of the American Indian have selected a “blue-ribbon jury of Native and non-Native artists, designers, scholars, veterans, and others to conduct a design competition for the memorial.”

The competition will officially–and fittingly–open November 11, 2017 with finalists chosen January 25, 2018. If all goes as planned and to timeline, the dedication of National Native American Veterans Memorial will take place on Veterans Day 2020.

To donate to the memorial or to learn more about the design competition, click here.