CrossFit with a purpose: Pay tribute with a hero WOD

By Amy Bushatz, Military.com and Spousebuzz.com CrossFit’s popularity among service members and veterans is no secret. Love it or hate... 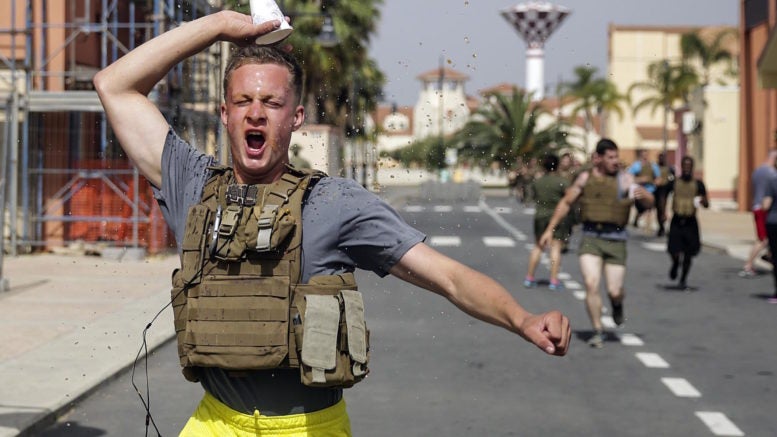 CrossFit’s popularity among service members and veterans is no secret. Love it or hate it, troops know that the functional fitness program takes seriously staying connected with the U.S. military. CrossFit Games director Dave Castro is a former Navy SEAL and CrossFit affiliates located on military bases are free.

But the CrossFit Hero WODs – or workouts of the day – are what really mark CrossFit as a U.S. military-friendly sport. Designed to honor a specific fallen military member or group of fallen troops, the Hero WODs are particularly long and challenging. They are also often developed to contain movements and weight suggestions with the hero in question in mind. For example, one sister of a soldier killed in action told me her brother’s Hero WOD includes legless rope climbs because “he loved that hard sh–.” Usually, information about the person or persons being honored in the workout is read out loud before the session.

Hero WODs are typically named after the fallen service member and assigned to the day the person or people were killed in action, resulting in more than one Hero WOD on some days and none yet given the OK by CrossFit HQ for others. For example, August 6 has at least 10 distinct Hero WODs assigned to it, including “31 Heroes,” which honors the 31 U.S. personnel on board the Chinook helicopter when it was shot down in Afghanistan on August 6, 2011. Although a guide to how to get a Hero WOD approved by CrossFit isn’t available online, rumor has it that contacting them by email with your request will do the trick.

What doesn’t exist is a truly definitive guide to all Hero WODs. Part of the reason for that is that new ones are constantly being given the OK as “official” by CrossFit HQ.

Author Carter Henry seeks to fix this through her new book The Hero Workouts: 100 Workouts Dedicated to Soldiers and Warriors. (We’ll give her a sort-of pass for only talking about soldiers and “other warriors” on the cover, even though Murph, arguably the most well known Hero WOD, is dedicated to a fallen Navy SEAL.) While not a definitive guide, the book does a great job of laying out the details on 100 workouts.

But what really makes this book cool is the research Henry put into writing bios of each and every service member honored in the Hero WODs. The one-page biographies contain a photo of the hero, his or her name, details and their service and death and a paragraph discussing where donations can be made in the person’s honor.

As icing on the cake, Henry plans to donate 100 percent of her earnings from the book to the Special Operations Warrior Foundation (SOWF). Can’t argue with that.