Dealing with Reverse Culture Shock as a Military Family

As our plane rose into the clouds, the German countryside looked like a patchwork quilt; square fields of spring yellow... 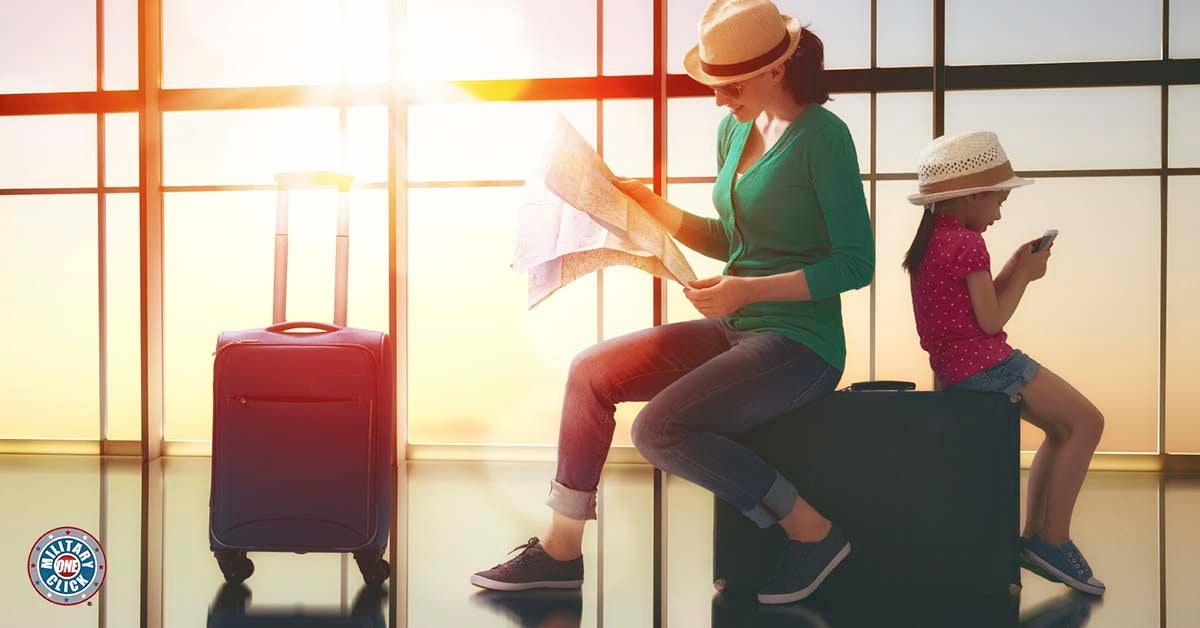 As our plane rose into the clouds, the German countryside looked like a patchwork quilt; square fields of spring yellow and green appeared to be stitched together with thread the color of soil. We were on our way to Texas for the first time since we had arrived in Europe last April.

I had not seen my parents in over a year, and I could not wait to wrap my arms around them. An overnight flight to Dallas, a short lay-over and a total of fifteen hours later, we were making our final descent into Houston. Unlike the wide open spaces we had grown accustomed to in Germany, the familiar blanket of land that stretched out beneath us was made up of busy patterns created by cluttered subdivisions, city lights and grey, vein-like highway systems.

Making our way through the final customs checkpoint, the security officer muttered a tired, but greatly appreciated “Welcome home” as he handed me back our stack of passports.

Why, then, did I suddenly feel so out of place?

For military families living overseas, a greatly anticipated trip back to the States can be a little disorienting, to say the least.

If you are planning a visit back to the U.S., there are a few things you might want to try to prepare yourself for…

Digging my fingernails into the upholstery of my mom’s mini-van, I tried not to squeal as my dad wove in and out of traffic on the four-lane interstate as we made our way to my parents’ house from the airport. Turns out, flying down the Autobahn at 130+km an hour can seem less intimidating than being sandwiched between Texas-sized pick-up trucks and sports utility vehicles when you have been away for a year. I had read about reverse culture shock before we made our trip back to the States. Naively, I thought simply being aware of the fact that things might be a little overwhelming for us at first would be enough to minimize its effects. However, I quickly learned it is difficult to prepare yourself for shock of any kind; by its very definition, it is something that comes when you least expect it.

I am a little embarrassed to admit this, but aside from getting to spend some good, quality time with my parents, one of the things I was most looking forward to on our trip back to Texas was gorging on greasy, American fast food. I was a little surprised and disappointed, then, when that super-sized cheeseburger and fries did not quite satisfy like I remembered it. In fact, I had trouble finishing my meal.

While this may be a small, seemingly insignificant example, the truth is living overseas has a way of changing your perspective. I suddenly found my senses heightened when it came to noticing the many little– and some major– differences between life in the States and the way things are done in Europe.

Feelings of homesickness and disconnection

Sitting in my parents’ living room, surrounded by many of the faces I had been missing for so long, I was startled to find myself struggling to suppress pangs of homesickness. Having been away for a year, the reality was we had all grown and changed in different ways in our year apart, and it was difficult to consolidate our experiences.

While it may seem strange to long for a foreign country when you are in a place you once called home, try not to feel guilty if you do.

The effects overseas living may have on your children

My 5-year-old son’s first solo trip to the bathroom at my parents’ house ended with a loud crash. Somehow, in the process of trying to figure out how to flush the toilet, he had jostled a shelf full of sentimental trinkets, nearly it knocking it off the wall. I could not help but laugh! Commodes with handles are not common in Germany.

It never occurred to me that I might have to re-teach my boys how to perform simple, everyday tasks simply because they are done a little differently in the States. The time it may take to adjust to a different climate

I could not wait to bask in the Texas summer heat in shorts and flip flops, two items of clothing that had been collecting dust in my closet over the last year. Most days, we were still wearing scarves, light jackets and boots in Germany, which is why things like air conditioning and ceiling fans are uncommon where we live. It took me by surprise, then, when I suddenly found the mild eighty-something degree temperatures and humidity I had grown up with to be almost unbearable.

Not only will you have to be patient with your body as it recovers from jet lag, you may also need to give yourself time to adjust to a climate you are no longer accustomed to.

Waving goodbye to my parents, I found myself struggling to breathe as we made our way toward the plane that would take us back to Europe. Half of me could not wait to get back to our life in Germany, but the other wanted to stay in Texas and lay deep roots. Living overseas for a year has already changed us in ways I did not expect, and I only became aware of many of them when we made our first trip back to the States. Remembering to bring all of the right toiletries, clothing and identification is only a small part of the battle of being prepared.

No matter where we go, it helps to remember home is not where we are but who we are with. Courtney is a military spouse, mom of 2 boys and part-time writer-editor for a travel & lifestyle magazine serving military families stationed in Europe. She has an MA in Human Services Counseling Military Resilience and hopes to share what little she has learned along the way to help others overcome the unique challenges of military life. You can follow her adventures at her blog, Courtney At Home, or through her social media: Instagram, Facebook, Twitter, and Pinterest.