It is 5 a.m. and the sun has yet to rise on a chilly morning where all that can be... 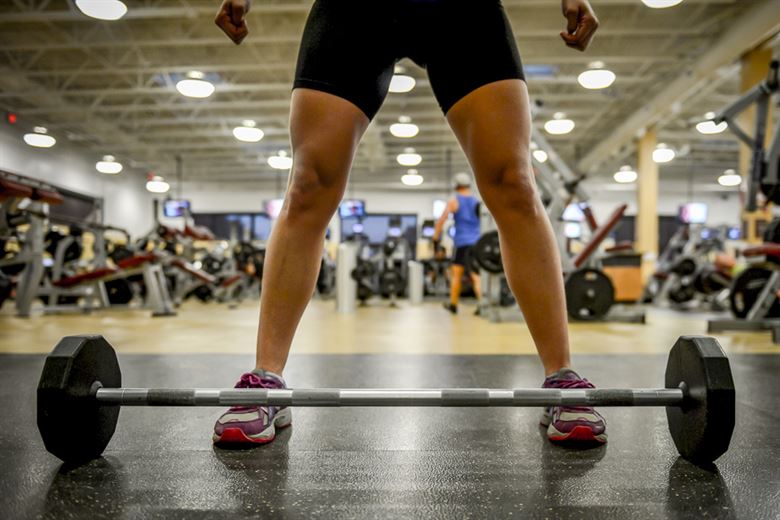 It is 5 a.m. and the sun has yet to rise on a chilly morning where all that can be heard are the crickets chirping at the Main Fitness Center at Shaw Air Force Base, South Carolina. Inside, however, the clacking and grunts of those pushing their bodies to their limits fills the room as Staff Sgt. Jaquelynn Madsen, 20th Civil Engineer Squadron Airman dorm leader, walks through the front doors.

Madsen, previously a 20th CES operations manager, currently works at dorm management ensuring new Airmen are properly briefed and settled in their new homes, as well as assisting with any complications that arise while living there.

Even though she spends her days working for the Air Force, she uses every other waking moment to prepare for her next competition as a professional bodybuilder.

Madsen states she loves to challenge herself, and one of the ways she chooses to do that is physically.

“I believe you don’t know your true strength until you’ve reached the part of where you’re exhausted and you don’t think you could push on anymore, and you are able to tell yourself mentally ‘I can go, I can keep going,’” said Madsen.

Everyone needs a goal, said Tyler McMillan Wammack, Madsen’s boyfriend. Everyone needs something to drive them to do something and in the Air Force, a lot of people are fit to serve, but she also does it as a second job, to compete.

“What got me into bodybuilding was my grandmother and my biological father both passed away within the same year,” said Madsen, a Conyers, Georgia native. “I needed something to kind of fill the void and keep me busy, keep me focused more on my goals and keep me moving.”

Every moment Madsen has is used toward her fitness and health. Even when she endured a life-altering foot injury that required surgery, she never gave up on her goals.

“The doctors told me after my foot surgery that it was so messed up that I would probably never be able to run competitively in the Air Force again,” said Madsen. “I worked so hard to get to where I could actually run again. If somebody tried to tell me again that I wouldn’t be able to do something, I would laugh in their face and I would say ‘watch me.’”

Madsen has been competing for more than four years and has participated in four competitions. She won her third competition, in 2017, and was awarded her professional bodybuilder card.

She competes with a support system that includes her boyfriend, who encourages her to continue working towards her goals and assists during her competitions.

“A lot of people have their goals but they never go for them, she has her goals and she goes for it and does well,” said McMillan Wammack. “It’s awesome that she can choose to do something and then do it to the max.”

Physical fitness and eating healthy are only portions of what it takes to become a bodybuilder. At the end of the fitness journey, Madsen still needs to prepare for the competition and physically compete, holding numerous poses during a routine she prepares for the judges.

Even with all the preparation, it may not be enough.

“I think the most important part of being able to compete is being able to lose gracefully,” said Madsen. “You have to have a shell already built up around you and say ‘it’s not because of me, because I put in the work, it’s because I wasn’t what they were looking for.’ You can’t let it define you as a person. You can’t let it mold you into something you’re not.”

Madsen wraps up her workout with a smile on her face as the evening chill rolls in. She leaves the noise filled gym, fit to fight and ready for any challenges the next day will bring.