Department of Defense leaders announced the Interim Final Rule that charts the way forward for transforming TRICARE, the military’s health... 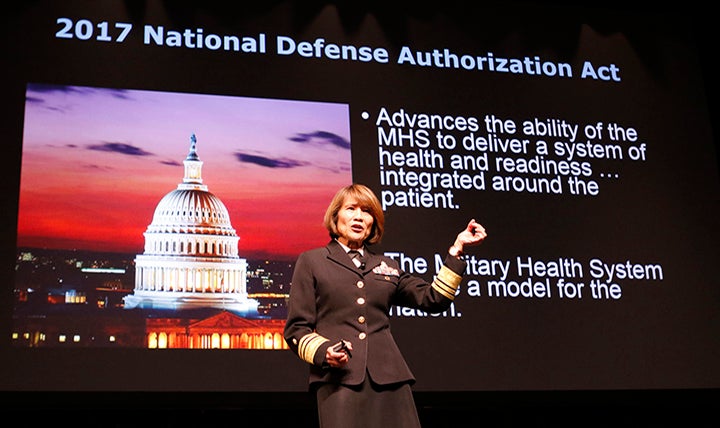 “We are at a really important point in time for our beneficiaries and the overall military health system in terms of changes and reforms,” McCaffery said during a recent phone interview with reporters.

The changes grew out of the National Defense Authorization Act last year that mandated the transition to TRICARE managed care contracts. This, added to all the changes happening in general in the health care field, “makes for one of the most significant health care transitions for our beneficiaries in decades,” he said.

The agency will establish an annual open season enrollment period that beneficiaries can participate in each year to choose their health care plans, Bono said. The open season will run much like the Federal Employee Health Benefit program works and will be held at the same time.

The rule also outlines the rules for qualifying “life events” that allow beneficiaries to make changes that need to occur outside the open season, Bono said. Qualifying life events trigger a 90-day opportunity to enroll in or change TRICARE Purchased CareThe TRICARE Health Program is often referred to as purchased care. It is the services we “purchase” through the managed care support contracts.purchased carecoverage for the rest of the calendar year. These include changes to marital status, births, adoptions, changes in service status, and so on.

Bono said 2018 will be a transition year. “During that time, enrollment changes will be available throughout the year as beneficiaries adjust to the new process,” she said. “We will also be broadening access for beneficiaries by setting out the requirements that at least 85 percent of our beneficiaries have access to network providers in TRICARE Select.”

The agency will switch administration of the program from the fiscal year to the calendar year to streamline the combined changes mandated by the National Defense Authorization Act and the new contracts for beneficiaries, Bono said.

Included in the rule for TRICARE PrimeA managed care option available in Prime Service Areas in the United States; you have an assigned primary care manager who provides most of your care.TRICARE Prime beneficiaries are new requirements for timely appointments and new access to care, Bono said. “For Select beneficiaries seeking care within our broader network, it offers access to no cost preventive services now available to Prime enrollees,” the admiral said.

The rule also means a conversion from the current cost share from a percentage to a fixed dollar amount, she said.

This is the start of the process, McCaffery said.

“We recognize that our work is not done,” he said. “The interim final rule is an important step in the whole process we will need to have continued, [with a] very intense focus until the formal transition takes place January 1, and for months afterward.”