This is a call to action for all military men and women, the veterans that came before them, and the... 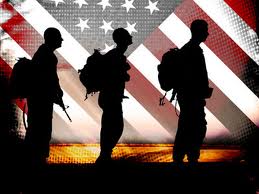 This is a call to action for all military men and women, the veterans that came before them, and the families that support them both.

On January 2, 2013, the automatic spending cuts written into the Budget Control Act of 2011 (otherwise known as sequestration) will go into effect, amounting to an additional $500 billion in cuts to the defense budget. Sequestration poses an immediate and direct threat to both our nation’s defenses and the people who provide for that defense.

Sequestration would create significant readiness issues, reducing the force by tens of thousands of personnel, freezing compensation, reducing healthcare, and eliminating important family support programs. At an absolutely critical juncture, sequestration has the potential to decimate the all-volunteer force, all because politicians do not want to compromise or make hard decisions.

We understand the sacrifice required of our entire nation in order to reduce our overall deficit and debt. However, this sacrifice should be shared by all. Our nation’s debts should not be primarily laid on the shoulders of those who have already given so much.

The Department of Defense’s leadership has been constantly pushing Congress to take steps to avoid sequestration. Here is but one example:

“I’ve seen extraordinary examples of courage and sacrifice over the past year in the men and women that I’ve met in the war zones, in the wounded warriors that I’ve met here at home. They are willing to put their lives on the line in order to protect our country. They deserve better than the threat of sequestration. Too often today, the nation’s problems are held hostage to the unwillingness to find consensus and compromise, and in the face of that gridlock, artificial devices like sequester are resorted to in order to somehow force action. But in the absence of action, sequestration could very well threaten the programs critical to our national security…the men and women of this department and their families need to know with certainty that we will meet our commitments to them and to their families.” Secretary of Defense Leon Panetta, Pentagon briefing, June 29, 2012.

In the end, what sequestration means to military families is that Congress and the White House are putting our military members at a significantly greater risk of harm or death by withholding training, providing an inappropriate level of resources, and by increasing the likelihood of armed conflict.

Current thinking is that a sequestration solution might be reached after the Nov 6 election. We would remind everyone that actions conducted in a lame duck session are often by elected officials who can no longer be held accountable because they weren’t reelected. Other elected officials are hoping that decisions made in a lame duck session are ones that will be forgotten by the next election. Decisions that could have this much impact on the defense of our nation should not be pushed to a lame duck congressional session.

Military personnel and their families must let their congressional representatives and our Commander-in-Chief know we will be voting this November based on what they each accomplish in the next 50 days to stop sequestration, not what they promise to accomplish after November 6.

With phone calls, letters and emails to your representatives, senators, and to the president, let them know that military families are watching. Tell them they will be held accountable for their action, or inaction, regarding sequestration.

North Carolina, Virginia, Florida, Ohio, Colorado and Nevada have 90 electoral votes. These states are considered to be toss-up races, some for both the presidential and senatorial races. Each of these states has significant military (active, Guard and Reserve), DoD civilian and veteran populations. They will all be negatively impacted if sequestration happens.

The turnout by military affiliated personnel has the potential to significantly impact this year’s election. An increase in military voting turnout by 10 percentage points could easily be the difference in determining who controls Congress and the White House in 2013.

To those on active duty, those in the Reserves or in the National Guard, we know there is a history among some military men and women of not wanting to become involved in the political process, to include voting. We urge you to consider this: This election will be absolutely pivotal to the future of our military for generations to come, as well as those currently serving. You have the duty to participate and vote this November. You defend the right for our nation to vote, so please do so yourself.

To our elected leaders: failure to act prior to the election constitutes a failure of leadership on the part of the President, the Speaker of the House, and the Senate Majority Leader. Failure on their part to solve this issue prior to the election will be the same as a vote against our men and women in uniform and their families. Our men and women in uniform have done their duty. Please do yours.

For full story and the heated reactions on the Huffington Post page, please click on this link:

Please share your reaction and comments below – thank you!