While past opinion on drafting women has see-sawed, public support grows for women voluntarily serving in combat. 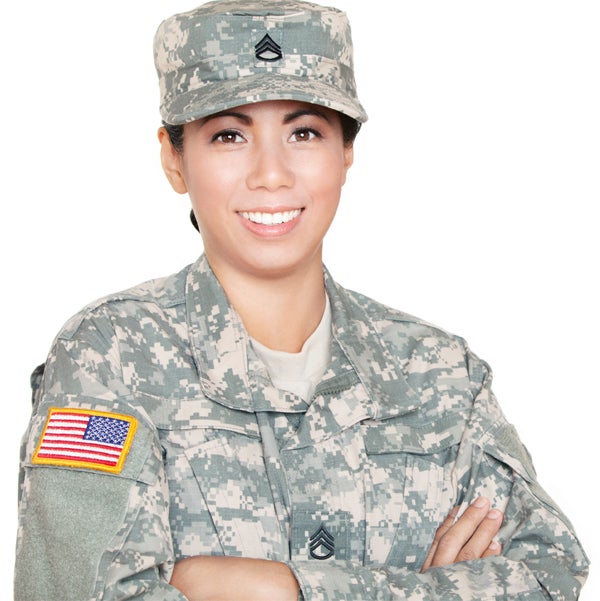 Recently, at the annual meeting of the Association of the United States Army in Washington DC, Army Secretary John McHugh caused a stir by stating that if the objective of having women serve in combat is of “true and pure equality” then our nation will also have to consider registering women for the draft. He said the debate would be an “emotional” one.

Yet the idea of drafting women to serve in our nation’s Armed Forces is not new nor is the idea of women serving in modern combat unpopular. The debate could be less emotional than the Secretary of the Army might imagine. But just the word draft evokes emotions and memories of a less stellar military experience for so many in our nation that the debate around women being drafted could become a larger argument about the value of the draft itself.

History of Women and the Draft

During World War II, a shortage of military nurses forced the United States Department of Defense to consider a draft. Before putting any plan into action, a surge of young women came forward to volunteer and conscription was deemed unnecessary. But an ideological barrier was broken. It took another few decades before anyone actually tried to change the law, but a gradual transition started to take place. After strong lobbying on several women’s rights issues in the 1970’s, the ACLU deemed the time right to challenge the male-only draft. The case went all the way to the Supreme Court and in 1981, the court ruled that the Selective Service Registration of only males was not illegal based on the fact that only men could serve in combat.

At about this same time, President Jimmy Carter asked Congress to amend the Selective Service legislation to include presidential authority allowing for a draft that included females. Congress did not approve such authorization. A year later, the Senate claimed the reason for not including women in the Selective Service was that the DoD’s policy did not allow females to serve in combat. The trend continued with the argument against including women in the Selective Service always hinging on their automatic disqualification for combat positions.

The issue was re-examined in 1992. Although a Presidential Commission decided against including women in the draft, public opinion was beginning to sway:

“…a random telephone survey of 1,500 adults, showed that, in the event of a draft for a national emergency or threat of war (and assuming an ample pool of young men exists), 52 percent of respondents indicated women should be drafted, about 39 percent of respondents indicated women should not be drafted, and 10 percent responded they did not know.”

The General Accounting Office (GAO) studied the issue again  in 1998. Their results are outlined in Gender Issues: Changes Would be Needed to Expand Selective Service Registration to Women. Basically, they determined that the the Selective Service would need additional personal and approximately a $5 million increase to their annual budget in order to successfully add women to the database.

Under current law, the Selective Service cannot accept women, even if they should choose to register without being compelled to do so. However, there are regulations that address transgender registration that prevent those born female who identify with being male from registering and require those born male who identify with being female to register.

The debate will continue. While past opinion on drafting women has see-sawed, public support grows for women voluntarily serving in combat. But if women are permitted to serve in combat roles, the foundation for excluding them from the Selective Service crumbles. The only question that will remain is if Congress will be proactive and mandate registration without needing a Supreme Court Case to force their hand.

Stay tuned next week for Part 2: Congress and the Future of the Selective Service.