Thank you to Sara Gibb for this touching blog! There are no fireworks at my family’s favorite military event. No... 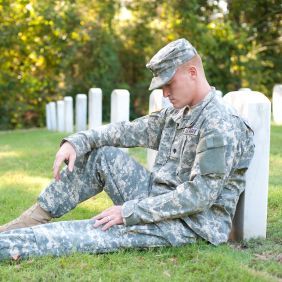 Thank you to Sara Gibb for this touching blog!

There are no fireworks at my family’s favorite military event. No parades, no throngs of civilians enjoying their hard earned day off. We gather to celebrate one friend, one son; a single focus on a single day. E-Day was born on June 28, 2005, when Erik died on a hill in Afghanistan. Encircled by his SEAL team then and forever, Erik did what some call making the ultimate sacrifice or paying the ultimate price. That sounds very lofty, but disconnected somehow. For those who every year meet at a quiet park in a sleepy suburb of DC to celebrate his life, we say he was killed in action, and that that day a hole was left in hearts that will never, ever be filled.

E-Day is personal. It’s not about recognizing the 3347 sons and daughters lost in Operation Enduring Freedom, it’s about Erik. Erik the Naval Academy company-mate. The rower. The scholar. The SEAL. The cousin, the son. There are no vast memorials to pass anonymously by. It’s about hugging his mother and reminding yourself that if you think he’s the only one who paid a price for our freedom that day, you’ve missed the point entirely.

I love that my children understand this day more and more every year. Dash-Two who is six is starting to empathize with Erik’s parents, and he says he’s sad when he imagines a world without his brother in it, and he wonders if that’s how Erik’s friends feel. Dash-One (8) can tell you about Operation Red Wings a bit, and is starting to internalize why E-Day is important. My children and yours will grow up with a level of understanding that far outpaces their peers when asked what it means to serve. E-Day reminds us that no Soldier lost is an island. No Airman dies alone. No Marine is ever left behind by his family, and no Sailor is ever forgotten.

You should know that I never met Erik. My first introduction to him was at his funeral. I was 32, Erik was 33. Just getting started with my Navy gig, I thought I had married into this MilSpouse thing with my eyes wide open, but like so many times before, I was wrong. There is nothing natural about parents losing their child. There is nothing just about burying a young man, and there is nothing like a military funeral to make you grateful for the daily freedoms you enjoy. E-Day, for this family, is personal.

That’s what a military celebration is supposed to be about. Some believe that celebration is all anonymous pomp and circumstance that loosely marks a concept that they’re supposed to be thankful for. American military holidays can be … sterile … in the way the mainstream paints them. There are those who protest military events and wonder why Americans have to be such hate-mongers when really, if we all just sat at a round table in an air conditioned room far from the desert surely the world’s conflicts could quite simply be resolved. We choose to recognize that the 2.2+ million souls who populate this country’s military are daughters and sons, and that they each stand a necessary post. Erik was a patriot, brother to none but brother to so very many. And every June we will continue to gather in his name, and celebrate his life.

“Sara Gibb is a Navy wife and mom of three insanely active, freakishly tall  bundles of joy. She hangs her professional hat at www.cwist.com, a crowd-sourced interactive library of educational, community service and outdoor challenges for kids.”