Eating disorders, disordered eating: A look into the personal struggle for balance

For almost two decades, the spouse of an active duty service member kept a secret from loved ones. No one... 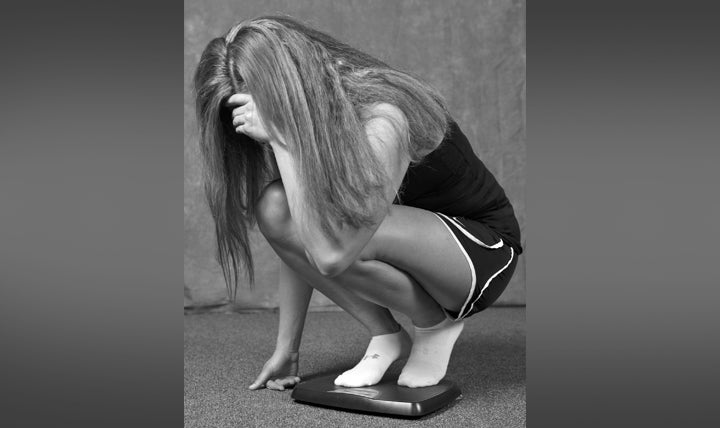 For almost two decades, the spouse of an active duty service member kept a secret from loved ones. No one knew of her guilt after she binged on a bag of cookies or snuck candy when she was alone. She was overweight, and yet remained determined to cut out sugar and treats. Her struggle with food continued for years, but she never expected to hear a psychiatrist diagnose a binge eating disorder.

“Not even my husband knew,” said the spouse, who preferred to remain anonymous. Food was constantly on her mind. She learned she had a disorder after starting the process for gastric bypass, which required an appointment with a psychiatrist before surgery.

“I was in total denial,” said the spouse, who underwent about eight months of treatment. “But when I started going through therapy, I thought, ‘Yeah, you know what, I do have that.’ Therapy has changed my life.”

While most people would have been surprised to learn of her disorder, being overweight had a big impact on her life and her health, she said. In therapy, she talked about why and when she binged, which helped her become more aware of her habits. In just nine weeks, she lost 44 pounds. While it hasn’t been easy, she’s healthier, happier, and able to think of food differently than before treatment.

Despite the name, eating disorders are about more than nutrition. These disorders involve psychological, physiological, and behavioral characteristics. According to the National Institute of Mental Health, eating disorders include anorexia nervosa, bulimia nervosa, and binge eating, and can often coexist with depression, anxiety disorders, and substance abuse.

Anorexia nervosa, the most deadly of the disorders, is characterized by extreme thinness and food restriction. People with anorexia have a distorted body view, usually seeing themselves as overweight rather than severely underweight. Bulimia nervosa involves frequent episodes of eating unusually large amounts of food, followed by purging, excessive exercise, or strict food restriction. Binge eating, the most common eating disorder in the United States, occurs when someone loses control over his or her eating and consumes an unusually large amount of food in a single sitting. Unlike bulimia, binge eating isn’t followed by excessive exercise, purging, or food restrictions.

Angela Gray, a licensed clinical psychologist for the Psychological Health Center of Excellence, said eating disorders can affect people of any age and any weight. Both women and men are impacted by eating disorders, but women are more likely to show symptoms and seek treatment, she added.

While no specific causes have been found, risk factors include a mix of biological, environmental, and psychological factors, according to information provided by NIMH. Factors such as trauma, major life changes, or family history can contribute to an individual’s risk for developing an eating disorder.

“Any time you’re looking at large life shifts, that can be a time period where somebody feels a loss of control, and sometimes that loss of control and not being sure how to cope with those emotions will channel into focusing on food,” said Army Maj. Susan Stankorb, a dietitian at Blanchfield Army Community Hospital at Fort Campbell, Kentucky.

Symptoms include difficulty concentrating, being withdrawn, and looking distressed during group meals, said Gray. Other signs include preoccupation with thoughts of food or meal preparation, over exercising (such as spending three or four hours at a time in the gym), skipping meals, and losing weight, she added.

Treatment for eating disorders is usually geared to meeting individual needs. According to information from NIMH, the goal of treatment is to restore nutrition, maintain a healthy weight, and reduce harmful behaviors, such as excessive exercise and purging. The first line of treatment is psychotherapy, such as cognitive behavioral health therapy; however, treatment can also include nutritional counseling, medications, and group or family psychotherapy.

“Ultimately, we want to make sure that everyone is operating at their optimal psychological and physical health,” said Gray.